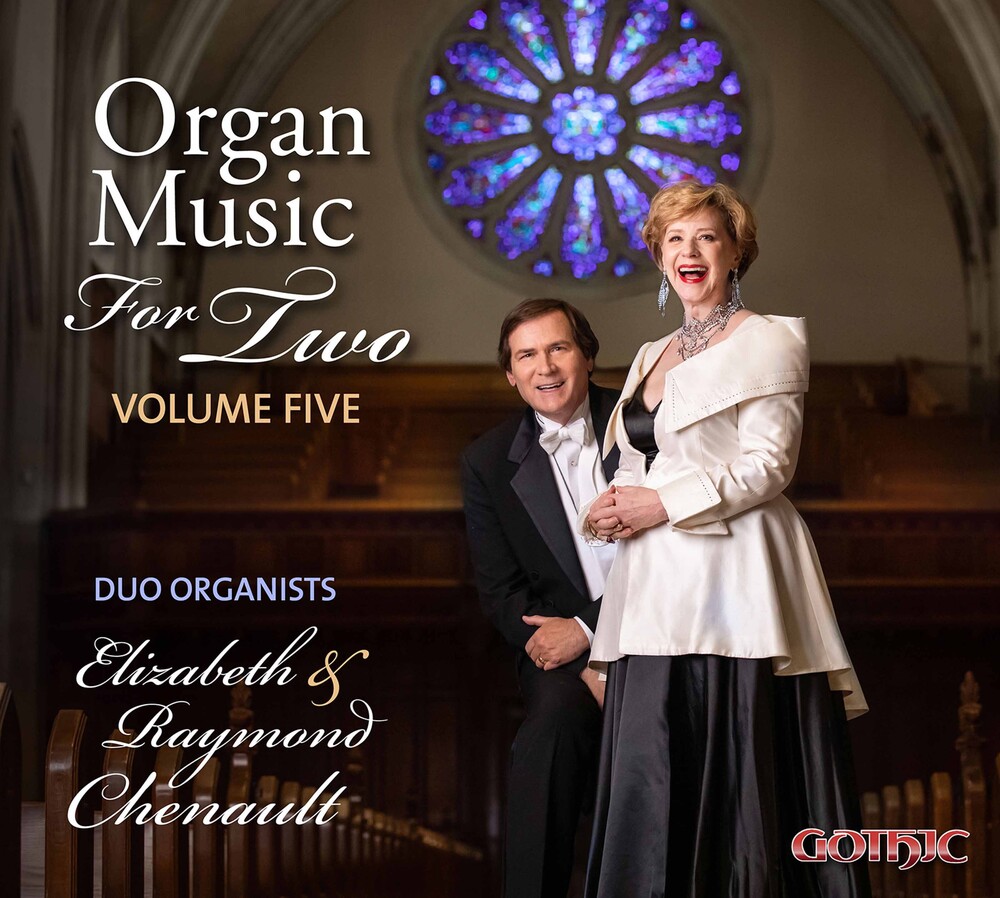 The present release features new commissions based on familiar tunes and other premiere performances make this fifth volume a delightful and entertaining addition to the unique repertoire of organ music for two. America's celebrated duo organists, Elizabeth and Raymond Chenault, have made a significant contribution to organ repertoire by commissioning, arranging, premiering and recording over 70 organ duets. For their renowned artistry they have indisputably earned the title "The World's Premiere Duo-Organ Team." The Cathedral's organ was designed, built, and installed in 1962 as the Aeolian-Skinner Opus1399. In 1992, after significant acoustical renovations to the Cathedral nave, the organ was re-voiced by John Hendrickson, who previously had worked for Aeolian-Skinner, and had helped to install the Cathedral's organ. In the mid-1990s, a Tuba stop was added to the Solo division by Austin Organs, Inc. In 2011, anew console was designed, built, and installed by Schoenstein and Co., to replace the original console of 1962.
PRICES ON PIRANHARECORDS.NET DO NOT REFLECT THE PRICES IN OUR RETAIL STORE LOCATION. "IN STOCK" ON PIRANHARECORDS.NET DOES NOT REFLECT 'IN STOCK' AT OUR RETAIL LOCATION, HOWEVER IT MEANS WE HAVE QUICK ORDER FULFILLMENT (GENERALLY 2-3 BUSINESS DAYS).
back to top