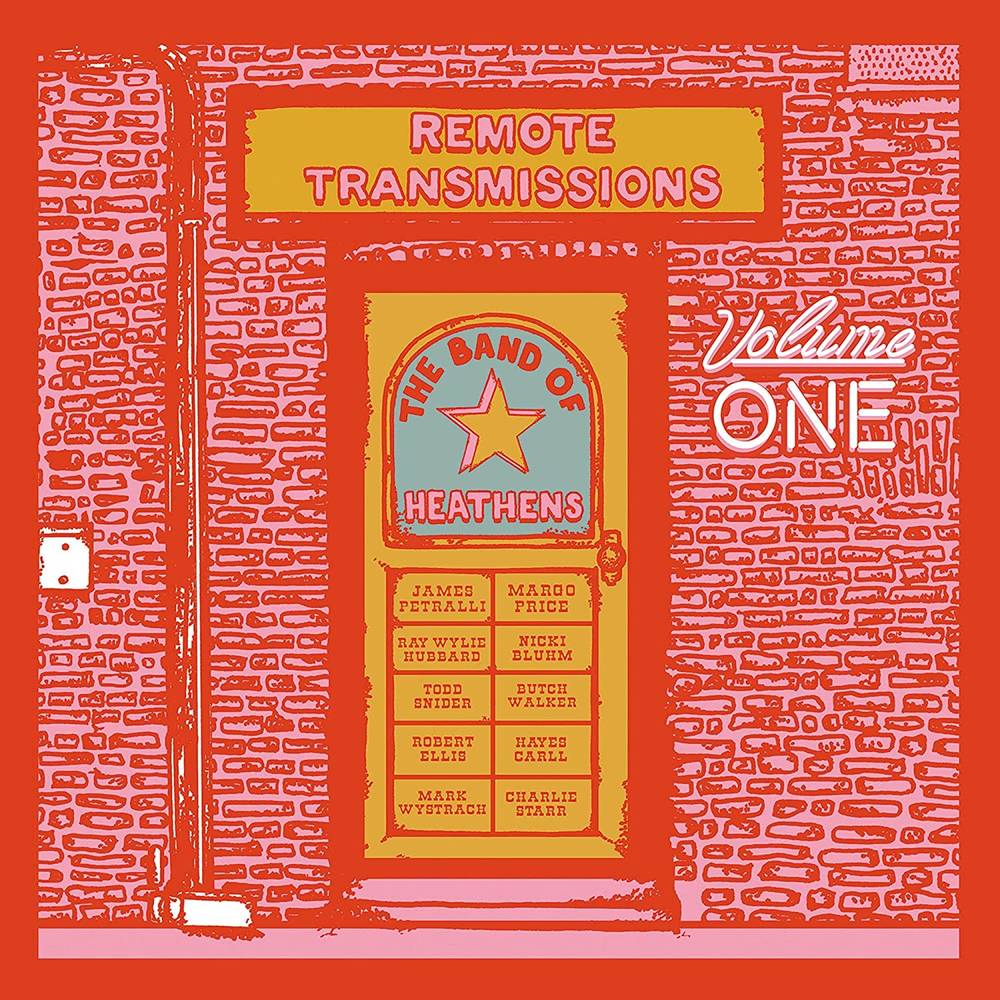 2022 release. With their professional lives on hold during the pandemic, The Band of Heathens found a year-long creative workaround. Every Tuesday night, the five-piece group came together via Zoom from their respective homes - from L.A. to Asheville - to host the Good Time Supper Club, a ninety-minute variety program. "It was nice to be able to use music as a connective thread and something that's healing," says guitarist-vocalist Ed Jurdi. "We were doing it for ourselves, but the greatest benefit was how it created this community for us to hang out with our fans." Guitarist-vocalist and fellow founding member Gordy Quist agrees. "The show was like a release, where we all connected and forgot about the stuff going on around us. At some point, we decided to bring in guests for an interview, and that turned into 'Hey, let's pre-record a music video of a cover song with each of them.'" That segment of the show, called Remote Transmissions, became a much-anticipated fan favorite each week. And it is now the title of their latest album, featuring covers of ten classic songs with guest vocals by the likes of Margo Price, Ray Wylie Hubbard and Charlie Starr. It's just the latest innovative move for The Band Of Heathens, who over the last fifteen years have released nine acclaimed albums of roots rock originals, played festivals like Bonnaroo and South by Southwest, and toured the world many times over (Rolling Stone calls them "a smoking live band"), all while remaining that rarest of birds - a truly independent group.
PRICES ON PIRANHARECORDS.NET DO NOT REFLECT THE PRICES IN OUR RETAIL STORE LOCATION. "IN STOCK" ON PIRANHARECORDS.NET DOES NOT REFLECT 'IN STOCK' AT OUR RETAIL LOCATION, HOWEVER IT MEANS WE HAVE QUICK ORDER FULFILLMENT (GENERALLY 2-3 BUSINESS DAYS).
This website uses cookies to personalize content and analyse traffic in order to offer you a better experience.
I accept Learn More
back to top