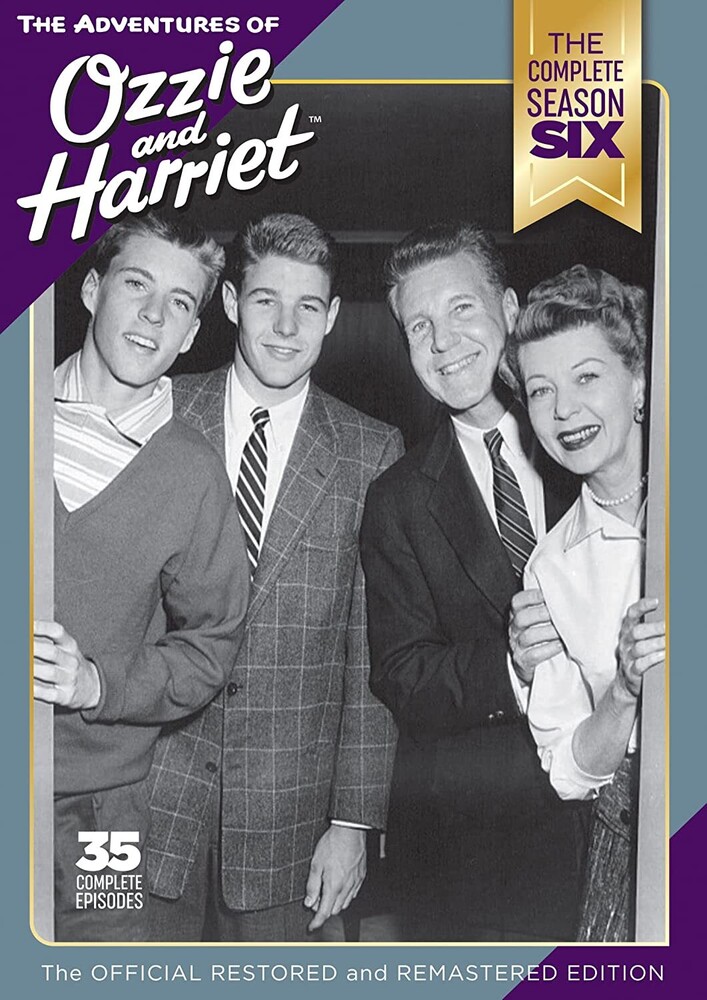 In 1952, bandleader Ozzie Nelson and actress/singer spouse Harriet Hilliard brought the radio sitcom that fictionalized their suburban Southern California home life to ABC, where it regularly charmed America for a remarkable 14-season run. The couple's sons David and Ricky grew from boys to men over the course of the series, which also launched Ricky's rise to pop music prominence. Regulars over the years included Don DeFore, Parley Baer, Lyle Talbot, and the real-life wives of David (June Blair) and Rick (Kristin Harmon).35 episodes on 4 discs. 17 1/2 hrs. Standard; Soundtrack: English.
PRICES ON PIRANHARECORDS.NET DO NOT REFLECT THE PRICES IN OUR RETAIL STORE LOCATION. "IN STOCK" ON PIRANHARECORDS.NET DOES NOT REFLECT 'IN STOCK' AT OUR RETAIL LOCATION, HOWEVER IT MEANS WE HAVE QUICK ORDER FULFILLMENT (GENERALLY 2-3 BUSINESS DAYS).
This website uses cookies to personalize content and analyse traffic in order to offer you a better experience.
I accept Learn More
back to top