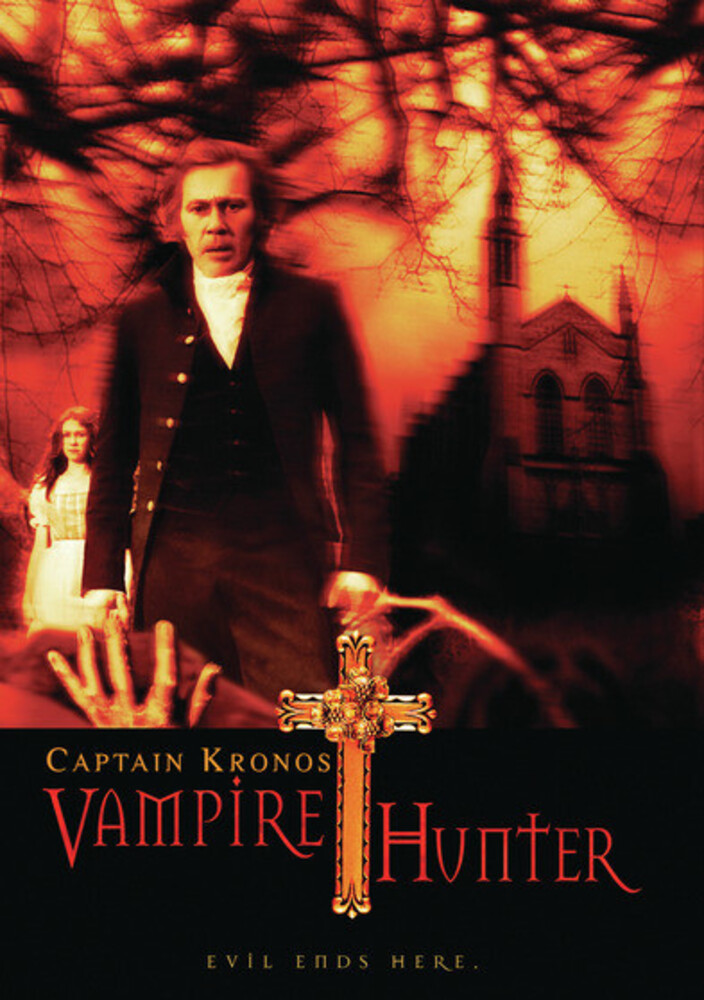 BACK ON DVD! In a small village in the remote English countryside, several young maidens have been found dead - their beautiful faces horribly aged almost beyond recognition. Suspecting a supernatural evil at work, the local doctor calls on Army friend and famed vampire hunter Captain Kronos, an expert swordsman formerly of the King's Imperial Guard. Aided by his expert assistant, Professor Grost, the two quickly confirm the gruesome murders are the work of a unique type of vampire, one who drains it's victims not of their blood, but of their youth! After forging a lethal new sword from an old graveyard cross, the vampire hunters set out to put an end to evil's reign of terror in this Hammer Films horror classic.