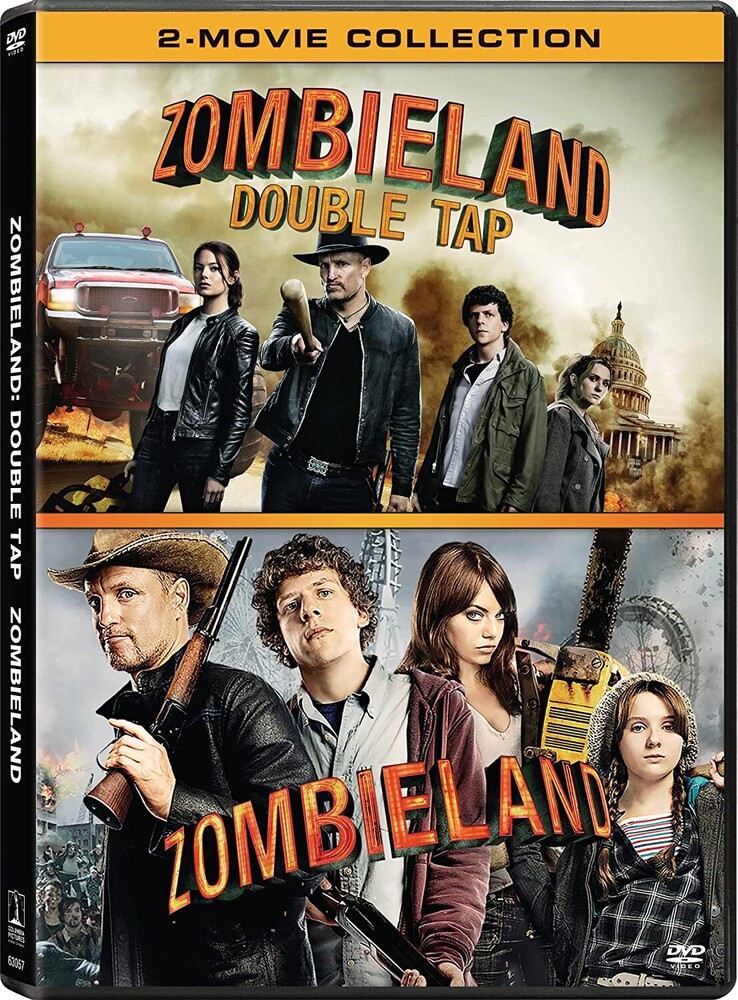 Two-disc set includes: Zombieland (2009)In the tradition of "Shaun of the Dead," this fun-filled mix of horror, comedy, and action focuses on two guys (Woody Harrelson and Jesse Eisenberg) and two girls (Emma Stone and Abigail Breslin) who are trying to survive in an America infested with the undead. The foursome must trek across a zombie-laden landscape to make it to a Los Angeles amusement park rumored to be a safe zone, encountering famed actor Bill Murray (as himself) along the way. Amber Heard, Mike White co-star. 88 min. C/Rtg: R Zombieland: Double Tap (2019)It's a decade into the zombie apocalypse, and Tallahassee (Woody Harrelson), Columbus (Jesse Eisenberg), Wichita (Emma Stone), and Little Rock (Abigail Breslin) are as dysfunctional as ever. Joined by fellow survivors Nevada (Rosario Dawson) and Madison (Zoey Deutch), can the group defeat a batch of the undead monsters that have evolved into even deadlier creatures? Avan Jogia and Luke Wilson also star in this action-packed sequel to the 2009 horror/comedy hit. 99 min. C/Rtg: R Widescreen (Enhanced); Soundtrack: English.
PRICES ON PIRANHARECORDS.NET DO NOT REFLECT THE PRICES IN OUR RETAIL STORE LOCATION. "IN STOCK" ON PIRANHARECORDS.NET DOES NOT REFLECT 'IN STOCK' AT OUR RETAIL LOCATION, HOWEVER IT MEANS WE HAVE QUICK ORDER FULFILLMENT (GENERALLY 2-3 BUSINESS DAYS).
This website uses cookies to personalize content and analyse traffic in order to offer you a better experience.
I accept Learn More
back to top