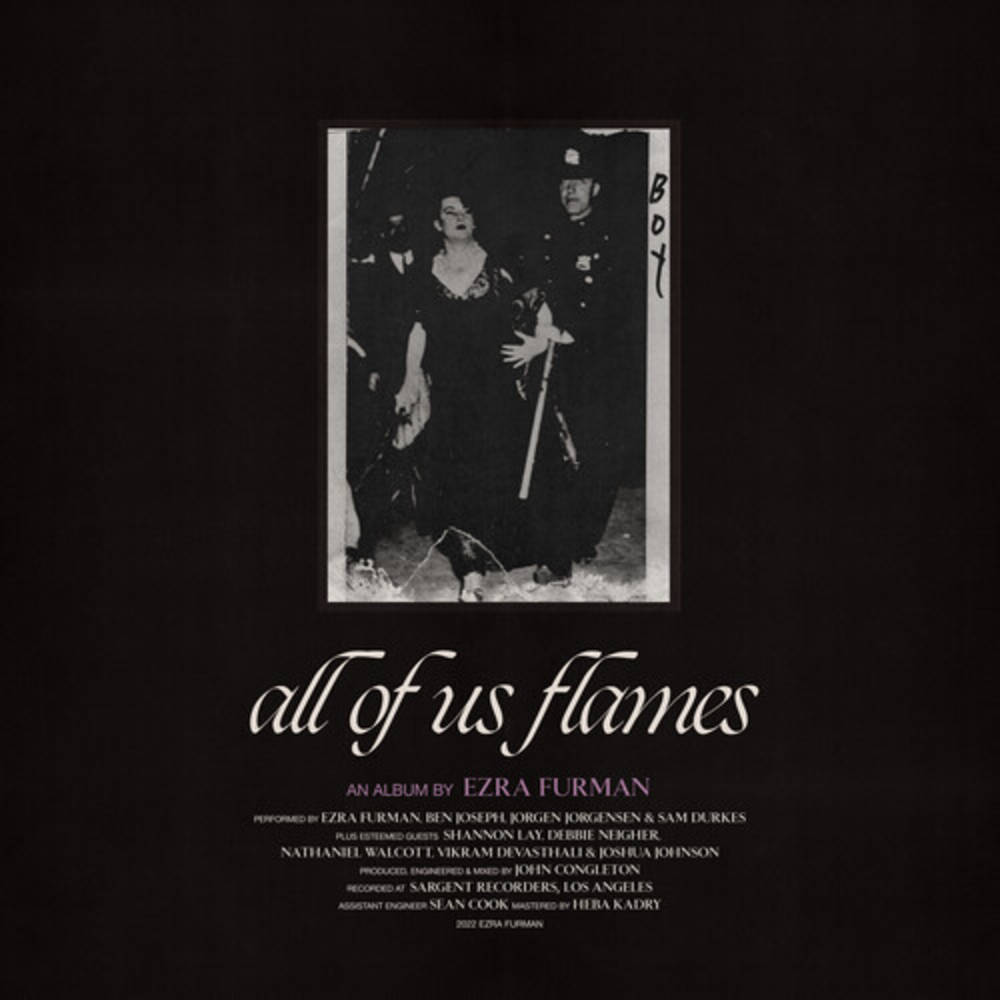 As a singer, songwriter, and author whose incendiary music has soundtracked the Netflix show Sex Education, Ezra Furman has for years woven together stories of queer discontent and unlikely, fragile intimacies. She has a knack for zeroing in on the light that sparks when struggling people find each other and ease each other's course. All of Us Flames widens that focus to a communal scope, painting transformative connections among people who unsettle the stories power tells to sustain itself. Produced by John Congleton in L.A., All of Us Flames unleashes Furman's songwriting in an open, vivid sound world whose boldness heightens the music's urgency. The record arrives as the third installment in a trilogy of albums, beginning with 2018's Springsteen-inflected road saga Transangelic Exodus and continuing with the punk rock fury of 2019's Twelve Nudes. "This is a first person plural album," Furman says. "It's a queer album for the stage of life when you start to understand that you are not a lone wolf, but depend on finding your family, your people, how you work as part of a larger whole. I wanted to make songs for use by threatened communities, and particularly the ones I belong to: trans people and Jews."She wrote much of Flames during the early months of the pandemic. "I had no time alone anymore; my house was super crowded," she says. She drove to seek solitude, parked in arbitrary quiet spots around Massachusetts, and began to write. The songs that came flowed toward ideas of communality and networks of care, systems of survival cultivated by necessity among people who have been historically deprived of them
PRICES ON PIRANHARECORDS.NET DO NOT REFLECT THE PRICES IN OUR RETAIL STORE LOCATION. "IN STOCK" ON PIRANHARECORDS.NET DOES NOT REFLECT 'IN STOCK' AT OUR RETAIL LOCATION, HOWEVER IT MEANS WE HAVE QUICK ORDER FULFILLMENT (GENERALLY 2-3 BUSINESS DAYS).
This website uses cookies to personalize content and analyse traffic in order to offer you a better experience.
I accept Learn More
back to top