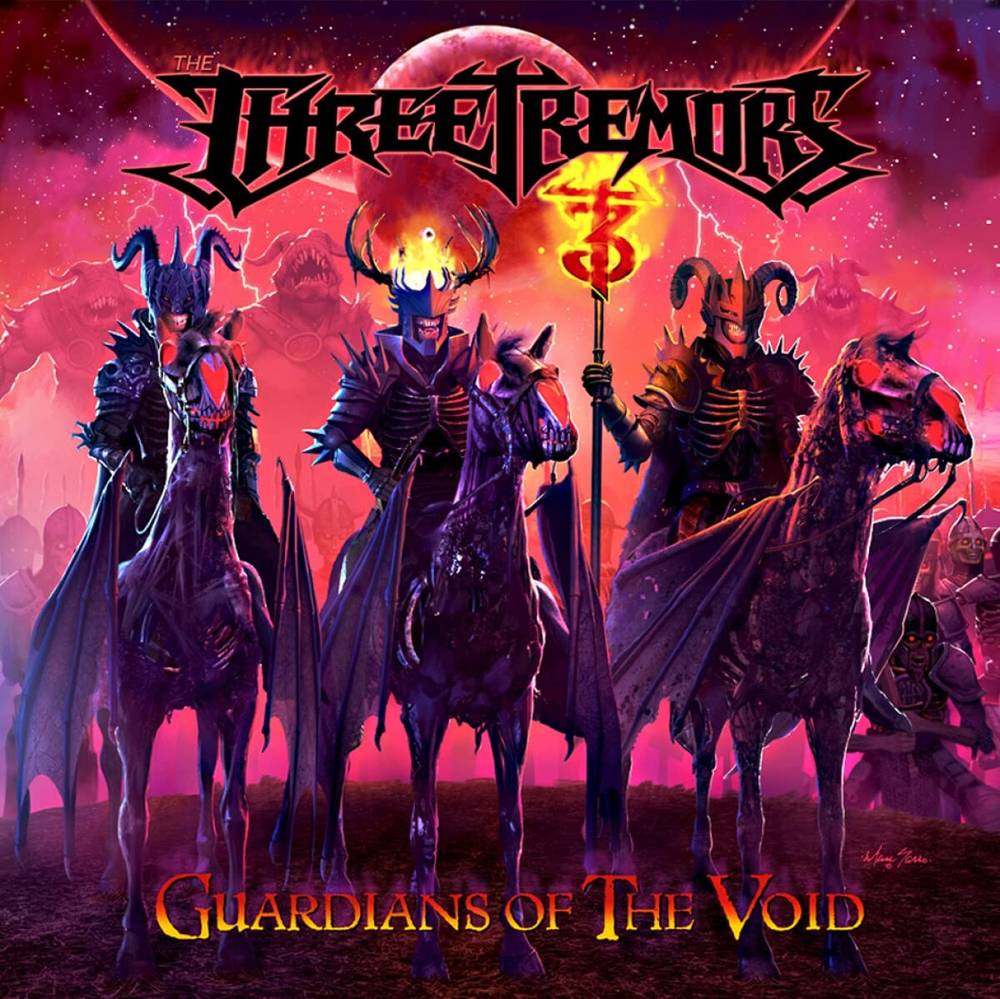 The Three Tremors featuring Tim "Ripper" Owens (JUDAS PRIEST, YNGWIE MALMSTEEM a.m.m.), Harry "The Tyrant" Conklin (JAG PANZER, RIOT V a.m.m), and Sean "The Hell Destroyer" (CAGE, DEATH DEALER a.m.m.) have announced the release of their new album, 'GUARDIANS OF THE VOID,' and a corresponding US Tour for November 2021. Coming off the successful release of their self-titled debut album, several North American and European tours, the release of the solo versions of the first album, and festival performances, the Three Tremors shot out of a cannon at a frantic pace - when the shutdown forced them to cut short their North American tour in the middle of their run in early 2020. However, they wasted no time and got to work on another new album. Now their sophomore effort "Guardians Of The Void" is ready for blast off and will hit the streets worldwide November 5th, 2021. Twelve songs are found on this wicked rocker of an album, and once again, they cover all the bases of heavy metal. Artwork by Marc Sasso
PRICES ON PIRANHARECORDS.NET DO NOT REFLECT THE PRICES IN OUR RETAIL STORE LOCATION. "IN STOCK" ON PIRANHARECORDS.NET DOES NOT REFLECT 'IN STOCK' AT OUR RETAIL LOCATION, HOWEVER IT MEANS WE HAVE QUICK ORDER FULFILLMENT (GENERALLY 2-3 BUSINESS DAYS).
This website uses cookies to personalize content and analyse traffic in order to offer you a better experience.
I accept Learn More
back to top