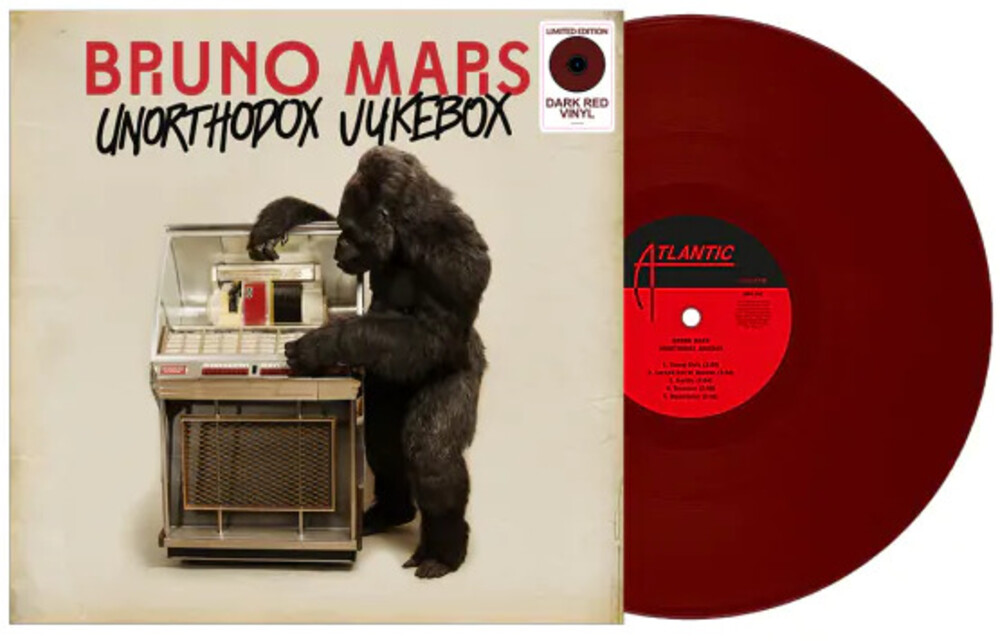 Celebrating the 10th Anniversary of "Unorthodox Jukebox", a limited Dark Red Vinyl edition will be released on the 17th June, with the pre-order going live on the 19th May. "Unorthodox Jukebox" is the second studio album by American singer and songwriter Bruno Mars. It debuted at #2 on the US Billboard 200, The record also reached #1 in Australia, Canada, Switzerland, and the U.K.. It became Mars's fastest-selling album in the latter country in 2012, the third best-selling album in Australia in 2013, and the fifth best-selling in the United States in 2013. The International Federation of the Phonographic Industry (IFPI) reported that Unorthodox Jukebox was globally the fourth best-selling album in 2013. "Unorthodox Jukebox" also won the Grammy Award for Best Pop Vocal Album at the 56th Grammy Awards.
PRICES ON PIRANHARECORDS.NET DO NOT REFLECT THE PRICES IN OUR RETAIL STORE LOCATION. "IN STOCK" ON PIRANHARECORDS.NET DOES NOT REFLECT 'IN STOCK' AT OUR RETAIL LOCATION, HOWEVER IT MEANS WE HAVE QUICK ORDER FULFILLMENT (GENERALLY 2-3 BUSINESS DAYS).
This website uses cookies to personalize content and analyse traffic in order to offer you a better experience.
I accept Learn More
back to top