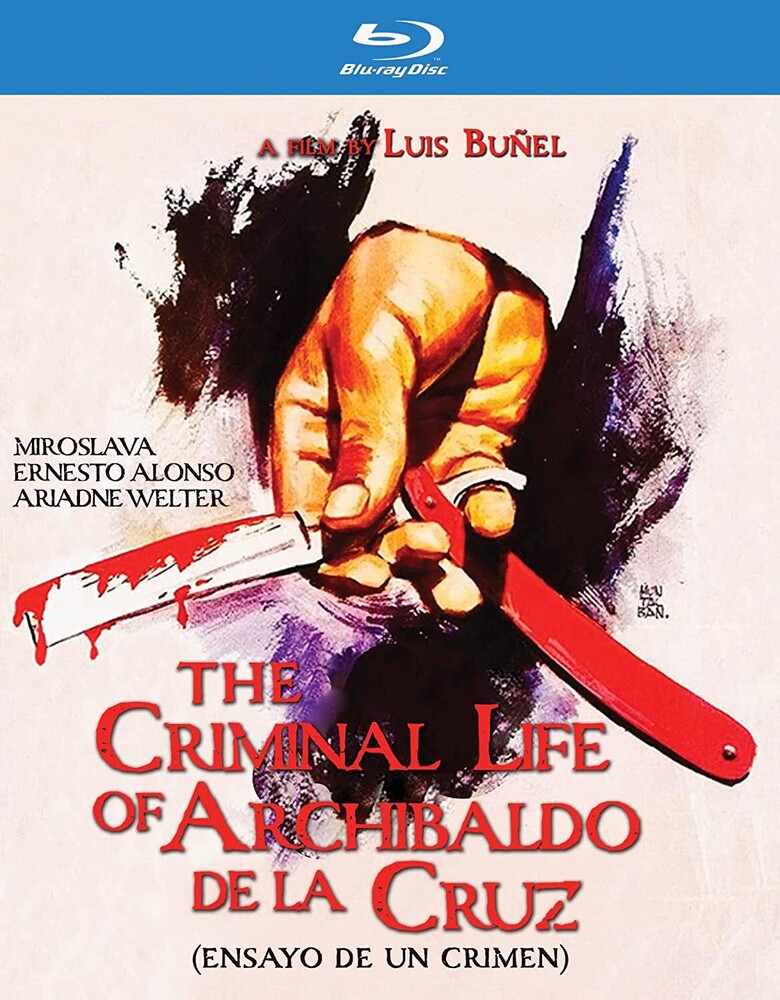 Possibly Luis Bunuel's most underrated film, "The Criminal Life of Archibaldo de la Cruz" is executed in traditional Bunuel fashion, where macabre meets comedy.The story begins when an overindulged young boy of 'privilege' is shown a music box, which is a family air loom, alleged to cause the death of an enemy when played. The boy decides to test it out, setting his sights on his nanny, who'd recently offended him, wishing for her death. When moments later, a stray bullet from a revolutionary's gun sails though the window killing her, the twisted boy is convinced this was no accident and finds that he likes his newfound 'power'. Taking on the mind of a serial killer, he carries this mindset into adulthood, plotting, planning, fanaticizing, and 'wishing', with women as his victims. The irony of it all is, his efforts to carry out these crimes are always thwarted by outside forces, be it 'twist of fate' or 'Providence', making him a serial killer in 'mind' only.
PRICES ON PIRANHARECORDS.NET DO NOT REFLECT THE PRICES IN OUR RETAIL STORE LOCATION. "IN STOCK" ON PIRANHARECORDS.NET DOES NOT REFLECT 'IN STOCK' AT OUR RETAIL LOCATION, HOWEVER IT MEANS WE HAVE QUICK ORDER FULFILLMENT (GENERALLY 2-3 BUSINESS DAYS).
This website uses cookies to personalize content and analyse traffic in order to offer you a better experience.
I accept Learn More
back to top