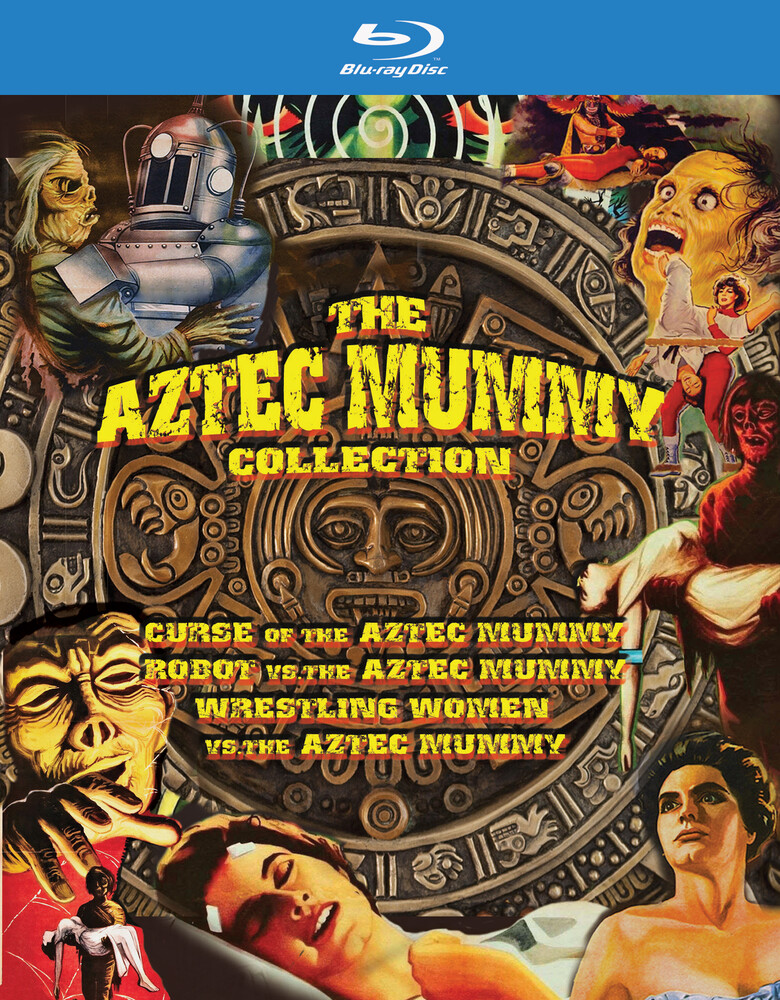 Curse of the Aztec Mummy: features the walking dead Popoca. Throw in some mobsters led by a tough guy called The Bat and his enemy a masked superhero wrestler called The Angel. The most rarely seen of the Popoca series, this Mayan mummy moving is dizzyingly familiar.The Robot vs. The Aztec Mummy: Out to find the ancient Aztec treasure, a mad scientist referred to as "The Bat," builds a giant humanoid robot to conquer the mummy warrior who is guarding the treasure's map and the tomb where the treasure is located. This is the K. Gordon Murray version. Wrestling Women vs. The Aztec Mummy: The Wrestling Women were 2 beautiful female Mexican Luchadoras who starred in a series of 5 Wrestling/Horror movies made in the 1960's; Their two most famous films were "DOCTOR OF DOOM" (1960) and this one, in which they go up against Popoca, the Aztec Mummy; The Mummy was originally introduced in a series of 3 Mexican horror films all released in 1957, and was a true fan-favorite with Mexican Monster Movie buffs; now you can witness his titanic encounter with the voluptuous Wrestling Women
PRICES ON PIRANHARECORDS.NET DO NOT REFLECT THE PRICES IN OUR RETAIL STORE LOCATION. "IN STOCK" ON PIRANHARECORDS.NET DOES NOT REFLECT 'IN STOCK' AT OUR RETAIL LOCATION, HOWEVER IT MEANS WE HAVE QUICK ORDER FULFILLMENT (GENERALLY 2-3 BUSINESS DAYS).
This website uses cookies to personalize content and analyse traffic in order to offer you a better experience.
I accept Learn More
back to top