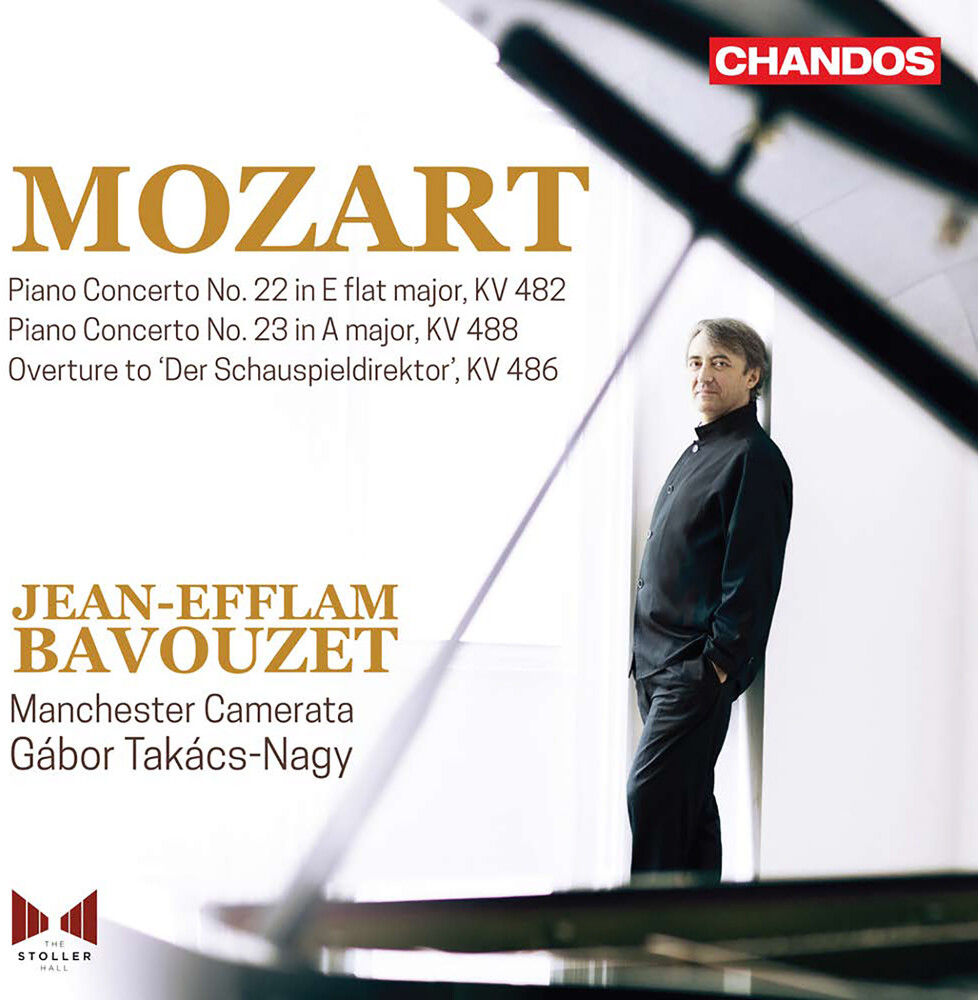 Described by BBC Music Magazine as 'Mozart music-making of altogether superior quality', Jean-Efflam Bavouzet's acclaimed Mozart Concertos series reaches Vol. 6. Along with Concerto No. 24, K. 491, the two concertos presented here were composed in Vienna in the winter of 1785 - 86, at a time when Mozart was working on Le nozze di Figaro. He was at the height of his fame as composer, virtuoso pianist, and teacher. These three concertos were all written for his own use in the concerts of that winter, and remained unpublished during his lifetime. Der Schauspieldirektor (The Impresario) was commissioned by Emperor Joseph II for an important state visit and performed at SchĂ¶nbrunn palace on 7 February 1786. The Overture highlights Mozart's innate ability as an orchestrator, and serves as a demonstration piece for GĂˇbor TakĂˇcs-Nagy and the wonderful musicians of Manchester Camerata.
PRICES ON PIRANHARECORDS.NET DO NOT REFLECT THE PRICES IN OUR RETAIL STORE LOCATION. "IN STOCK" ON PIRANHARECORDS.NET DOES NOT REFLECT 'IN STOCK' AT OUR RETAIL LOCATION, HOWEVER IT MEANS WE HAVE QUICK ORDER FULFILLMENT (GENERALLY 2-3 BUSINESS DAYS).
This website uses cookies to personalize content and analyse traffic in order to offer you a better experience.
I accept Learn More
back to top