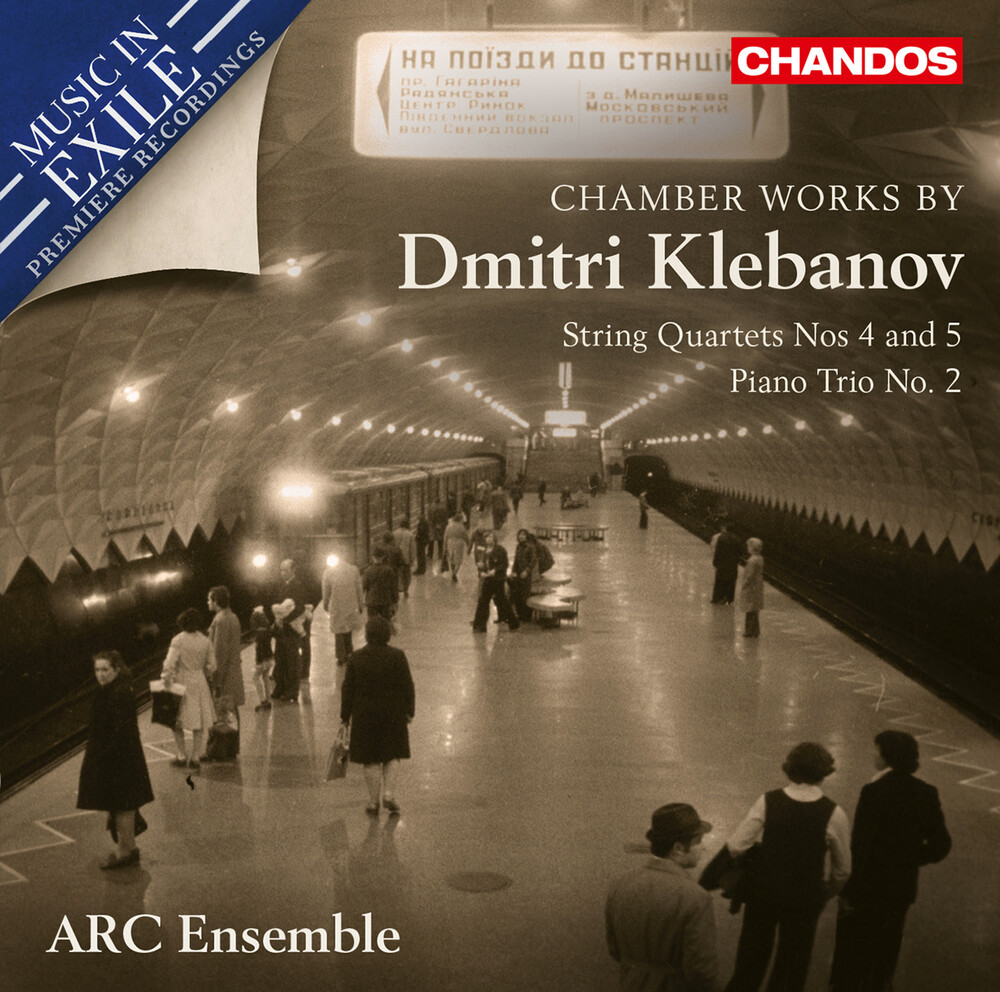 The ARC Ensemble (Artists of The Royal Conservatory) is among Canada's most distinguished cultural ambassadors. It focuses on researching and recovering music suppressed under the totalitarian regimes of the twentieth century and marginalized thereafter. Exile is generally associated with geographical displacement, but the idea of 'internal exile' has long had currency. There was a protracted variety of this exile in the Soviet Union: State oversight of musical style and substance began in the 1920s and persisted until well after Stalin's death, in 1953. Unlike the Central European composers who were murdered or exiled under National Socialism, and whose music is now being assessed and revived, a great number of the musical casualties of the Soviet era still await serious attention. The Ukrainian-Jewish composer Dmitri Klebanov was something of a prodigy but fell foul of the authorities with his first symphony, of 1945 (based, like Shostakovich's Thirteenth, on the slaughter of Jews at Babi Yar). His professional rehabilitation began during the Khrushchev era when, in 1960, the Kharkiv Institute appointed him associate professor. In addition to the works recorded here, Klebanov's legacy includes nine symphonies, two concertos each for violin and for cello, various works for violin and piano, several operas and ballets, around a hundred songs (most of which remain in manuscript), and nearly two dozen film scores.
PRICES ON PIRANHARECORDS.NET DO NOT REFLECT THE PRICES IN OUR RETAIL STORE LOCATION. "IN STOCK" ON PIRANHARECORDS.NET DOES NOT REFLECT 'IN STOCK' AT OUR RETAIL LOCATION, HOWEVER IT MEANS WE HAVE QUICK ORDER FULFILLMENT (GENERALLY 2-3 BUSINESS DAYS).
back to top