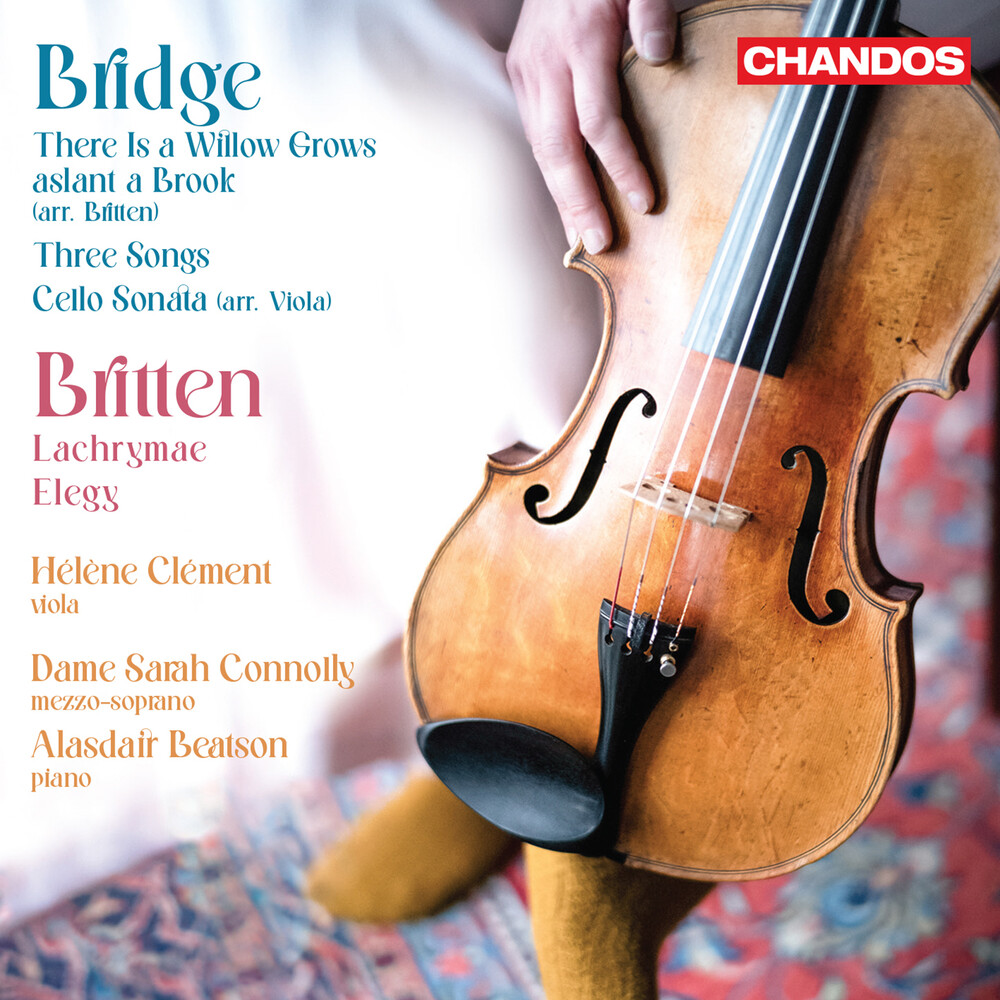 HĂ©lĂ¨ne ClĂ©ment, violist with the Doric String Quartet, is the current holder of the viola previously owned by both Bridge and Britten. Her ambition, quickly formed once she first played this instrument, has been to create a testament to both composers and the instrument that binds them all together. This recording, where HĂ©lĂ¨ne is joined by pianist Alasdair Beatson and Dame Sarah Connolly, is the realization of that ambition. HĂ©lĂ¨ne writes: 'Frank Bridge owned and played the beautiful viola made by Francesco Giussani, in Italy, in 1843. Benjamin Britten was Frank Bridge's most beloved pupil, and Bridge gave him the viola as a parting gift when Britten had to embark on a ship's journey to the United States at the outbreak of the Second World War. The composers were never to see each other again. To record the viola repertoire of both composers, producing the very sound that they would have had in their ears, the sound that inspired their love for the instrument and it's special language, became a priority for me.'
PRICES ON PIRANHARECORDS.NET DO NOT REFLECT THE PRICES IN OUR RETAIL STORE LOCATION. "IN STOCK" ON PIRANHARECORDS.NET DOES NOT REFLECT 'IN STOCK' AT OUR RETAIL LOCATION, HOWEVER IT MEANS WE HAVE QUICK ORDER FULFILLMENT (GENERALLY 2-3 BUSINESS DAYS).
This website uses cookies to personalize content and analyse traffic in order to offer you a better experience.
I accept Learn More
back to top