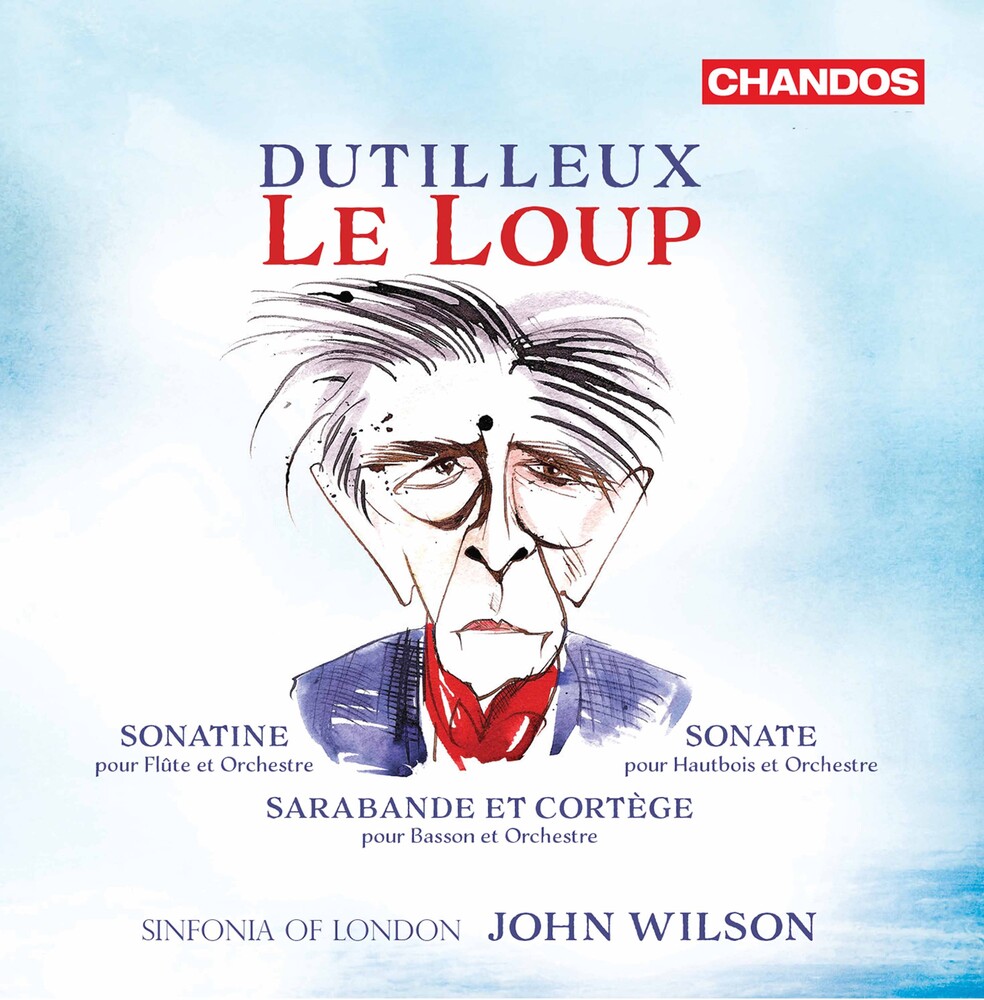 Following the success of their previous album, English Music for Strings, John Wilson and his Sinfonia of London turn their attention to the music of Henri Dutilleux. His ballet Le Loup was composed as a commission for Roland Petit's dance company and premièred in Paris in March 1953. Rarely recorded - this is the first recording by a non-French orchestra - the work unfolds in three tableaux and tells a convoluted tale of a bridegroom who jilts his bride (to run away with a gypsy) by persuading her that he has been changed into a wolf. Over time she discovers that the wolf is real, but her feelings turn from terror to love and when the alarmed villagers hunt the wolf, she defends him and dies at his side. The album is completed by three world première recordings of new orchestrations (by Kenneth Hesketh) of wind solos written for the Paris Conservatoire in the 1940s. Both the Sarabande et Cortège and Sonate pour hautbois are virtuosic tours de force for their soloists, as is the Sonatine pour flûte, which displays the lyricism, agility, and sparkling incisive qualities of the flute in what became Dutilleux's most-performed work.
PRICES ON PIRANHARECORDS.NET DO NOT REFLECT THE PRICES IN OUR RETAIL STORE LOCATION. "IN STOCK" ON PIRANHARECORDS.NET DOES NOT REFLECT 'IN STOCK' AT OUR RETAIL LOCATION, HOWEVER IT MEANS WE HAVE QUICK ORDER FULFILLMENT (GENERALLY 2-3 BUSINESS DAYS).
back to top