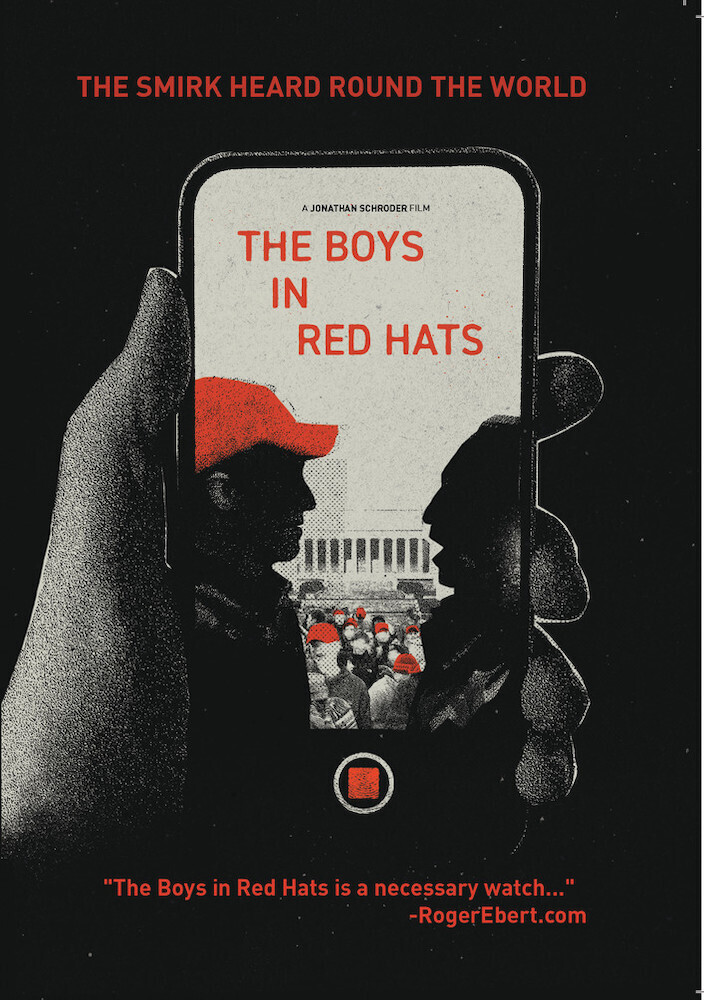 January 18, 2019: it was the smirk heard round the world. Surrounded by cheering classmates on the steps of the Lincoln Memorial in Washington, D.C., 17-year old Nick Sandmann, a student at northern Kentucky's private, affluent Covington Catholic High School, instantly and unwittingly became a global headline, internationally villainized on social media and in the 24-hour news cycle as he appeared to confront Nathan Phillips, a Native American elder attempting to keep the peace at that year's heated March for Life rally by beating a ceremonial drum as he moved through the crowds. Overnight, video clips of the interaction went viral, Sandmann and his classmates hit with a tidal wave of worldwide outrage, their safety threatened and the entire Cov Cath community suddenly at the center of uncomfortable conversations about racism, privilege and politics. A graduate of that elite institution, filmmaker Jonathan Schroder watched the incident-and the subsequent media blowback-with keen interest, knowing firsthand the deeply formative nature of an adolescence spent inside the entitled Covington Catholic bubble. Seeking to better understand the scene on the steps, the people involved in it and it's larger ramifications for the community, the media and our democracy as a whole, Schroder set out to investigate how one fleeting interaction can become a global controversy. Along the way, The Boys in the Red Hats deftly explores the media's obsession with immediacy over accuracy, the danger in prioritizing intent over impact and what it's going to take if we ever hope to bridge the deep divides in our communities-and our country.
PRICES ON PIRANHARECORDS.NET DO NOT REFLECT THE PRICES IN OUR RETAIL STORE LOCATION. "IN STOCK" ON PIRANHARECORDS.NET DOES NOT REFLECT 'IN STOCK' AT OUR RETAIL LOCATION, HOWEVER IT MEANS WE HAVE QUICK ORDER FULFILLMENT (GENERALLY 2-3 BUSINESS DAYS).
This website uses cookies to personalize content and analyse traffic in order to offer you a better experience.
I accept Learn More
back to top