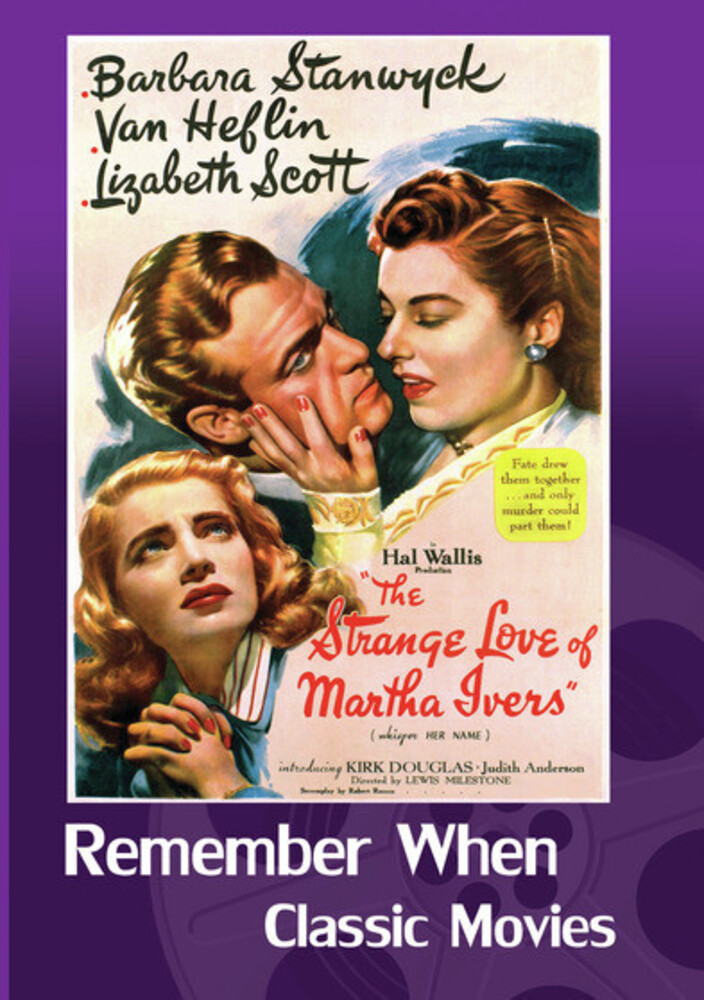 The Strange Love of Martha Ivers is a 1946 American film noir drama starring Barbara Stanwyck, Van Heflin and features Kirk Douglas in his first film debut. In 1928 in a Pennsylvania town named Iverstown a thirteen-year-old girl Martha Ivers (Barbara Stanwyck) tries to run away from her domineering guardian aunt, Mrs. Ivers (Judith Anderson). Martha is retrieved and brought home to be scolded by her aunt as Martha proclaims her surname is not Ivers, but Smith after her father's name. Sam Masterson (Darryl Hickman) is a small child also under the control of Mrs. Ivers. During a power failure Sam comes for Martha, but Martha's aunt hears her calling to him from downstairs. Mrs. Ivers begins to beat Martha's kitten with her cane, but Martha wrestles the cane away and strikes Mrs. Ivers across the head with an iron poker, causing her to die. When the power comes back on Martha lies about the incident, and Sam backs her up. Seventeen years later Walter Jr. (Kirk Douglas) is now Iverstown's district attorney and is married to Martha who has used her inheritance to expand the Ivers milling empire. Their marriage in one-sided as Walter knows he loves Martha, but Martha does not love him. Sam (Van Heflin), now grown up, drives into town and goes to look at his old home, now a boarding house. While waiting for a car repair he meets Antonia (Lizabeth Scott) who gets arrested for a probation violation. Sam asks Walter to use his influence to get Antonio released from jail. When Martha. Sees Sam again, Walter becomes jealous and the plot thickens as the story takes form. The ending of this story will both surprise and stun you. This is a classic tale of the paths life takes us down - for better or for worse.