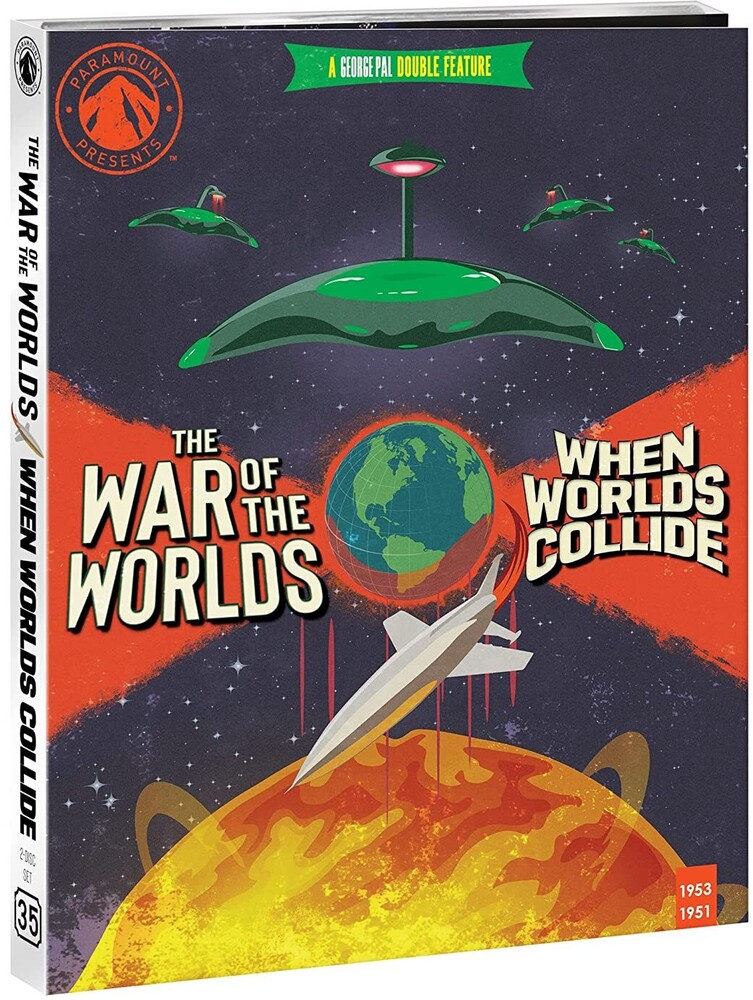 Two-disc set includes: The War Of The Worlds (1953)H.G. Wells' timeless tale of a Martian invasion of Earth is vividly brought to the screen in this classic film from producer George Pal. Armed with highly advanced technology that includes flying war machines, force fields, and death rays, the Martians are more than a match for humanity. Is there anything on Earth able to defeat the evil alien attackers? Gene Barry, Ann Robinson, Les Tremayne star. 85 min. C/Rtg: G When Worlds Collide (1951)Based on the novel by Sydney Boehm, producer George Pal's science fiction classic paved the way for many of today's space spectaculars. As the star Bellus and it's orbiting planet Zyra hurdle towards a defenseless Earth, a determined scientist must race against time to build an escape ship in the hopes that a lucky few can survive the impending collision. Richard Derr, Larry Keating, Barbara Rush, John Hoyt star. 82 min. C/Rtg: G
PRICES ON PIRANHARECORDS.NET DO NOT REFLECT THE PRICES IN OUR RETAIL STORE LOCATION. "IN STOCK" ON PIRANHARECORDS.NET DOES NOT REFLECT 'IN STOCK' AT OUR RETAIL LOCATION, HOWEVER IT MEANS WE HAVE QUICK ORDER FULFILLMENT (GENERALLY 2-3 BUSINESS DAYS).
This website uses cookies to personalize content and analyse traffic in order to offer you a better experience.
I accept Learn More
back to top