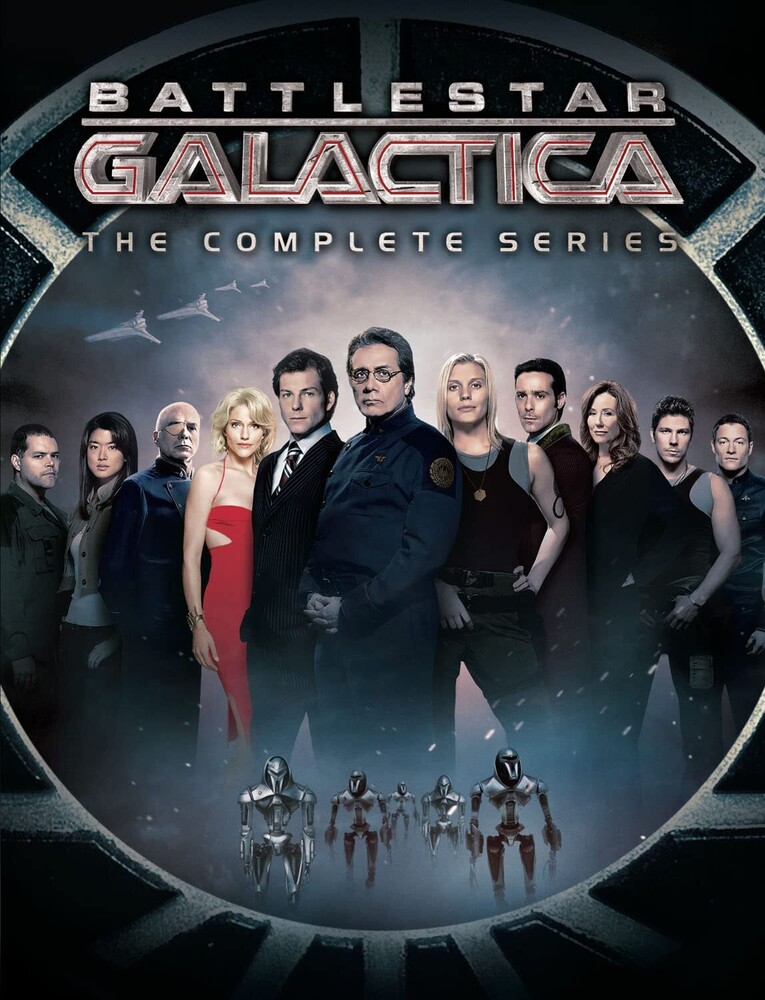 Even though creator Ron Moore worked on multiple STAR TREK series, sci-fi fans expecting the millennial re-imagining of BATTLESTAR GALACTICA to have a similarly sunny outlook on the future didn't know what they were in for. There's no Federation here; in fact, humans are alone, and after a genocidal attack by robots called Cylons, there aren't even that many of them left. The expectations of the original series' fans were also subverted by a key casting change: the rogue pilot Starbuck, originally played by Dirk Benedict, would now be a woman (Katee Sackhoff), but she would lose none of her predecessor's bravado. The smart casting also extended to the series leads: Oscar nominee Edward James Olmos stars as the military leader of the human fleet, while the acclaimed actress Mary McDonnell plays the civilian president. As the human survivors try to battle the Cylons, who are led by the sexy Six (former model Tricia Helfer), they are also in search of Earth, which may or not be a myth. Though the story of robots rebelling against their human creators has been told before, it rarely has as much grit, grime, and grace as it does with BATTLESTAR GALACTICA. This collection includes every episode from the entire epic series.
PRICES ON PIRANHARECORDS.NET DO NOT REFLECT THE PRICES IN OUR RETAIL STORE LOCATION. "IN STOCK" ON PIRANHARECORDS.NET DOES NOT REFLECT 'IN STOCK' AT OUR RETAIL LOCATION, HOWEVER IT MEANS WE HAVE QUICK ORDER FULFILLMENT (GENERALLY 2-3 BUSINESS DAYS).
This website uses cookies to personalize content and analyse traffic in order to offer you a better experience.
I accept Learn More
back to top