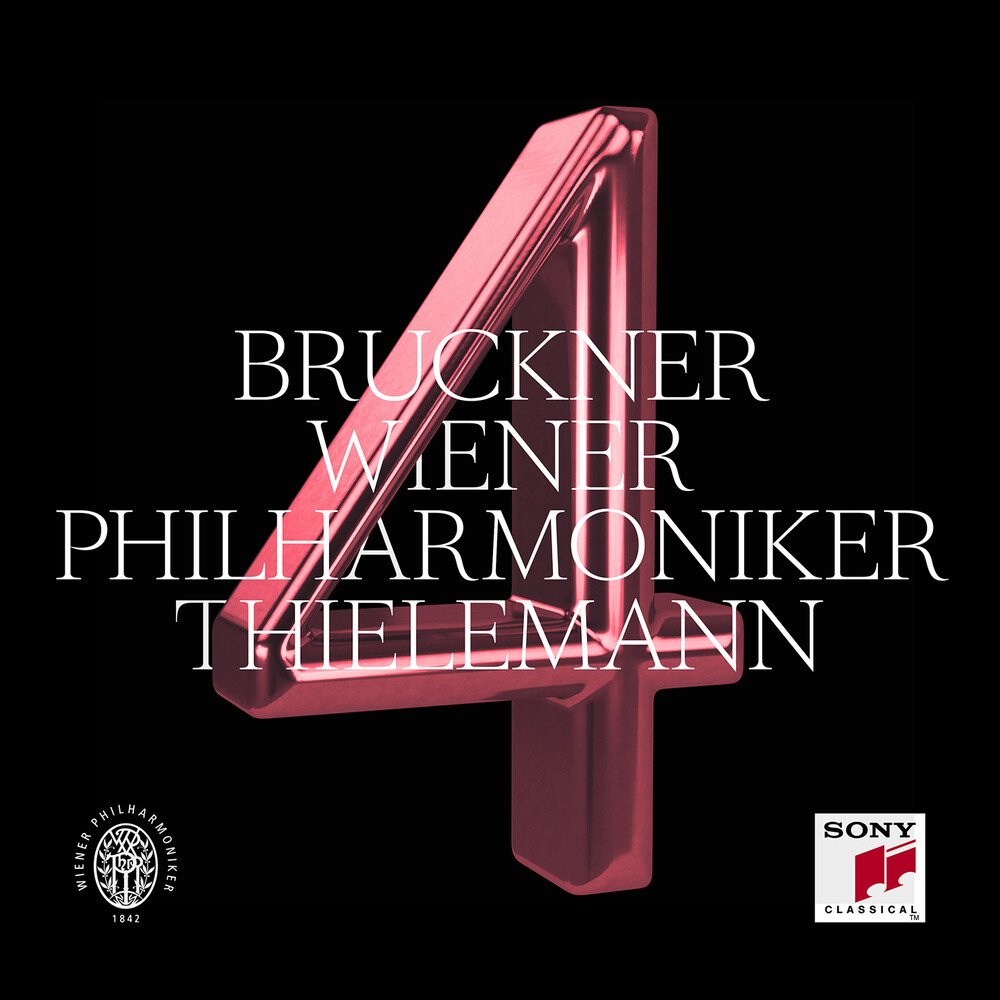 Sony Classical releases the third installment of Christian Thielemann's complete cycle of Anton Bruckner's symphonies with the Vienna Philharmonic - the orchestra's first Bruckner cycle under a single conductor. "The claim that this orchestra is essentially the only genuine original sound ensemble for the music of Anton Bruckner should remain beyond dispute" raves Die Presse. The Vienna Philharmonic premiered four of Anton Bruckner's nine symphonies, including No. 4 in 1881 and has enjoyed a unique relationship with the Austrian composer's music since 1873. The Fourth was the first of Bruckner's symphonies that Thielemann conducted. Half a century later Thielemann has come as close as possible to the ideal Bruckner sound with the Vienna Philharmonic: full-toned, warm, with registrations that are full of countless colours, clear without sounding harsh and well-contoured without seeming angular. Thielemann's interpretations of Bruckner's music are rooted on deep expertise and sympathy. Few conductors can match the solemnity and patience he finds in composer's symphonies, or his ability to draw on the unparalleled beauty of the orchestra's sound and the special acoustic of it's home in Vienna, the Musikverein. Christian Thielemann, Principal Conductor of the Staatskapelle Dresden, Artistic Director of the Salzburg Easter Festival since 2013 and Music Director of the Bayreuth Festival, is his generation's most esteemed interpreter of the Romantic Austro-German repertoire. In the midst of a mutually stimulating relationship with the Vienna Philharmonic, he conducted his first New Year's Concert with the orchestra in 2019. The Vienna Philharmonic will issue the final release of the live cycle in 2024, marking 200 years since the Bruckner's birth.
PRICES ON PIRANHARECORDS.NET DO NOT REFLECT THE PRICES IN OUR RETAIL STORE LOCATION. "IN STOCK" ON PIRANHARECORDS.NET DOES NOT REFLECT 'IN STOCK' AT OUR RETAIL LOCATION, HOWEVER IT MEANS WE HAVE QUICK ORDER FULFILLMENT (GENERALLY 2-3 BUSINESS DAYS).
This website uses cookies to personalize content and analyse traffic in order to offer you a better experience.
I accept Learn More
back to top