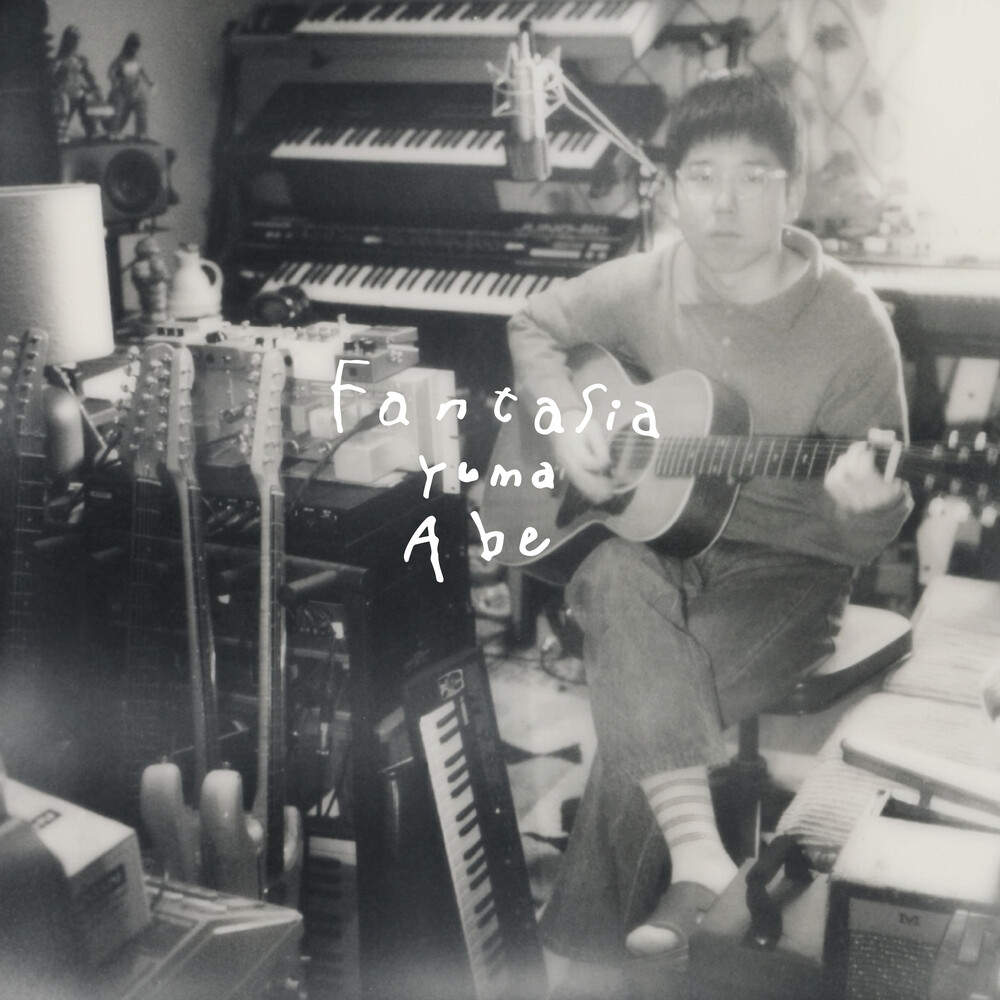 Fantasia is the debut solo album from Tokyo-based singer-songwriter Yuma Abe. Since 2014, he has been the principal singer and songwriter for the band never young beach, whose uniquely Japanese brand of West Coast-inspired breezy pop has found considerable success in Japan and throughout Asia, with four albums under their belt and sold-out tours with support from the likes of Devendra Banhart and Mild High Club. Abe has not been shy about his admiration for the legendary Haruomi Hosono, who in turn has become his mentor as of sorts, and offers his services as a mixing engineer on Fantasia. The first single "Omaemo" is a transpacific collaboration with Banhart on guest guitar. Roughly translated as "You Too", the song's title and lyrics reflect a moment of unexpected introspection amid Covid-induced quarantine, while it's pleasantly warm lilt could be described as suitably Mac DeMarco-esque. Recorded primarily at his home studio in his apartment, Fantasia is a marked departure from his band's expressive guitar bounce, instead offering an intimate glimpse into Yuma's personal universe. For the Tokyo native, the familiar sights and sounds of city life had suddenly begun to feel encroaching. Even a cab ride became an assault on the senses, incoherent noise blasting incessantly from the in-dash TV. "Since when did it get so loud?" Within the sanctuary of his own home, Yuma found solace and inspiration in unexpected places: The music of Mort Garson and kankyo ongaku (Japanese ambient and environmental music) "Without any words to speak of, they gave me strength and encouragement. I was feeling kindness and humor through this music, in ways I'd never experienced before." Yuma's room is filled with all things vintage and his favorite pop culture knick-knacks, from Ninja Turtles and Simpsons to Iron Man and Star Fighters. On top of the monitor, the speaker sits a Godzilla figurine. One day it occurred to Yuma that a monster like him must have friends and family, too. He's probably given up on many things. Suddenly he began to see the sadness behind the vicious visage. "Maybe he's a nice guy. I want to be nice to him." The melodies and arrangements may come effortlessly for Yuma, but it's these unexpected existential emotions that serve as the foundation for the rich, understated sounds of Fantasia.
PRICES ON PIRANHARECORDS.NET DO NOT REFLECT THE PRICES IN OUR RETAIL STORE LOCATION. "IN STOCK" ON PIRANHARECORDS.NET DOES NOT REFLECT 'IN STOCK' AT OUR RETAIL LOCATION, HOWEVER IT MEANS WE HAVE QUICK ORDER FULFILLMENT (GENERALLY 2-3 BUSINESS DAYS).
This website uses cookies to personalize content and analyse traffic in order to offer you a better experience.
I accept Learn More
back to top