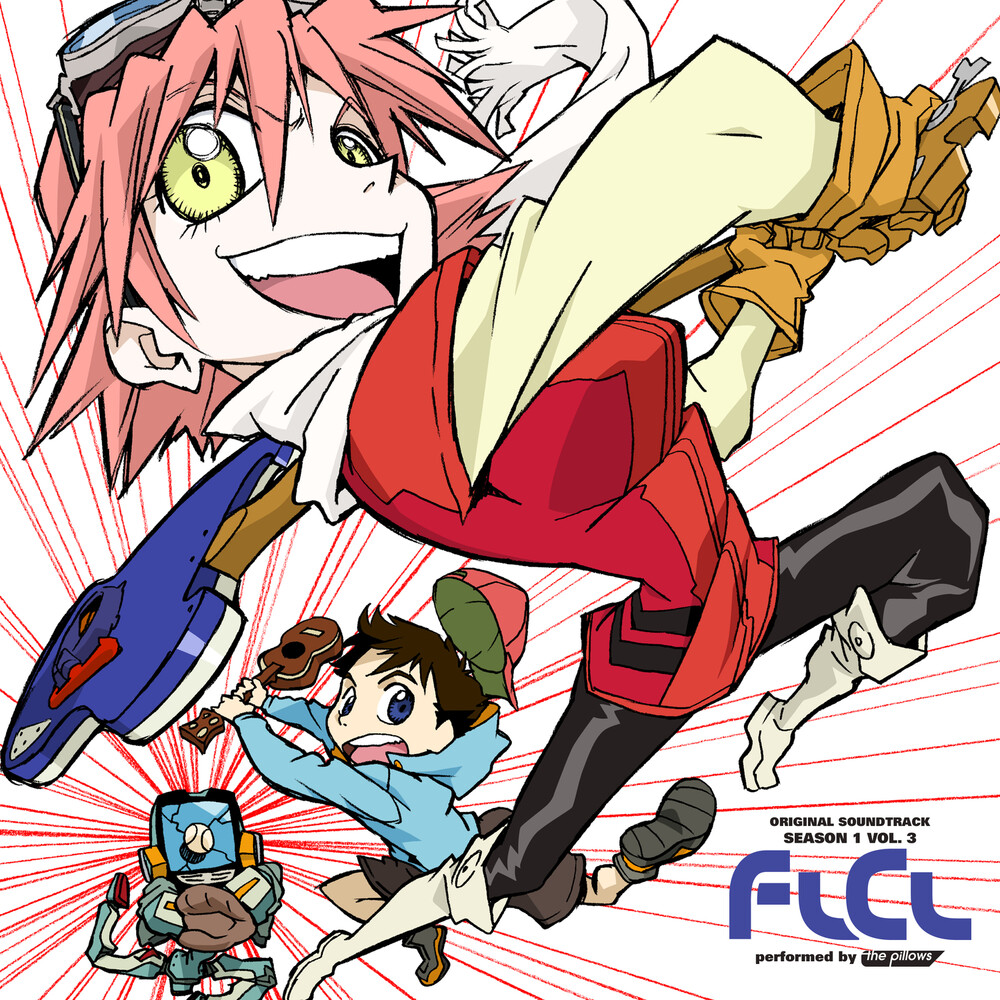 First released in 2000, the original FLCL is a coming-of-age anime set in the fictional Japanese city of Mabase revolving around an alien detective, Haruko, who seeks the space pirate king, and Naota, a sullen young man facing the tribulations of adolescence. The original series of FLCL was eventually followed by FLCL Progressive and FLCL Alternative, which continued to follow Haruko as she careens through the lives of young people in her ongoing hunt. Two more series of FLCL - FLCL Grunge and FLCL Shoegaze - were recently announced for release in 2023. Produced by the studios Production I.G. and GAINAX, the FLCL series have become beloved outside of Japan for it's unique animation style, robust action sequences, and unforgettable soundtrack. The music to FLCL was composed and performed by the Japanese alternative rock band The Pillows. FLCL Season 1 Vol. 3 (Original Soundtrack) contains music by The Pillows from the first season of the show. This two LP release includes 17 tracks pressed on blue marble vinyl housed in a gatefold jacket along with a credit insert.
PRICES ON PIRANHARECORDS.NET DO NOT REFLECT THE PRICES IN OUR RETAIL STORE LOCATION. "IN STOCK" ON PIRANHARECORDS.NET DOES NOT REFLECT 'IN STOCK' AT OUR RETAIL LOCATION, HOWEVER IT MEANS WE HAVE QUICK ORDER FULFILLMENT (GENERALLY 2-3 BUSINESS DAYS).
This website uses cookies to personalize content and analyse traffic in order to offer you a better experience.
I accept Learn More
back to top