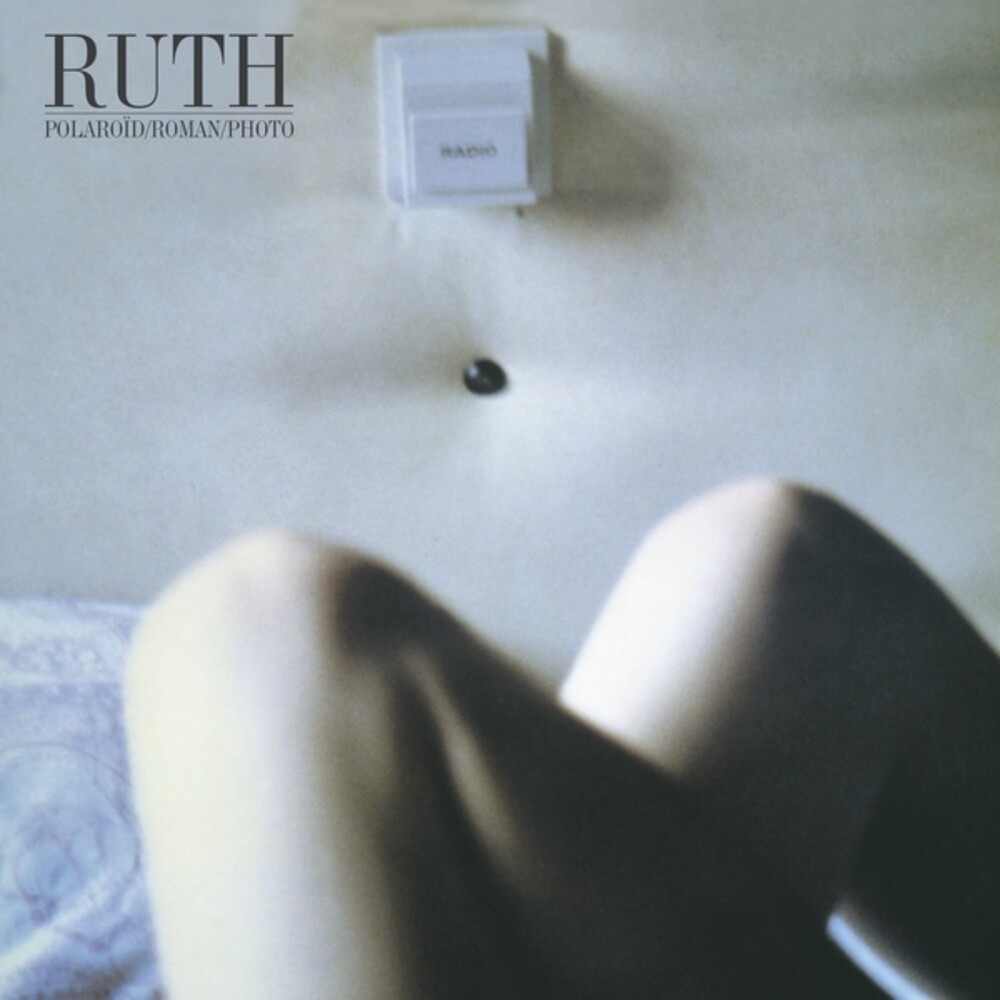 Limited blue colored vinyl LP pressing. Originally released on Paris Records in 1985 Ruth's LP sold just 50 copies and was relegated to obscurity until the track "PolaroĂŻd/Roman/Photo" started appearing on bootlegs and compilations in the early 00's, slowly becoming the cult synth pop classic it is nowadays. An original copy goes for upwards of ÂŁ300 on ebay and Ruth are a shining light from an oft forgotten music scene that is becoming increasingly influential today. Ruth was the brainchild of Thierry MĂĽller, a photographer and graphic artist from Paris who drew his inspiration from bands and artists like Brian Eno, Stockhausen, Pere Ubu, Neu, Velvet Underground and Kraftwerk. In the late 70s he began to work on Ruth, releasing the lone album PolaroĂŻd/Roman/Photo in 1985. The line up of Ruth was collaborative and fluid, brass mingles with prototype drum machines, and squalling experimentation sits alongside sultry French girls across 40 minutes of edgy pop innovation that sounds remarkably undated alongside contemporary pop music.
PRICES ON PIRANHARECORDS.NET DO NOT REFLECT THE PRICES IN OUR RETAIL STORE LOCATION. "IN STOCK" ON PIRANHARECORDS.NET DOES NOT REFLECT 'IN STOCK' AT OUR RETAIL LOCATION, HOWEVER IT MEANS WE HAVE QUICK ORDER FULFILLMENT (GENERALLY 2-3 BUSINESS DAYS).
This website uses cookies to personalize content and analyse traffic in order to offer you a better experience.
I accept Learn More
back to top