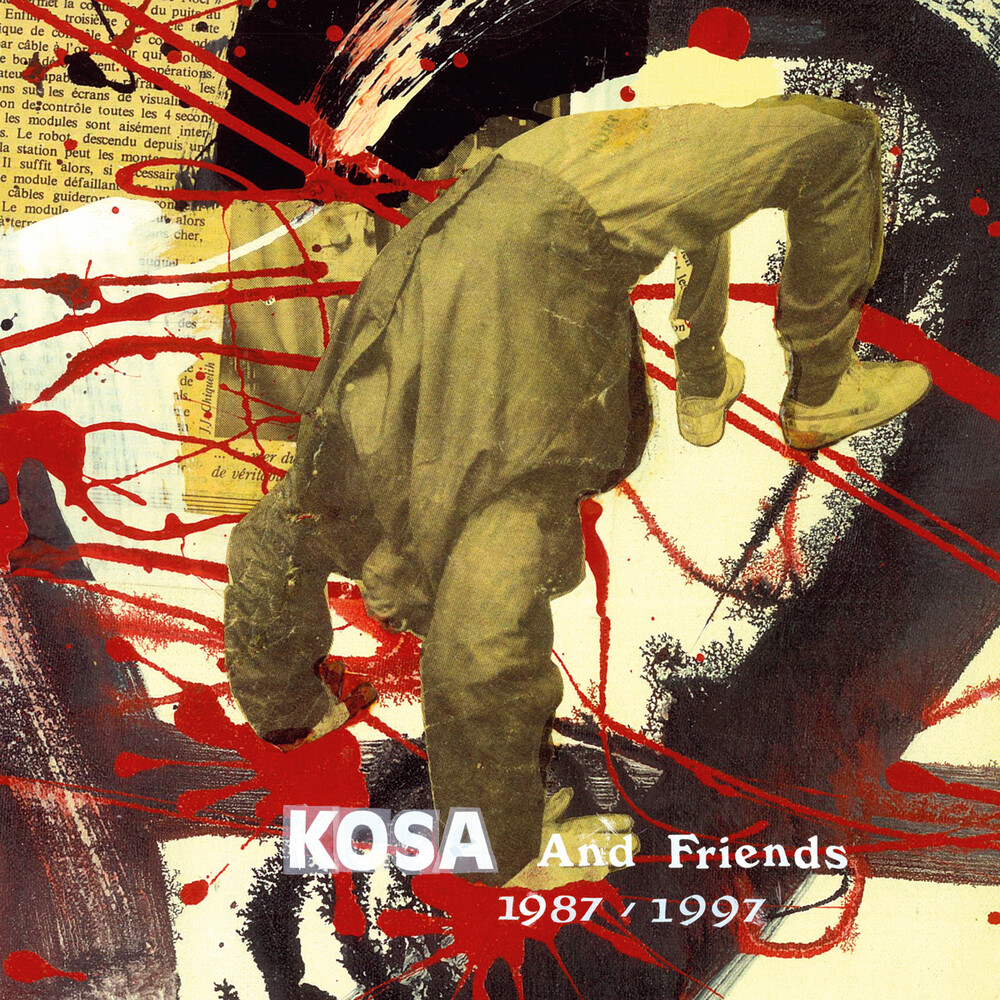 After the legendary French Ethno-industrial band Vox Populi! Vanished into obscurity in the early 1990ees, some, like bass player, Francis Manne aka Francis Laffont aka Kosa Nostra aka Kosa aka Fr6, expanded in their their new artistic adventures. Alone or with others, he followed his multi-disciplinary sonic visions that he already displayed on the label Vox Man records, that he founded with Vox Populi! #member Axel Kyrou in 1982. Together they released the famed "Audiologie" compilations, an audio fanzine featuring a contemporary outlook on the experimental electronic, and improvisational avant-garde music scene of the time. Particularly the two "Alterntative Funk: la Folie DistinguĂ©e" compilations turned into today's collectors' items for fans of bizarre electronic music.Now Notte Brigante brings "Kosa and Friends 1987/97", twelve unreleased recordings that display Francis Manne's ongoing musical creation after the break-up of Vox Populi!. Minimal Synth, post punk, field recordings, psychedelic, cold wave, and weird proto funk are welcome thoughtful listeners into an eccentric world of pop and poetry, of experiment and groove. As the visual part was always equally important as the music for him, the cover links to Manne's graphic work, which has also often been featured on many Vox Populi!, Bain Total, or Vox Man Records. A venturesome collection that documents an unexplored universe of a visionary French avant-garde musician and his vivid peer group.
PRICES ON PIRANHARECORDS.NET DO NOT REFLECT THE PRICES IN OUR RETAIL STORE LOCATION. "IN STOCK" ON PIRANHARECORDS.NET DOES NOT REFLECT 'IN STOCK' AT OUR RETAIL LOCATION, HOWEVER IT MEANS WE HAVE QUICK ORDER FULFILLMENT (GENERALLY 2-3 BUSINESS DAYS).
This website uses cookies to personalize content and analyse traffic in order to offer you a better experience.
I accept Learn More
back to top