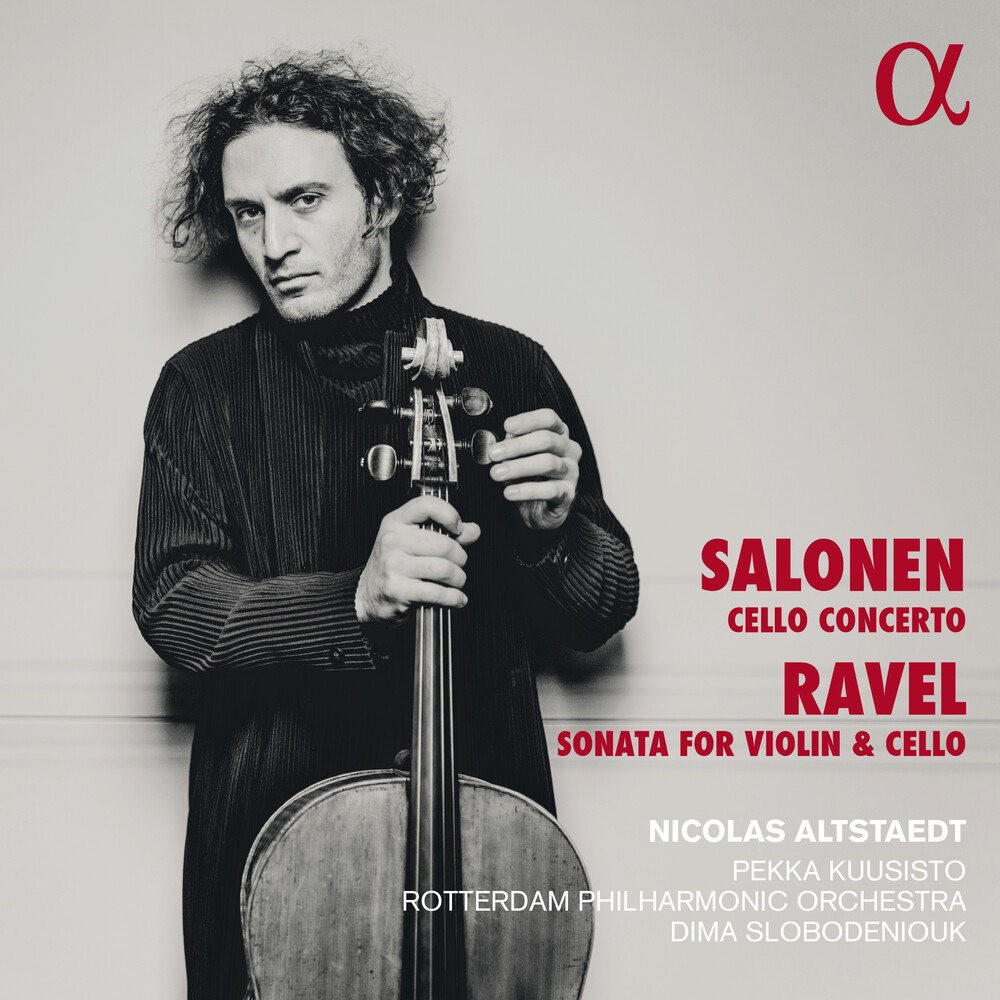 Nicolas Altstaedt presents here his version of Esa-Pekka Salonen's monumental Cello Concerto, originally composed for Yo-Yo Ma, and given it's Finnish premiere by the Franco-German cellist under the composer's direction. In partnership with the Rotterdam Philharmonic Orchestra and conductor Dima Slobodeniouk, he reveals it's full expressive dimension here: 'The first movement opens with what, in my sketchbook, was called "Chaos to line"', says Esa-Pekka Salonen. Chaos, a metaphorical comet, a rhythmic mantra with congas and bongos, a wild dance... Salonen goes on to say of the third movement: 'I imagined the orchestra as some kind of gigantic lung, expanding and contracting first slowly, but accelerating to a point of mild hyperventilation which leads back to the dance-like material' The coupling is the famous 'Duo Ravel' (to give it the original title used at it's premiere), which Nicolas Altstaedt and Pekka Kuusisto have been performing and refining ever since 2010, and which it was high time to record.
PRICES ON PIRANHARECORDS.NET DO NOT REFLECT THE PRICES IN OUR RETAIL STORE LOCATION. "IN STOCK" ON PIRANHARECORDS.NET DOES NOT REFLECT 'IN STOCK' AT OUR RETAIL LOCATION, HOWEVER IT MEANS WE HAVE QUICK ORDER FULFILLMENT (GENERALLY 2-3 BUSINESS DAYS).
This website uses cookies to personalize content and analyse traffic in order to offer you a better experience.
I accept Learn More
back to top