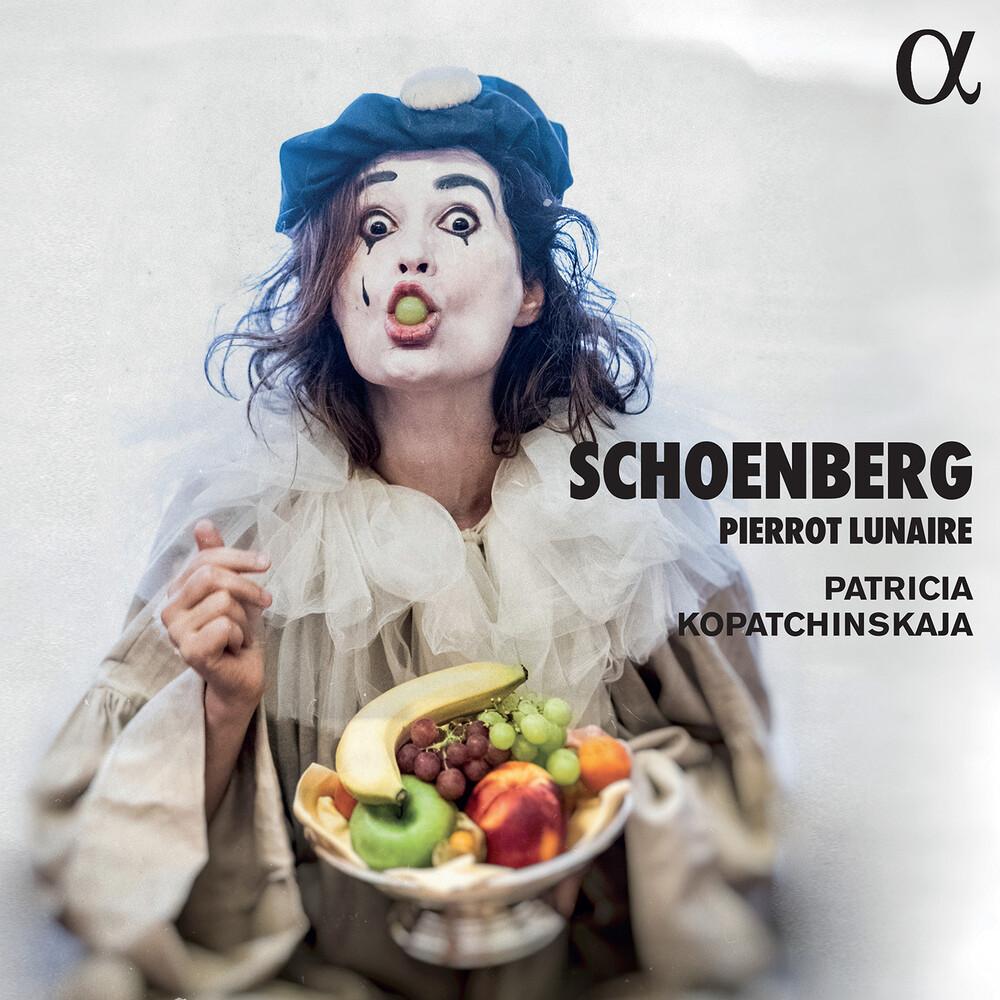 Pierrot lunaire, premiered in Berlin in 1912, is a series of twenty-one short melodramas for voice and five instruments on German translations of poems by Albert Giraud. Here the composer first introduces Sprechgesang (speech-song), a technique that revolutionised declamation. Schoenberg wanted the piece to be ironic, at once tender and grotesque, in the manner of cabaret songs. Patricia Kopatchinskaja, the violinist who is also an occasional actress, had long dreamt of playing and reciting this unique work. It was a pain in her arm preventing her from playing the violin that one day propelled her into the role of narrator: 'All my life I have felt that I was Pierrot. Every time I played this piece on the violin when I was a student, I would say the words in my head.' She has now played and performed Pierrot in many venues around the world, including the Berlin Philharmonie, several cities in the United States, the Netherlands, Switzerland and Sweden. Now she has assembled a number of her musician friends and decided to record it for posterity. Schoenberg's Phantasy op.47 and Six Little Piano Pieces op.19 complete the programme, along with works by Webern (Four Pieces for violin and piano op.7) and Schoenberg's arrangement of Johann Strauss's Kaiser-Walzer (Emperor Waltz) op.437.
PRICES ON PIRANHARECORDS.NET DO NOT REFLECT THE PRICES IN OUR RETAIL STORE LOCATION. "IN STOCK" ON PIRANHARECORDS.NET DOES NOT REFLECT 'IN STOCK' AT OUR RETAIL LOCATION, HOWEVER IT MEANS WE HAVE QUICK ORDER FULFILLMENT (GENERALLY 2-3 BUSINESS DAYS).