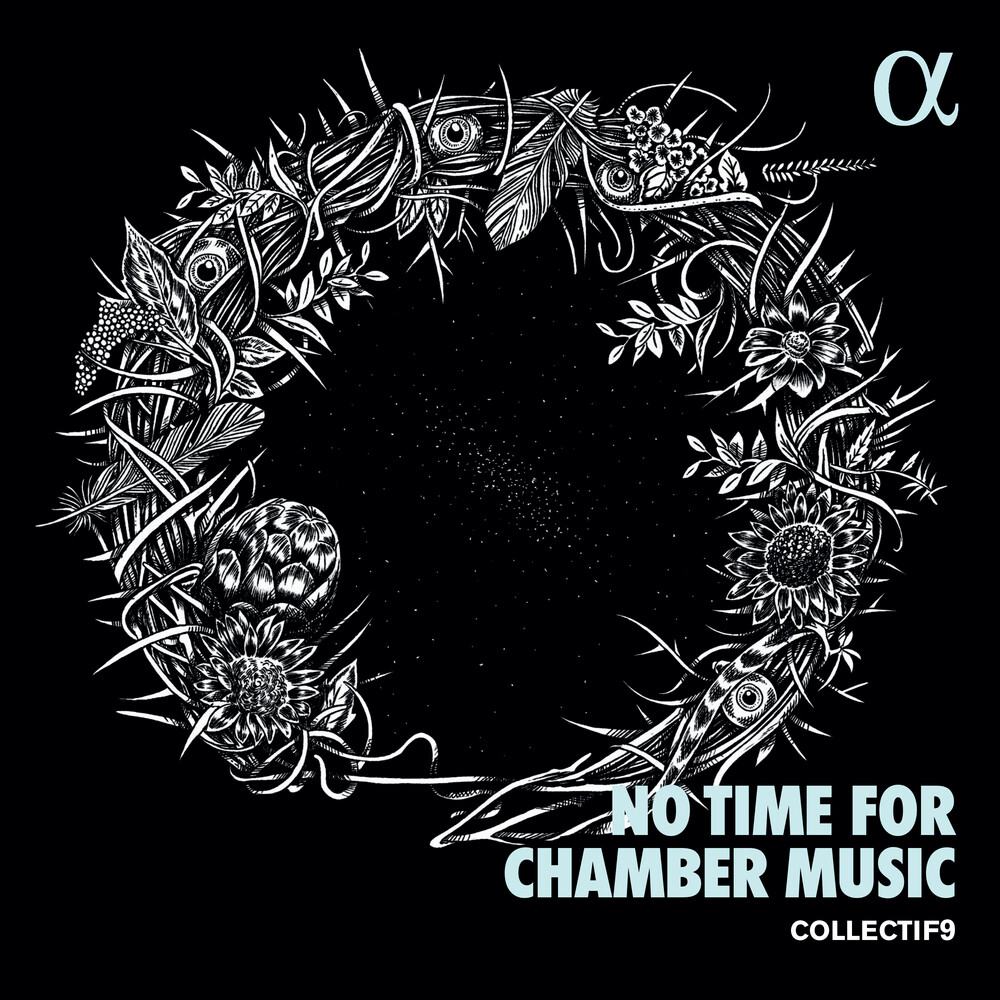 Collectif9 is a Montreal-based string ensemble whose main focus is an original exploration of the classical repertoire, including transcriptions for chamber ensemble of large-scale works. Alpha is starting a collaboration with this innovative group and now presents it's very first album, recorded in 2018 and consisting of music by (and inspired by) Gustav Mahler: No Time for Chamber Music, a nod to Luciano Berio's Sinfonia, inspired in it's turn by Mahler's Second Symphony. Mahler himself often quoted his own works, and his rich instrumental textures have provided a source of inspiration for composers and arrangers alike. The program begins with two works drawn from his First Symphony: Comme un bruit de la nature (Like a sound of Nature) and L'Enterrement du chasseur (The hunter's burial), inspired by a woodcut by the nineteenth-century artist Moritz von Schwind in which the animals mourn the death of the hunter. The ensemble's double bass player, Thibault Bertin-Maghit, made the arrangements, while Philippe Hersant has written a Fantaisie based on fragments from a number of works by Mahler.
PRICES ON PIRANHARECORDS.NET DO NOT REFLECT THE PRICES IN OUR RETAIL STORE LOCATION. "IN STOCK" ON PIRANHARECORDS.NET DOES NOT REFLECT 'IN STOCK' AT OUR RETAIL LOCATION, HOWEVER IT MEANS WE HAVE QUICK ORDER FULFILLMENT (GENERALLY 2-3 BUSINESS DAYS).
back to top