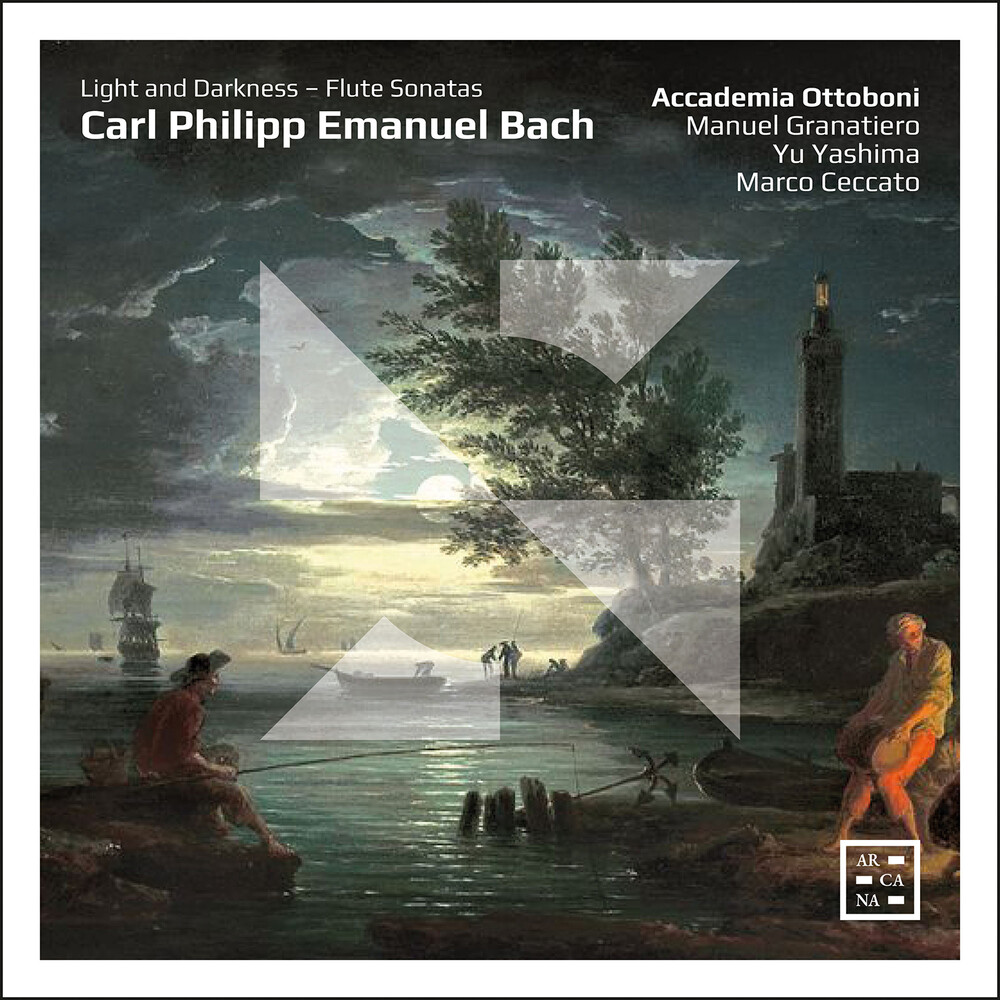 Manuel Granatiero presents his first solo album, following several successful recordings with Amandine Beyer's Gli Incogniti and Accademia Ottoboni, of which he is a founding member. Here, Manuel is joined by Yu Yashima and Marco Ceccato, as he turns his attention to the flute music of C.P.E. Bach. The outcome of this project is Light and Darkness, five sonatas chosen from the substantial oeuvre that the composer dedicated to this instrument. In addition to the famous sonata for solo flute, the program includes two sonatas with harpsichord obbligato and two sonatas with basso continuo. Demonstrating a wealth of stylistic and writing variety, they represent the entirety of the period in which Bach composed his surviving flute sonatas: BWV1020 written in his youth at his father's house in Leipzig, Wq124 written during his early years of study in Frankfurt, Wq128 and Wq132 during his service at the court of Frederick II, and Wq83 during his mature years in Hamburg. This is therefore a miniature exploration of the universe of the 'Berlin Bach' through some of his most intimate works that encourage us to experience the most diverse human emotions, from the darkest to the brightest ones.
PRICES ON PIRANHARECORDS.NET DO NOT REFLECT THE PRICES IN OUR RETAIL STORE LOCATION. "IN STOCK" ON PIRANHARECORDS.NET DOES NOT REFLECT 'IN STOCK' AT OUR RETAIL LOCATION, HOWEVER IT MEANS WE HAVE QUICK ORDER FULFILLMENT (GENERALLY 2-3 BUSINESS DAYS).
This website uses cookies to personalize content and analyse traffic in order to offer you a better experience.
I accept Learn More
back to top