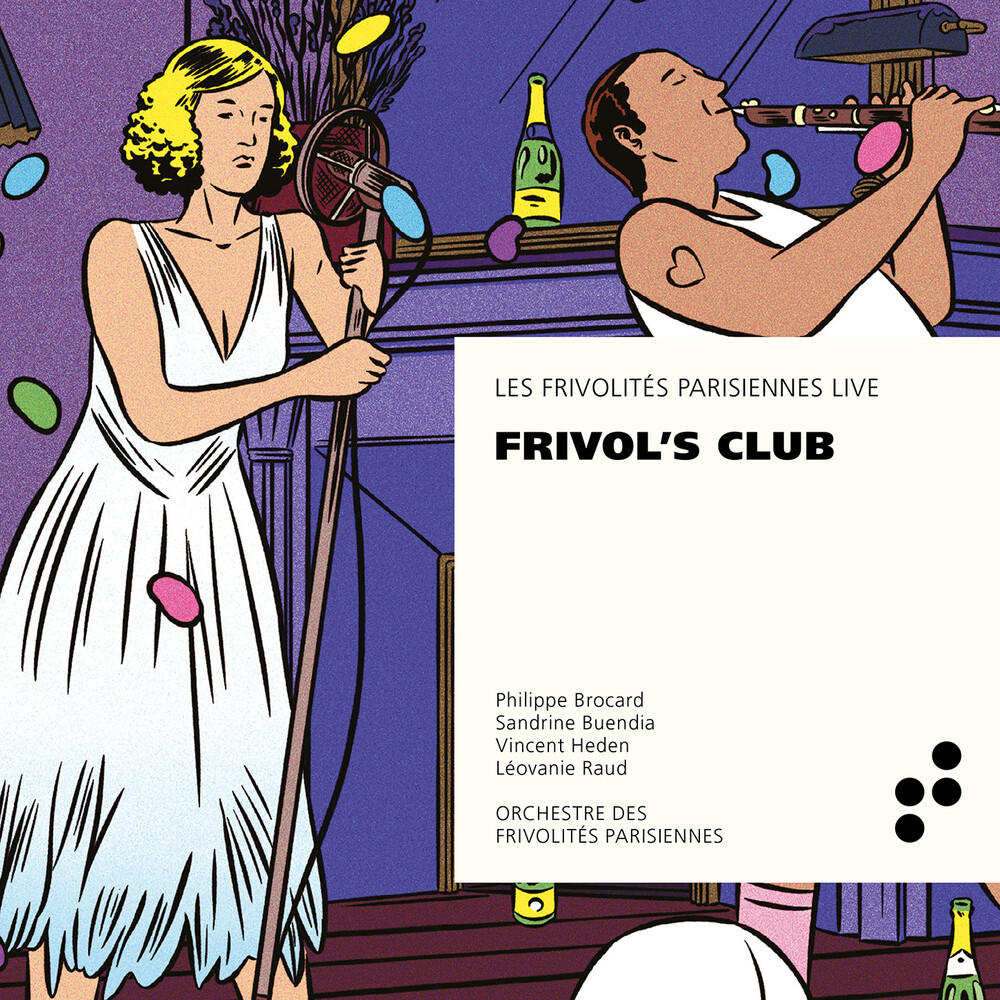 If you have two loves - swing and Paris - if you want to dance to the rhythm of the beguine; if you love not only Beethoven but also Cole Porter, then go and visit Frivol's Club! The ensemble Les Frivolités Parisiennes is a master in the art of blending musical genres. So, B Records invites you to join in and enjoy this tumultuous program which will immerse you in the vibrant atmosphere of the Roaring Twenties. Established in 2012 by the musicians Benjamin El Arbi and Mathieu Franot, Les Frivolités Parisiennes was created out of a desire to recover French Light Music of the 19th and 20th centuries, comic opera, opera buffa and musical comedy. With this in mind, the company annually produces new productions or revivals, of which a number have been recorded by Naxos. The chamber orchestra of Les Frivolités Parisiennes, the spiritual heir to the orchestra of the Opéra-Comique that was disbanded in the 1960s, can comprise from 14 to 40 players according to a work's requirements.
PRICES ON PIRANHARECORDS.NET DO NOT REFLECT THE PRICES IN OUR RETAIL STORE LOCATION. "IN STOCK" ON PIRANHARECORDS.NET DOES NOT REFLECT 'IN STOCK' AT OUR RETAIL LOCATION, HOWEVER IT MEANS WE HAVE QUICK ORDER FULFILLMENT (GENERALLY 2-3 BUSINESS DAYS).
This website uses cookies to personalize content and analyse traffic in order to offer you a better experience.
I accept Learn More
back to top