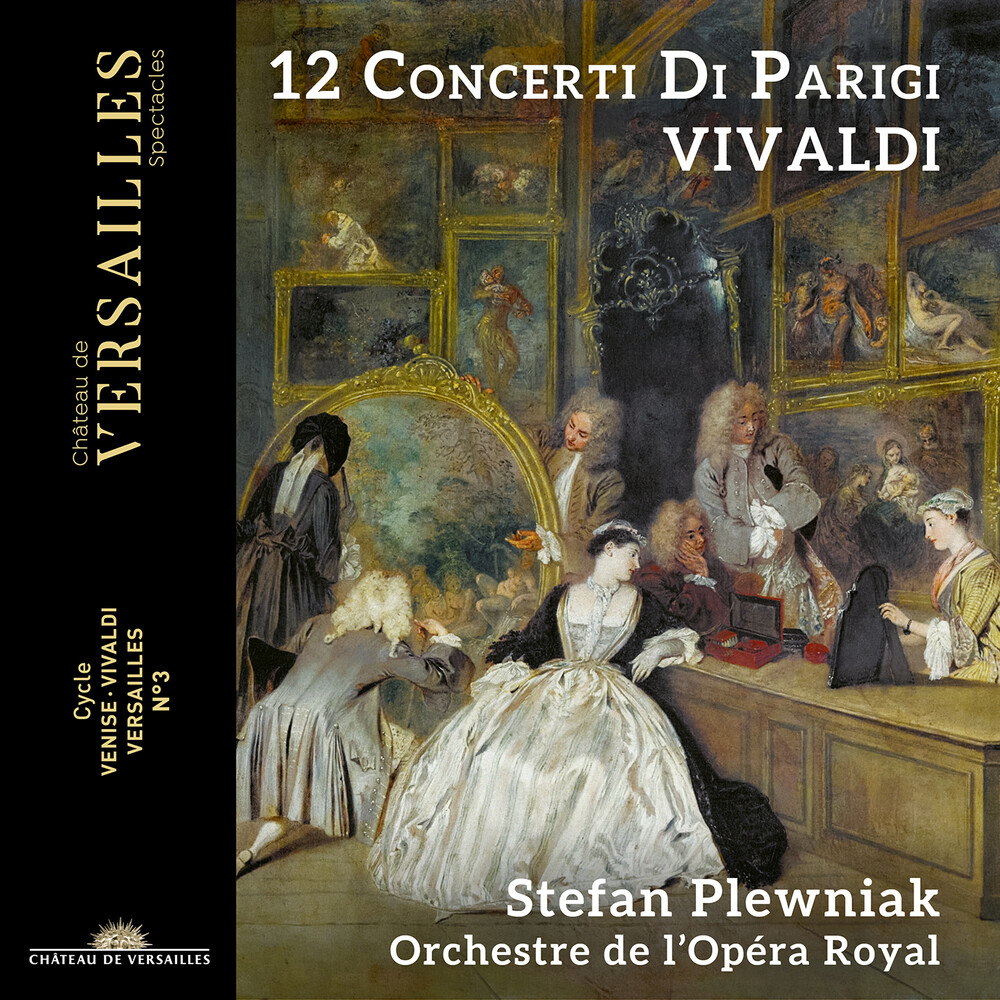 Vivaldi's work is extraordinarily profuse, and from his "extraordinary fury of composition" resulted a collection of 12 concertos, preserved in Paris since then, genuine jewels of Vivaldian music! However, for whom were they composed? The French Ambassador in Venice, Jacques-Vincent Languet, who made numerous commissions to Vivaldi in the 1720s? Perhaps as a magnificent gift to a visiting French music lover... Or perhaps FranĂ§ois-Etienne, Duke of Lorraine and Bar? A fine music lover and musician, who in 1745 became Emperor Francis I of Austria, gave early protection to Vivaldi, who introduced himself in 1731 as "maestro di cappella di S.A.R. il Serenissimo Sig. Duca di Lorena". The Paris Concertos would then have passed through the Luneville Court, which was very musical? The mystery is there, but these works influenced Parisian musical life. Stefan Plewniak's raging violin gives them back their full glory in this virtuoso interpretation by the Orchestre de l'Opera Royal de Versailles!
PRICES ON PIRANHARECORDS.NET DO NOT REFLECT THE PRICES IN OUR RETAIL STORE LOCATION. "IN STOCK" ON PIRANHARECORDS.NET DOES NOT REFLECT 'IN STOCK' AT OUR RETAIL LOCATION, HOWEVER IT MEANS WE HAVE QUICK ORDER FULFILLMENT (GENERALLY 2-3 BUSINESS DAYS).
This website uses cookies to personalize content and analyse traffic in order to offer you a better experience.
I accept Learn More
back to top