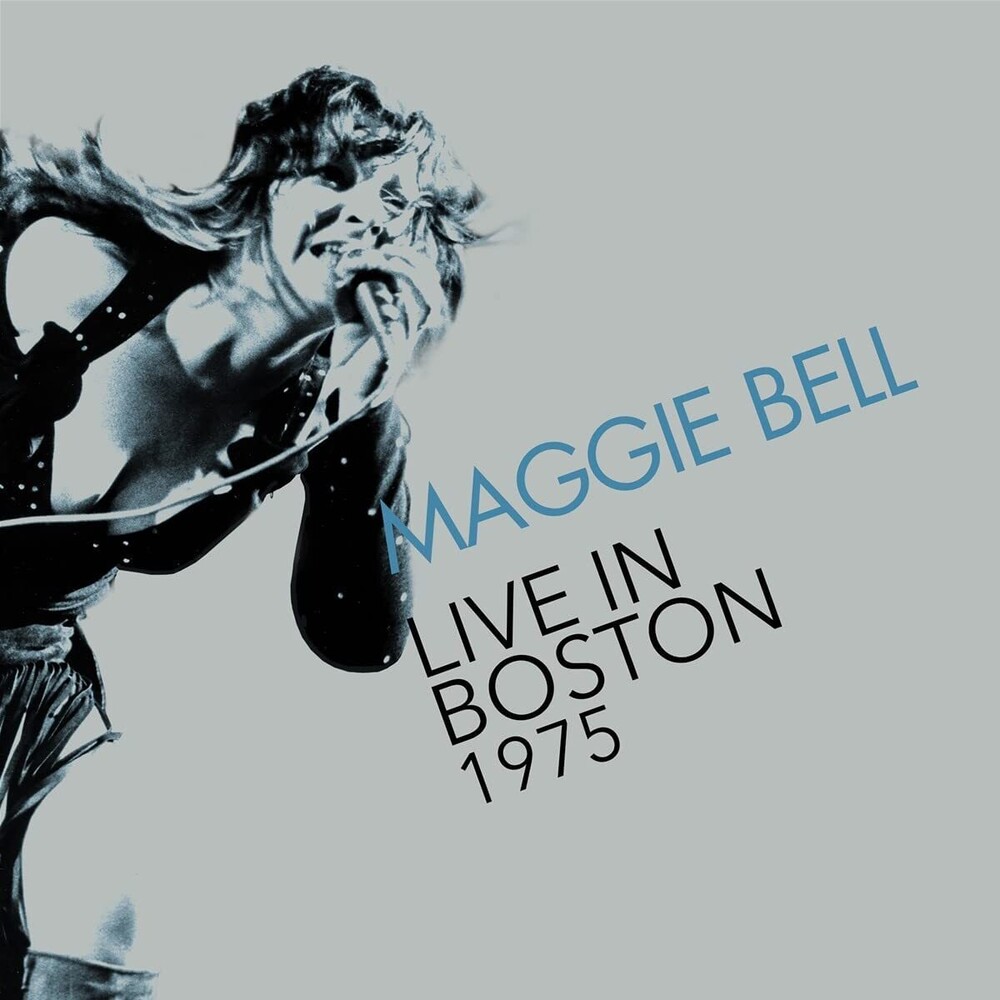 Live archive release. Having regularly topped the UK music press polls as Best Female Singer, Scots-born Maggie Bell went onto have a successful solo career after fronting blues rock band Stone The Crows in the early 70s. A powerful vocalist, she honed her craft touring US military bases in the 60s alongside guitarist Leslie Harvey, developing a deep affinity with authentic blues and soul. Following her critically acclaimed 1974 album Queen Of The Night, recorded in the US and produced by Atlantic Records legend Jerry Wexler, Maggie followed up with 'Suicide Sal' in 1975 recorded at Ringo Starr's Startling Studios in Ascot. The album featured rock luminaries Jimmy Page, Pete Wingfield and Phil May of the Pretty Things. Witness Maggie Bell in full flight as she performs fan favourites from her Crows days such as Don Nix's 'Going Down' and the mighty 'Penicillin Blues', alongside classics-in-the-making from Suicide Sal live on stage at the Music Hall, Boston in May 1975 where she appeared on the bill with Bad Company. Always in good company on or off stage, Maggie recalls those heady days in an essay by Repertoire's Chris Welch.
PRICES ON PIRANHARECORDS.NET DO NOT REFLECT THE PRICES IN OUR RETAIL STORE LOCATION. "IN STOCK" ON PIRANHARECORDS.NET DOES NOT REFLECT 'IN STOCK' AT OUR RETAIL LOCATION, HOWEVER IT MEANS WE HAVE QUICK ORDER FULFILLMENT (GENERALLY 2-3 BUSINESS DAYS).
This website uses cookies to personalize content and analyse traffic in order to offer you a better experience.
I accept Learn More
back to top