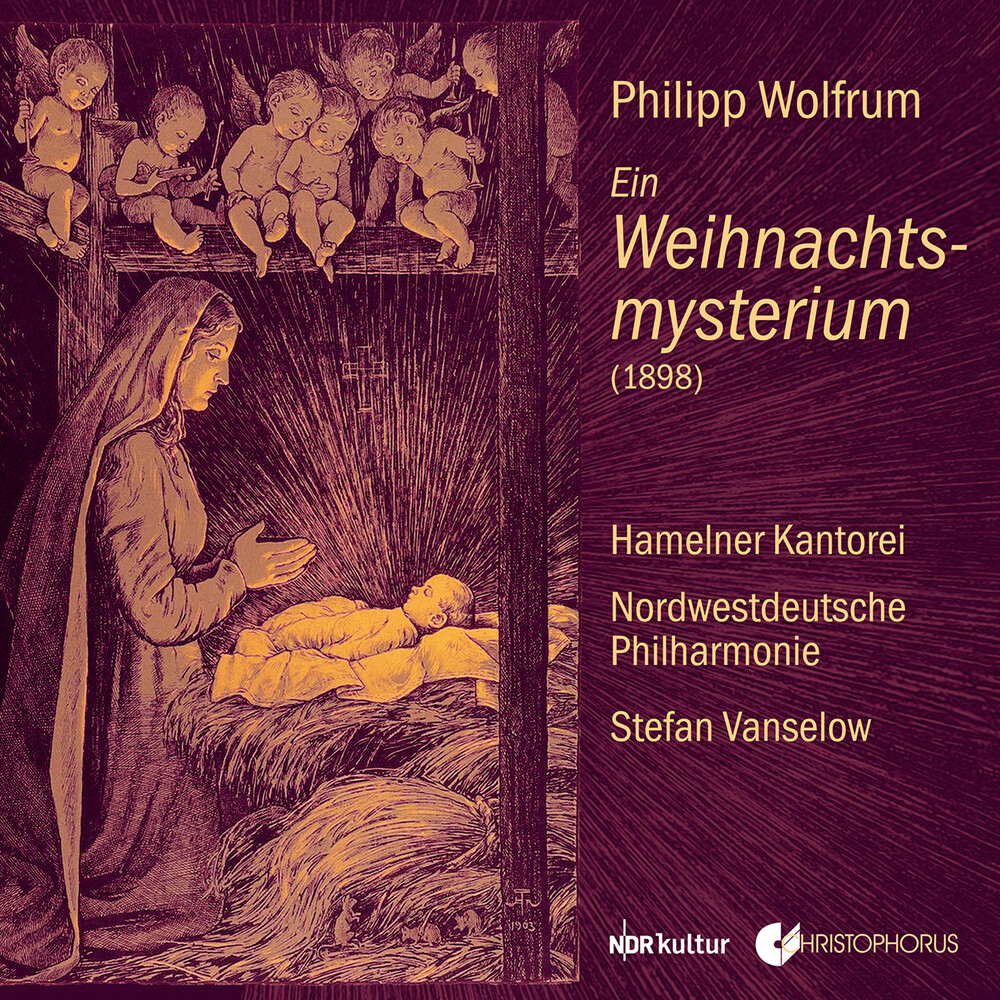 Philipp Wolfrum (1854-1919) was one of the most influential personalities in German musical life around 1900. He worked as a choirmaster, organist, composer, professor and university music director in Heidelberg and friendships connected him with Engelbert Humperdinck, Max Reger and Richard Strauss; he also maintained close contact with the Bayreuth circle around Richard Wagner's widow Cosima. Liszt and Wagner were his great idols and this is also noticeable in his compositions. His opus magnum is "Ein Weihnachtsmysterium" (Christmas Mystery), first performed in 1898, in which the birth of Jesus is pictorially staged. The conception for this more than one-and-a-half-hour work is influenced by medieval mystery plays and Wagner's Gesamtkunstwerk. The musical material consists of well-known German Christmas carols, which are processed in high chromatic harmony and late Romantic melody as well as with masterfully colorful orchestral treatment and are reminiscent of Wagner's operas or Liszt's symphonic poems, in places also of Brahms, Humperdinck or Reger.
PRICES ON PIRANHARECORDS.NET DO NOT REFLECT THE PRICES IN OUR RETAIL STORE LOCATION. "IN STOCK" ON PIRANHARECORDS.NET DOES NOT REFLECT 'IN STOCK' AT OUR RETAIL LOCATION, HOWEVER IT MEANS WE HAVE QUICK ORDER FULFILLMENT (GENERALLY 2-3 BUSINESS DAYS).
back to top