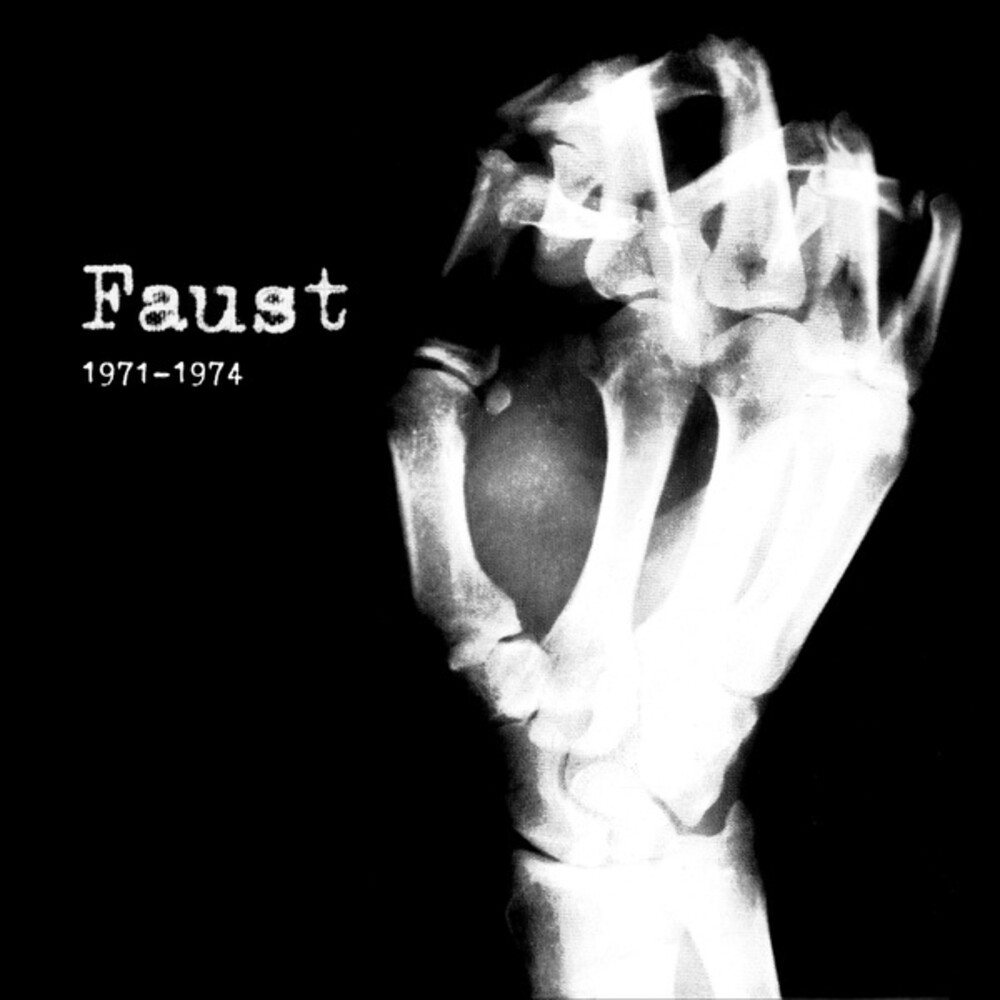 A band's fame can be measured in the sum of myths, legends and stories which are conjured up in their wake. In which case, Faust have been playing in the Champions League for quite some time. Few bands have been as innovative, influential or as irrepressible as Faust - the way they revolutionized the history of music in the space of just four years puts them right up there with The Velvet Underground. What began in a Hamburg (Sternschanze) bunker in 1970 would send shockwaves around the world. This box is the first virtually complete collection of Faust works from the years 1971-1974. In addition to their eponymous debut album, it includes the 1972 album So Far, the legendary 1973 Virgin UK release The Faust Tapes, Faust IV and, for the first time ever, the mythical, so-called "Munich album" Punkt, which Faust recorded at Giorgio Moroder's Musicland Studios in 1974. For one reason or another, this last album never saw the light of day - until now. The bonus albums Momentaufnahme I and Momentaufnahme II also feature unreleased material, simultaneously affording us a fascinating glimpse of Faust's creativity in their WĂĽmme studio phase. Two 7-inch singles round off the Faust 1971-1974 compendium: "Lieber Herr Deutschland" is the demo recording they sent to Polydor in 1971, remarkably triggering a contract offer from the label who had something of a conservative reputation at the time. The track later resurfaced as the B-side to their single "Baby", a song which had been rejected by the aforementioned label. The second 7-inch single in the box is a rerelease of "So Far," the first Faust single on Polydor, originally issued in 1972. Mastered from the original tapes.
PRICES ON PIRANHARECORDS.NET DO NOT REFLECT THE PRICES IN OUR RETAIL STORE LOCATION. "IN STOCK" ON PIRANHARECORDS.NET DOES NOT REFLECT 'IN STOCK' AT OUR RETAIL LOCATION, HOWEVER IT MEANS WE HAVE QUICK ORDER FULFILLMENT (GENERALLY 2-3 BUSINESS DAYS).
This website uses cookies to personalize content and analyse traffic in order to offer you a better experience.
I accept Learn More
back to top