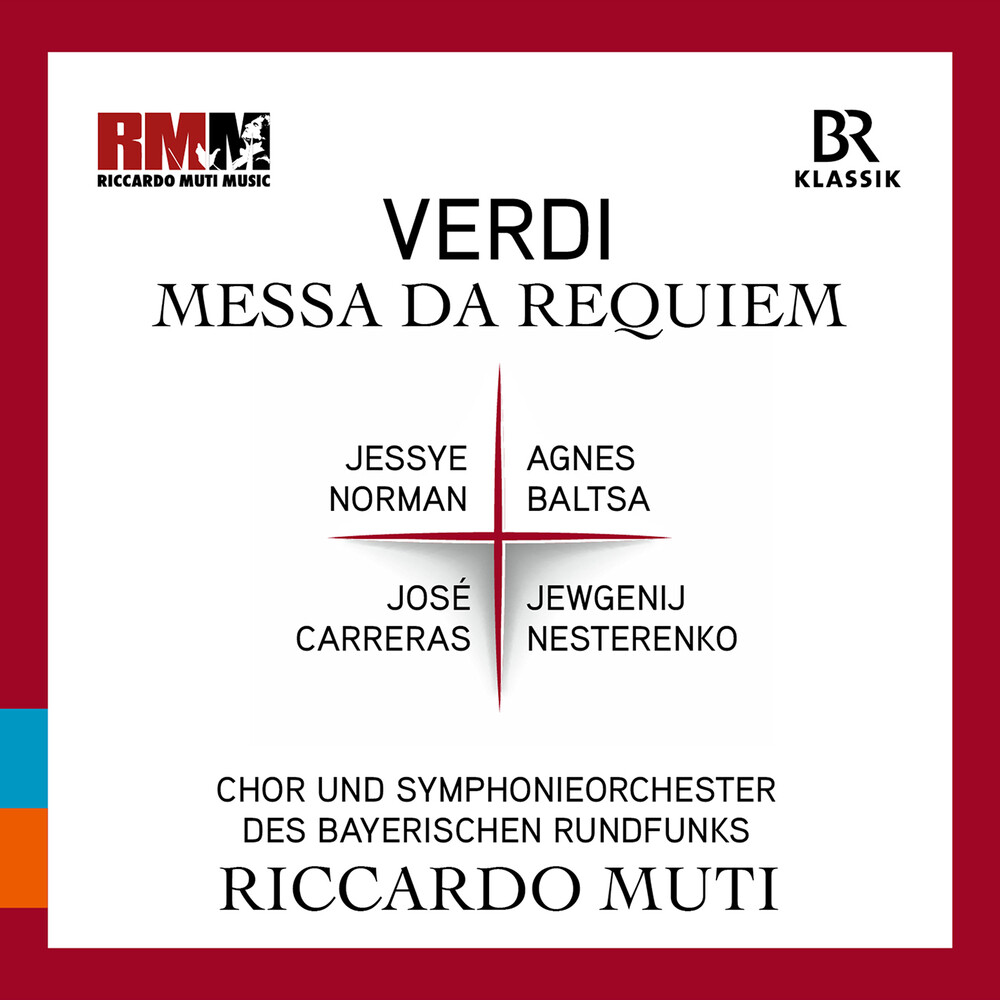 The Munich performances of Verdi's MESSA DA REQUIEM in October 1981 with Jessye Norman, Agnes Baltsa, José Carreras and Yevgeny Nesterenko, the Bavarian Radio Chorus, and the Symphonieorchester des Bayerischen Rundfunks conducted by Riccardo Muti were concert events that have hardly been equaled since, let alone surpassed - so powerful were the chorus and orchestra, so strictly did the maestro keep his eye on the interpretation, and so superb were the renowned soloists - singers of international renown who gave their all to achieve the best possible result. And they all succeeded brilliantly. Finally - four decades later - BR-KLASSIK can now present this absolute pinnacle in the performance history of Verdi's MESSA DA REQUIEM on album. The audience was spellbound and totally captivated, and there was glowing praise from the critics: the powerful work, they said, had hardly ever been heard like this on this side of the Alps; Riccardo Muti had demonstrated how Verdi's Requiem should sound; this performance of Verdi's requiem mass was authentic, frightening, tender and terrifying, providing a timid yet hopeful glimpse of transcendence; all in all, a truly resounding success. Wolf-Dieter Peter, a reviewer for the Mittelbayrische Zeitung in Regensburg (see booklet), was there at the time and reported how the extra trumpets positioned in the gallery of the Herkulessaal "blasted a glistening jet of metallic sound across the stalls, almost as if from the afterlife". It was something, he said, that had "never been seen, heard or experienced like this before... simply unforgettable."
PRICES ON PIRANHARECORDS.NET DO NOT REFLECT THE PRICES IN OUR RETAIL STORE LOCATION. "IN STOCK" ON PIRANHARECORDS.NET DOES NOT REFLECT 'IN STOCK' AT OUR RETAIL LOCATION, HOWEVER IT MEANS WE HAVE QUICK ORDER FULFILLMENT (GENERALLY 2-3 BUSINESS DAYS).
This website uses cookies to personalize content and analyse traffic in order to offer you a better experience.
I accept Learn More
back to top