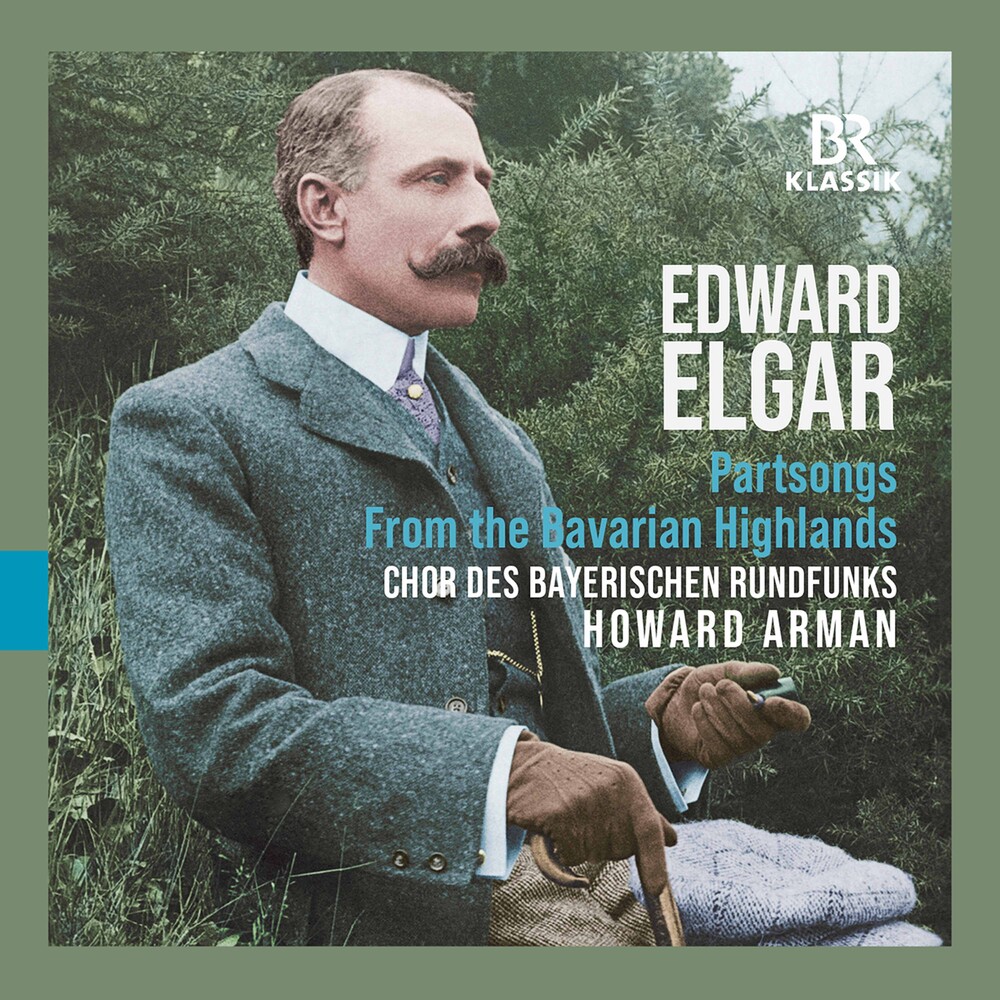 The British composer Edward Elgar wrote a great deal more than just his "Pomp & Circumstance" marches: his highly diverse oeuvre encompasses symphonies, concertos, chamber works, piano music and numerous choral works (oratorios, cantatas and partsongs). On this release, partsongs by Elgar can be heard with and without accompaniment as part of a representative selection of live and studio recordings. The album begins with the song cycle "From the Bavarian Highlands" op. 27; it's six cheerful numbers were written while Elgar and his wife were on holiday in Garmisch in 1895. Alice Elgar had sketched verses from Bavarian folk melodies, and Upper Bavarian songs and dances can be heard in her husband's settings. These were happy memories of carefree holidays in a region rich in music and full of fine landscapes. The Bavarian Radio Chorus, conducted by Howard Arman, sings the songs in their original version with piano accompaniment (the orchestral version came later). As a composer of English-language choral songs, Elgar is still little-known on the European mainland; in the United Kingdom, however, the situation is very different. The country has long had a lively choral scene, focusing primarily on English music - from Purcell and Handel to Hubert Parry, Charles Villiers Stanford and Elgar, all the way to Benjamin Britten and today's contemporary composers. The program on this release has been compiled and conducted by the Englishman Howard Arman, one of today's most knowledgeable experts on British choral music and artistic director of the Bavarian Radio Chorus, and these recordings should do much to boost the popularity of this highly appealing music on the European mainland as well.