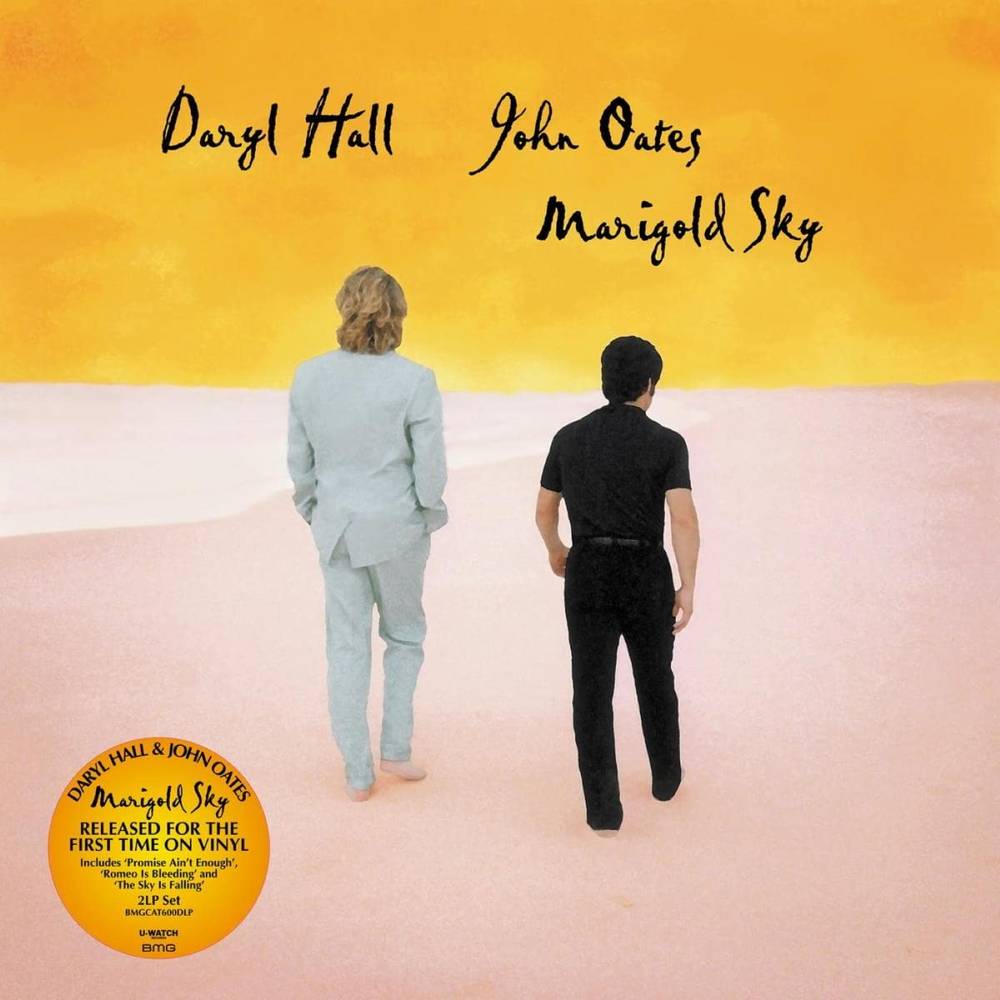 Rock & Roll Hall of Famers and legendary duo Daryl Hall and John Oates are reissuing ‘Marigold Sky’, their fifteenth studio album and their first to be released as independent artists back in 1997. To celebrate the 25th Anniversary of the album, it is being made available for the first time on double LP, as well as an expanded CD format that includes three bonus tracks previously unavailable on the original album release. Regarded as a fan favourite, the album is a collection of exquisitely crafted soul-pop that is irresistibly smooth, laying bare the mastery of the duo’s classic songwriting chops that has been prevalent throughout their career. Includes the singles ‘Promise Ain’t Enough’, ‘Romeo Is Bleeding’ and ‘The Sky Is Falling’.
PRICES ON PIRANHARECORDS.NET DO NOT REFLECT THE PRICES IN OUR RETAIL STORE LOCATION. "IN STOCK" ON PIRANHARECORDS.NET DOES NOT REFLECT 'IN STOCK' AT OUR RETAIL LOCATION, HOWEVER IT MEANS WE HAVE QUICK ORDER FULFILLMENT (GENERALLY 2-3 BUSINESS DAYS).
This website uses cookies to personalize content and analyse traffic in order to offer you a better experience.
I accept Learn More
back to top