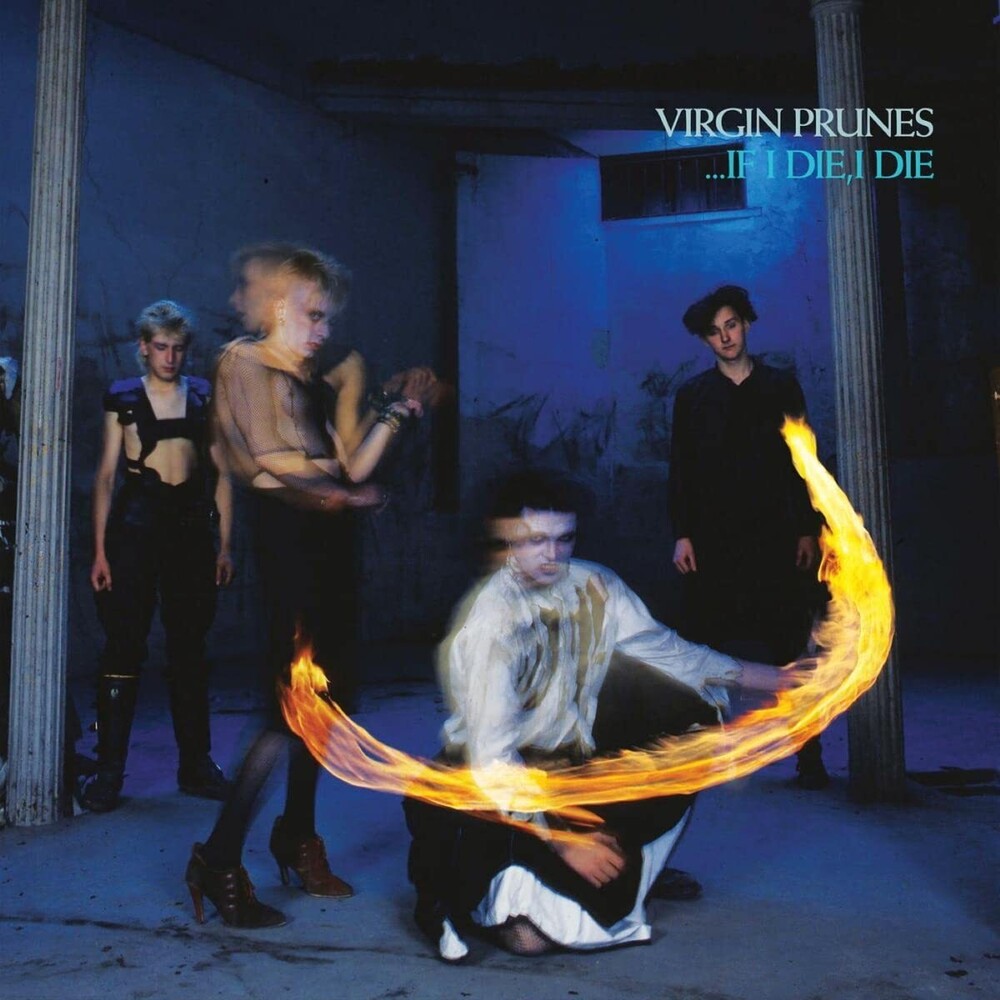 If I Die, I Die was released only weeks before the Heresie box set. The two albums show very different faces of the Virgin Prunes - one that explored mythical worlds and another that showed their surrealistic interest in the creative power of insanity. They also highlight the ways in which the band enjoyed experimenting with different genres, sound forms and recording techniques. As Friday has commented recently, 'The Virgin Prunes contained four different bands at the same time.' The album was recorded at the Windmill Studios in Dublin in the summer of 1982 and produced by Wire's Colin Newman. Rather than adopt an A/B format, the sides of the 1982 vinyl and album cover, which was designed by Steve Averill, were given brown and blue colours, signalling earth and sky respectively. The art work on each side of the sleeve was also inverted so that either side could be read as the front cover. Ursula Steiger's photography captured, on the brown side, the band running through a forest like a nomadic tribe. On the blue side we then find them in different costumes, performing with fire and mannequins within a derelict building. If I Die, I Die contains nine tracks. The brown side is evocative of distant mystical lands and brings to mind Iroquois culture. It features 'Ulakanakulot' (referring to 'the imaginary land of the Kuli Bird from where the Beautifull People come'), 'Decline and Fall', 'Sweethome Under White Clouds' and 'Bau-dachĂ¶ng' (meaning 'secret inner wisdom'). The blue side showcases the slow and frenzied paces of their music, while highlighting the ways their highly visceral songs switch subjects and registers from the ancient and historical, to the social tensions and dysfunctions of a late twentieth-century present. It features 'Baby Turns Blue' (which was a very successful Indie single), 'Ballad of the Man', 'Walls of Jericho', 'Caucasian Walk' and 'Theme for Thought', which includes spoken passages of Oscar Wilde's poem 'The Ballad of Reading Gaol.' This 40th Anniversary Edition of the album sees a full remaster.
PRICES ON PIRANHARECORDS.NET DO NOT REFLECT THE PRICES IN OUR RETAIL STORE LOCATION. "IN STOCK" ON PIRANHARECORDS.NET DOES NOT REFLECT 'IN STOCK' AT OUR RETAIL LOCATION, HOWEVER IT MEANS WE HAVE QUICK ORDER FULFILLMENT (GENERALLY 2-3 BUSINESS DAYS).
This website uses cookies to personalize content and analyse traffic in order to offer you a better experience.
I accept Learn More
back to top