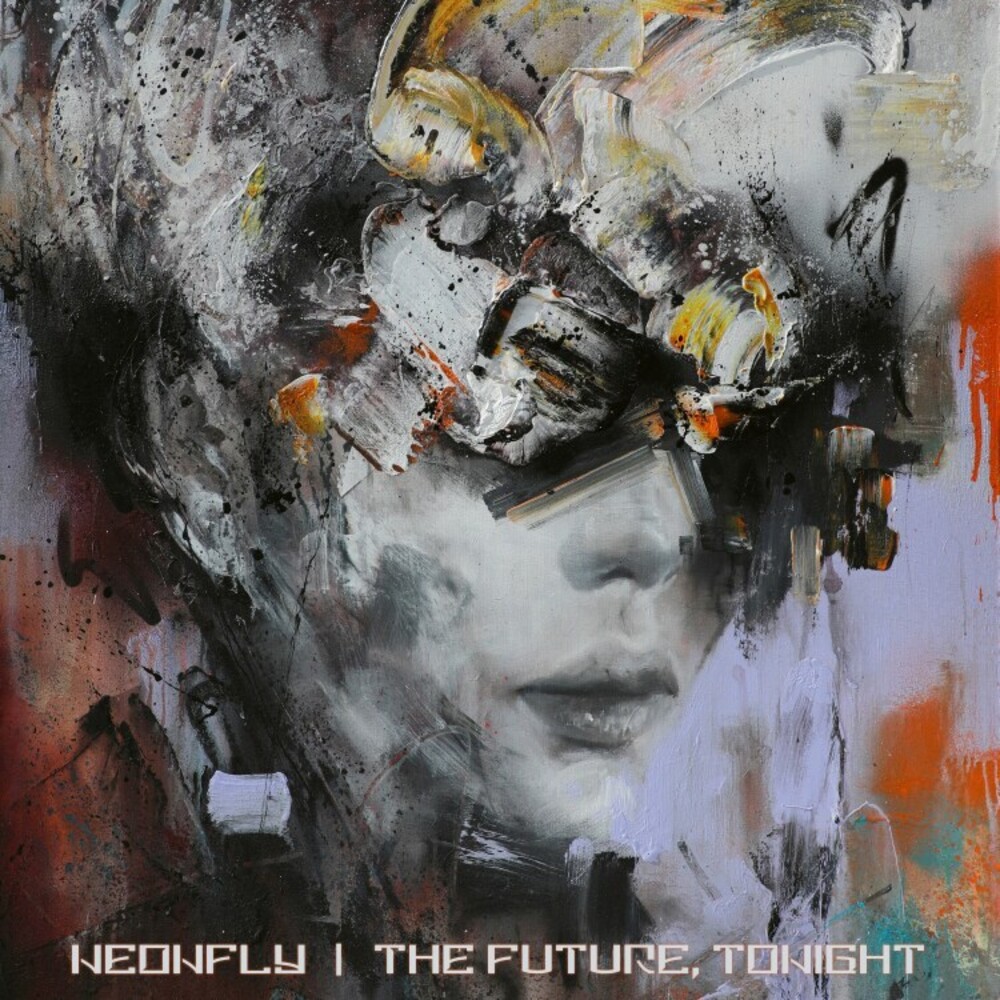 Neonfly, formed in 2008 as the brainchild of guitarist and composer Frederick Thunder, took the heavy music scene by storm, releasing two highly acclaimed full-length records and an unforgettable debut EP to date. The four-piece have played countless tours with acts such as Sonata Arctica, Dragonforce, Epica and Alice Cooper to name just a few, and appeared at a raft of prestigious festivals notably Download, Bloodstock and Masters Of Rock. On their upcoming third album, Neonfly shows no signs of slowing down: "The Future, Tonight" not only features 10 modern rock anthems, heavy yet catchy allied with hard-hitting riffs, big metal grooves and decidedly socially conscious lyrics, but also signposts a new musical direction and a new creative era for the band. "The Future, Tonight" was produced by Grammy award nominated producer Romesh Dodangoda (Bring Me The Horizon, Motörhead), with keyboards and orchestra arranged by Miro Rodenberg (Avantasia, Kamelot). The stunning album artwork has been painted by Korean artist Gyeong Hwan Noh "Noma".
PRICES ON PIRANHARECORDS.NET DO NOT REFLECT THE PRICES IN OUR RETAIL STORE LOCATION. "IN STOCK" ON PIRANHARECORDS.NET DOES NOT REFLECT 'IN STOCK' AT OUR RETAIL LOCATION, HOWEVER IT MEANS WE HAVE QUICK ORDER FULFILLMENT (GENERALLY 2-3 BUSINESS DAYS).