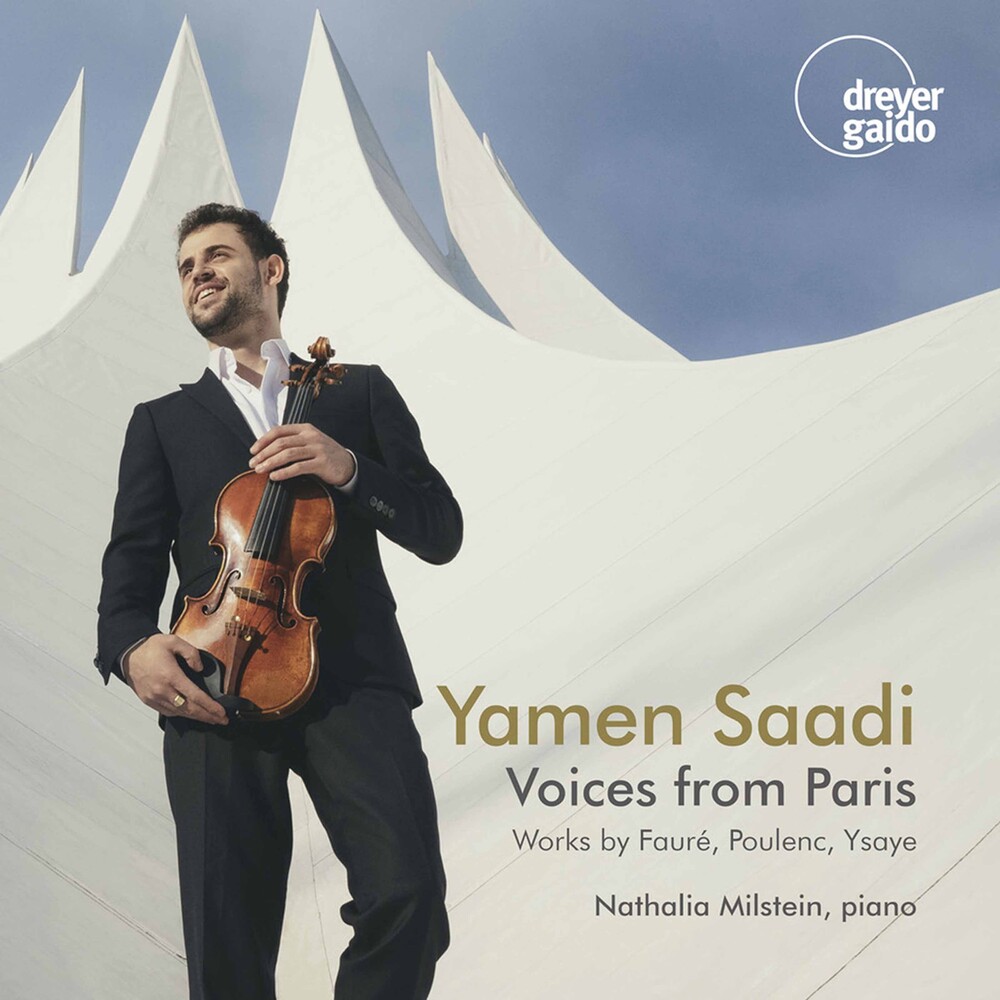 Yamen Saadi was born in Nazareth in 1997. He started to study the violin at the Barenboim-Said Conservatory in Nazareth, and after that began to study under the guidance of the renowned Israeli Philharmonic Orchestra Concertmaster, Chaim Taub. At only 11 years old, Saadi joined the West-Eastern Divan Orchestra, conducted by Daniel Barenboim. 6 years later he served as concertmaster of the orchestra. VOICES FROM PARIS is the debut album of this outstanding young musician. Saadi is a numerous prize winner of competitions and scholarships such as 1st prize Aviv Competition, The Prince von Hessen Award, 1st prize Paul Ben Haim competition, 2nd prize Clermont competition, AICF scholarships. Saadi is currently playing on a violin made by Antonio Stradivari 1734, the "Ex Lord Amherst of Hackney, Ex Fritz Kreisler" and a beautiful Jacob Eury bow, both generously loaned to him by Stephan Jansen on behalf a member of the Stretton society. Born in 1995 to a family of musicians, Nathalia Milstein starts the piano at the age of 4 with her father Serguei Milstein, and completes her studies with Nelson Goerner at the Geneva Haute Ecole de Musique as well as with Sir AndrĂˇs Schiff at the Barenboim-SaĂŻd Akademie in Berlin. Nathalia launches her international career in 2015 by winning 1st Prize at the Dublin International Piano Competition and has been since then touring extensively around Europe, appearing in major concert halls and festivals, as well as with orchestra with, among other conductors, Mikko Franck, John StorgĂĄrds or Arie van Beek. In 2017 she was awarded the Young Soloist Prize by the MĂ©dias Francophones Publics.
PRICES ON PIRANHARECORDS.NET DO NOT REFLECT THE PRICES IN OUR RETAIL STORE LOCATION. "IN STOCK" ON PIRANHARECORDS.NET DOES NOT REFLECT 'IN STOCK' AT OUR RETAIL LOCATION, HOWEVER IT MEANS WE HAVE QUICK ORDER FULFILLMENT (GENERALLY 2-3 BUSINESS DAYS).
This website uses cookies to personalize content and analyse traffic in order to offer you a better experience.
I accept Learn More
back to top