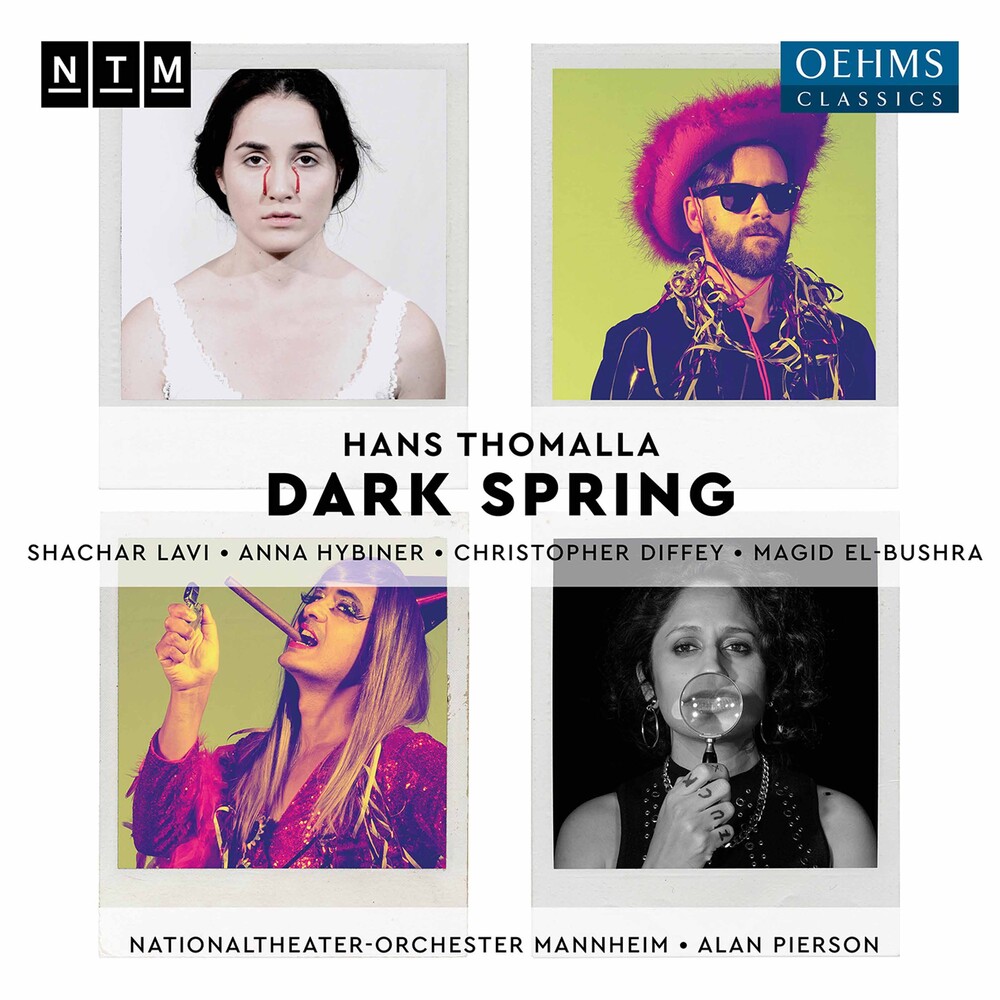 Dark Spring is an opera about four young people under extreme pressure: the pressure to overachieve academically, to score high in the popularity contests at school or at college, and to perform romantically or sexually. The pressure has become entirely internalized as parents or teachers are absent and the protagonists are left alone with late capitalism's demands of permanent self-optimization. The conflict between the expectation to succeed on the one hand and the sense of powerlessness and unattainable self-determination in an era of constant stagnation on the other hand grows increasingly acute until it eventually flips into violence: into Melchior's sexual aggression and Moritz suicide. The opera focuses less on the narration of the four young protagonists' story but rather on their attempt to articulate and understand the often contradictory feelings that come with it: Feelings of meaninglessness and alienation in a society that values only productivity and success but makes it unreachable for almost everyone; feelings of pain both as suffering and as sexual experience; feelings of love and kinship that briefly appear between the protagonists that nevertheless bring a sense of vulnerability. In a hyper-competitive world the display of emotions is seen as a weakness and a liability. The longing to open up to someone else, to reveal and feel oneself and one another, and to find an expression for that longing seems unsettling and dangerous. The four protagonists of Dark Spring sing songs. They articulate their feelings through the mask of the distancing formalization of rhyme, meter, stanza, and refrain. Under the surface of the objectified schemata of song an almost raw and undomesticated sound-world simmers, though, that breaks through at crucial points of the plot - a sound-world of noise, screams, and silence.
PRICES ON PIRANHARECORDS.NET DO NOT REFLECT THE PRICES IN OUR RETAIL STORE LOCATION. "IN STOCK" ON PIRANHARECORDS.NET DOES NOT REFLECT 'IN STOCK' AT OUR RETAIL LOCATION, HOWEVER IT MEANS WE HAVE QUICK ORDER FULFILLMENT (GENERALLY 2-3 BUSINESS DAYS).
This website uses cookies to personalize content and analyse traffic in order to offer you a better experience.
I accept Learn More
back to top