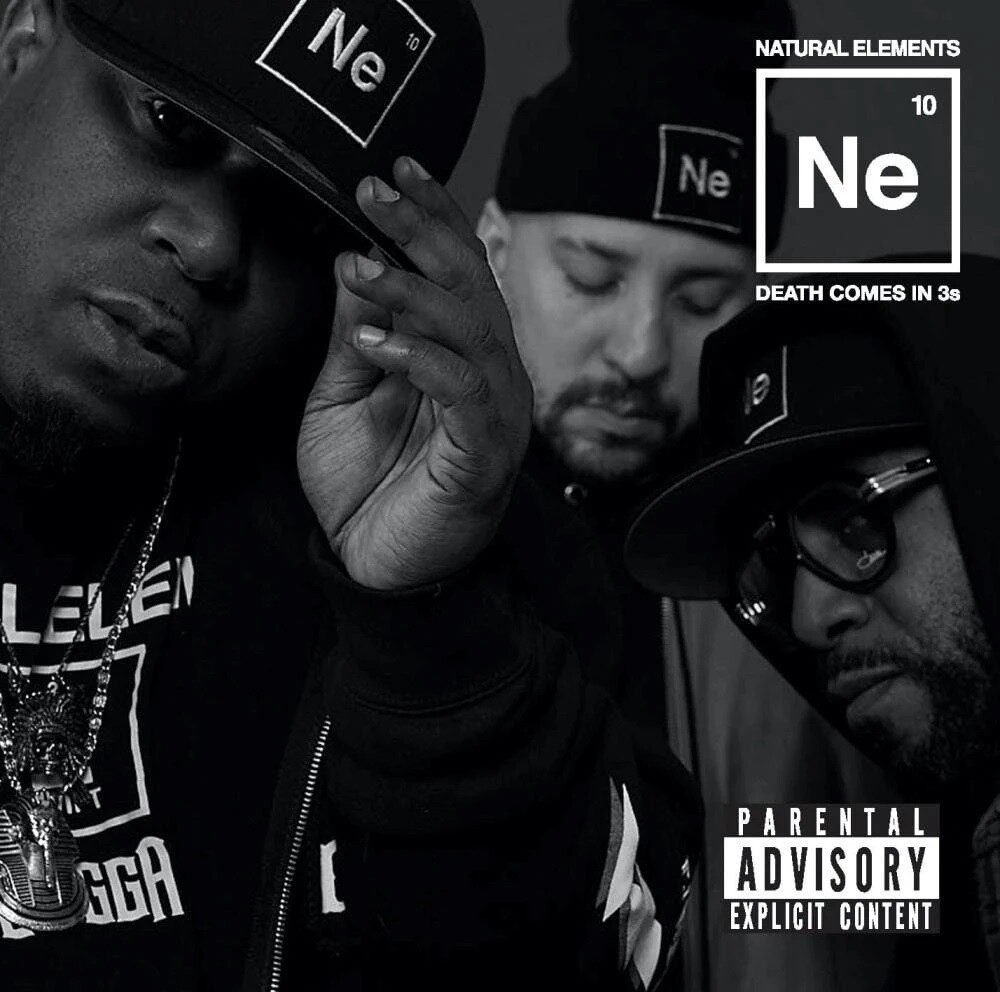 With so many ways to release NEw music in recent years (besides the traditional method of the "standard" album) Natural Elements decided to begin releasing 3 Song EPs starting in 2018. These 3 volumes were released solely via digital streaming service platforms and became known as their "Death Comes in 3s" series.Now for the first time, the "Death Comes in 3s" Deluxe Edition is NOW Available on Vinyl & CD through 'NE4LIFEnt' in collaboration with Belgian label 'Hip-Hop Enterprise'!The "Death Comes in 3s" Deluxe Edition on vinyl includes the original 9 tracks from the compilation of the three Volumes of 'DeathComesIn3s' as well an exclusive bonus track. The 'Vroom NEmix' is the remix to the original 'Vroom' solo track released by group member Swigga f.k.a. L-Swift. The vinyl edition will be limited to 500 total copies, and will come in 2 colored versions of 150 copies each and 200 standard black copies.The "Death Comes in 3s" Deluxe Edition on CD includes the same 10 tracks as the vinyl BUT will have an extra 11th track on top! 'DroNEs' is dedicated to the legendary Hip-Hop Group 'The Roots' (who they have toured with and have done live freestyles with individually which are infamously floating around the internet. The CD edition will be limited to only 350 copies and once they are gone that's it!This 11 track project contains production by Charlemagne (Natural Elements original long time producer) as well as J. Armz, Haydn Davies and GxBxT. Natural Elements' vibe and cohesion is still as amazing as 25 years ago, and more importantly they are staying true to their style which made them fan favorites from the get go."Death Comes in 3s" Deluxe Edition by the legendary Natural Elements is available now for pre-order in the US through Fat Beats! Order Yours TODAY! #NE4LIFE