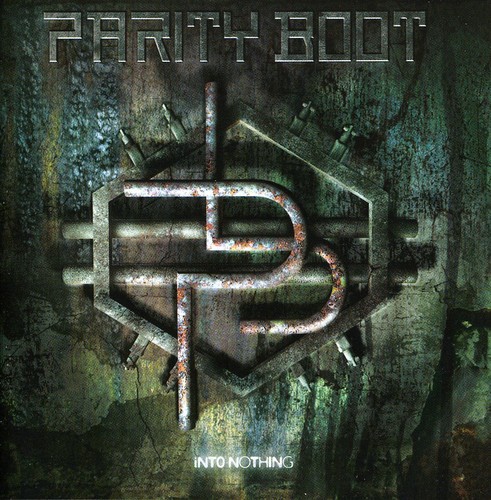 Into Nothing
Artist: Parity Boot
Format: CD
New: Not in stock
Wish

Named the Hamburg Industrial metal band has probably after the dreaded boot sector virus from the nineties. The basic sound is instantly reminiscent of Strapping Young Lad and Devin Townsend, who has been with security as a model sponsor, which is meant as a compliment. In between, shimmers and classical thrash, anything by Fear Factory and Static-X in slow moments. To speak of a copy would, however, completely out of place. It is audible to an original mixture and placing a scent own efforts. Thus, in some choruses shine through sometimes a little bit melancholy to be installed very slow parts. Parity Boot make it easy to spray this certain coolness and nonchalance that you need for this type of music. The production, where the band itself has created hand is knotless and can easily compete with larger budgets. Do It Yourself was also announced at the cover artwork and the casual Into Nothing-Video. After Fear Factory modified somewhat weakened and Strapping Young Lad, unfortunately, are at least on ice, it's nice to have such a horny replacement drug on hand. There are no major criticisms of the album is not really. I.
PRICES ON PIRANHARECORDS.NET DO NOT REFLECT THE PRICES IN OUR RETAIL STORE LOCATION. "IN STOCK" ON PIRANHARECORDS.NET DOES NOT REFLECT 'IN STOCK' AT OUR RETAIL LOCATION, HOWEVER IT MEANS WE HAVE QUICK ORDER FULFILLMENT (GENERALLY 2-3 BUSINESS DAYS).
This website uses cookies to personalize content and analyse traffic in order to offer you a better experience.
I accept Learn More
back to top