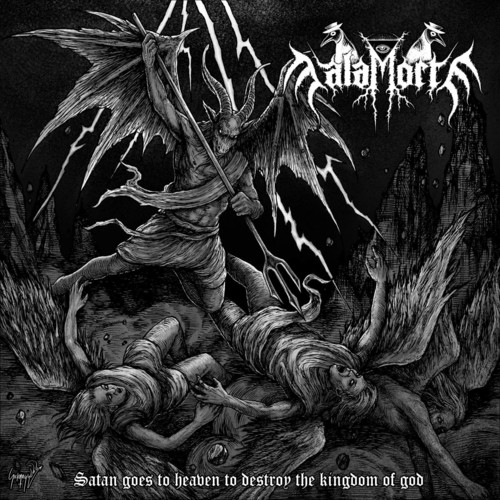 2017 release. Originally a black metal band with screeching vocals, Rome's Malamorte earned an excellent reputation in the underground with one EP (The Fall Of Babylon, 2014) and an album (Devilish Illusions, 2016). On their album Satan Goes To Heaven To Destroy The Kingdom Of God, they present unblemished occult heavy metal with some doom influences. Stirring vocals influenced by King Diamond meet up with the outstanding, dark atmosphere of early Death SS classics. Sometimes with a little touch of black metal. Doom influenced melodies and dark organ sounds give a brooding charm to the album.