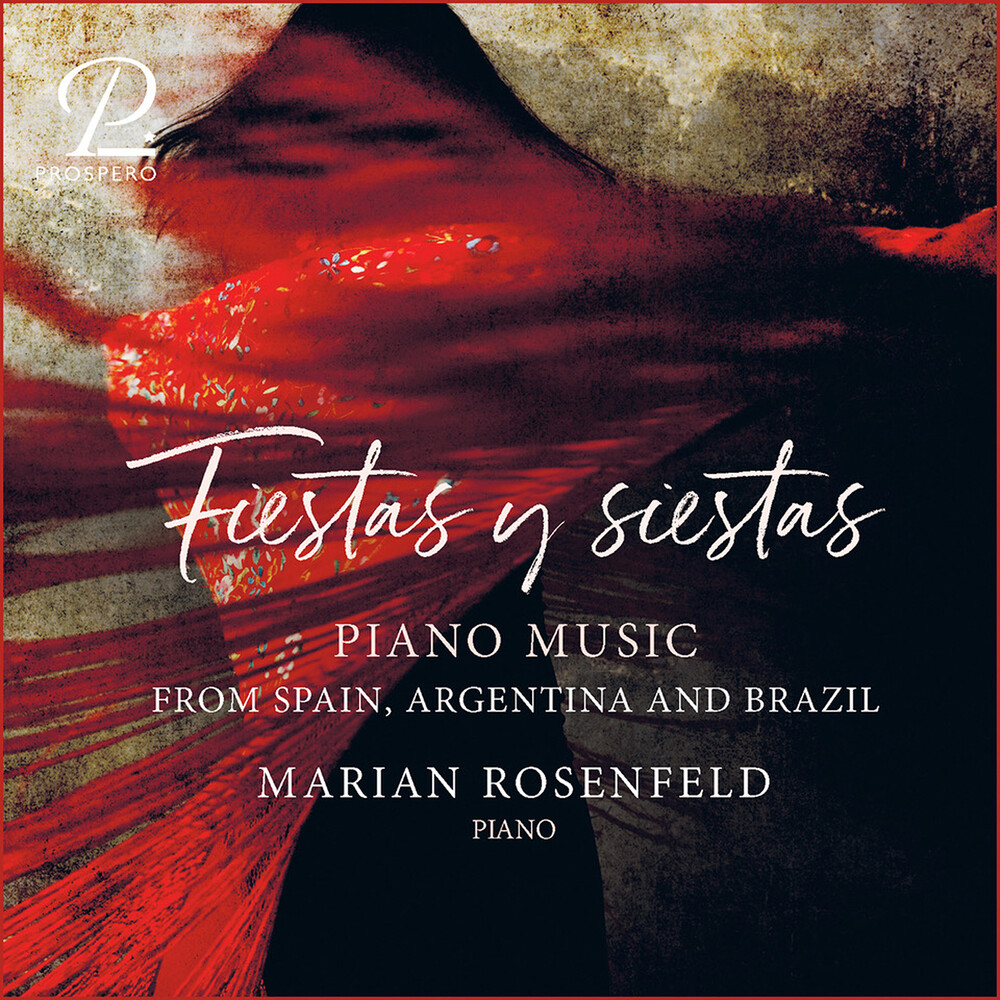 This delightful album contains an interesting Spanish and Latin-American piano program with Swiss pianist Marian Rosenfeld. Unknown and highly appealing works by Turina, Villa-Lobos and others are highlighted. Marian Rosenfeld immediately captivates the audience with her intensity: her passionate and personal playing leaves no one untouched. Born into a family of musicians in Lucerne, she was accepted into Homero Francesch's master class at the Zurich University of Music at the age of thirteen and made her debut at the Tonhalle Zurich at the age of fourteen. With second prize at the Eurovision competition for young musicians in Copenhagen in 1986, she is still the most successful Swiss in this competition. Further prizes and awards as a soloist or as a chamber musician followed, e.g. nationally the multiple award of the study prize of the Migros-Genossenschafts-Bund or a well-known sponsorship prize of the city of Zug, as well as the international competition of the ARD (in a duo with her brother Rafael Rosenfeld) and the International Robert Schumann Competition in Zwickau. Building on this, concerts followed in leading houses in Europe, including Vienna, Salzburg, Lisbon, Berlin and London (Queen Elizabeth Hall, Wigmore Hall).
PRICES ON PIRANHARECORDS.NET DO NOT REFLECT THE PRICES IN OUR RETAIL STORE LOCATION. "IN STOCK" ON PIRANHARECORDS.NET DOES NOT REFLECT 'IN STOCK' AT OUR RETAIL LOCATION, HOWEVER IT MEANS WE HAVE QUICK ORDER FULFILLMENT (GENERALLY 2-3 BUSINESS DAYS).
This website uses cookies to personalize content and analyse traffic in order to offer you a better experience.
I accept Learn More
back to top