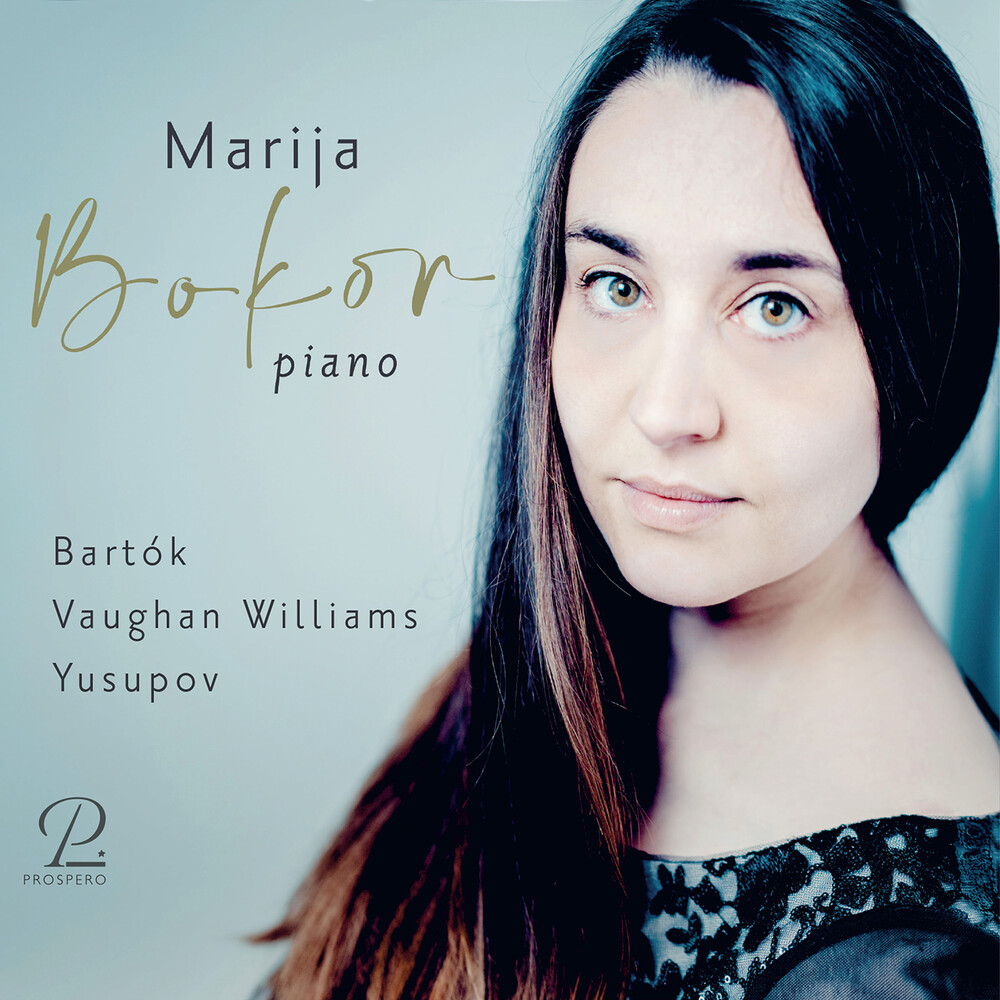 An exceptional piano recital recently recorded by Swiss pianist Marija Bokor: Works by BartĂ˛k, Vaughan-Williams and Benjamin Yusupov (b. 1962). BĂ©la BartĂłk's "8 Improvisations on Hungarian Peasant Songs" was completed in 1920. After the "15 Hungarian Peasant Songs", the "Improvisations on Hungarian Peasant Songs" are the second work by BartĂłk to bear those peasant songs in it's title. BartĂłk himself later described the way in which folk melodies are confronted with refined avant-garde sounds as an "extreme limit". In terms of motives, too, he breaks up the song structures so radically that the title "Improvisations" best describes his approach to folk music. Ralph Vaughan Williams' six piano pieces from the "Charterhouse Suite" are a sequence of charming and delightful English-style dances. The music harks back to the composer's school days at England's elite Charterhouse School. The score is colorful and light-hearted, and one wonders why these pieces have not long since found their way into the standard repertoire of pianists. Benjamin Yusupov's compositions are based on both Western and Eastern musical traditions, drawing especially on musical traditions of various Jewish ethnic communities with the goal of creating a new style of Israeli music. Marija Bokor has selected the following works for her recital: Subconscious Labyrinths, Metaphor, Melancholy & Crossroads No.2. Exciting music worth discovering!
PRICES ON PIRANHARECORDS.NET DO NOT REFLECT THE PRICES IN OUR RETAIL STORE LOCATION. "IN STOCK" ON PIRANHARECORDS.NET DOES NOT REFLECT 'IN STOCK' AT OUR RETAIL LOCATION, HOWEVER IT MEANS WE HAVE QUICK ORDER FULFILLMENT (GENERALLY 2-3 BUSINESS DAYS).
This website uses cookies to personalize content and analyse traffic in order to offer you a better experience.
I accept Learn More
back to top