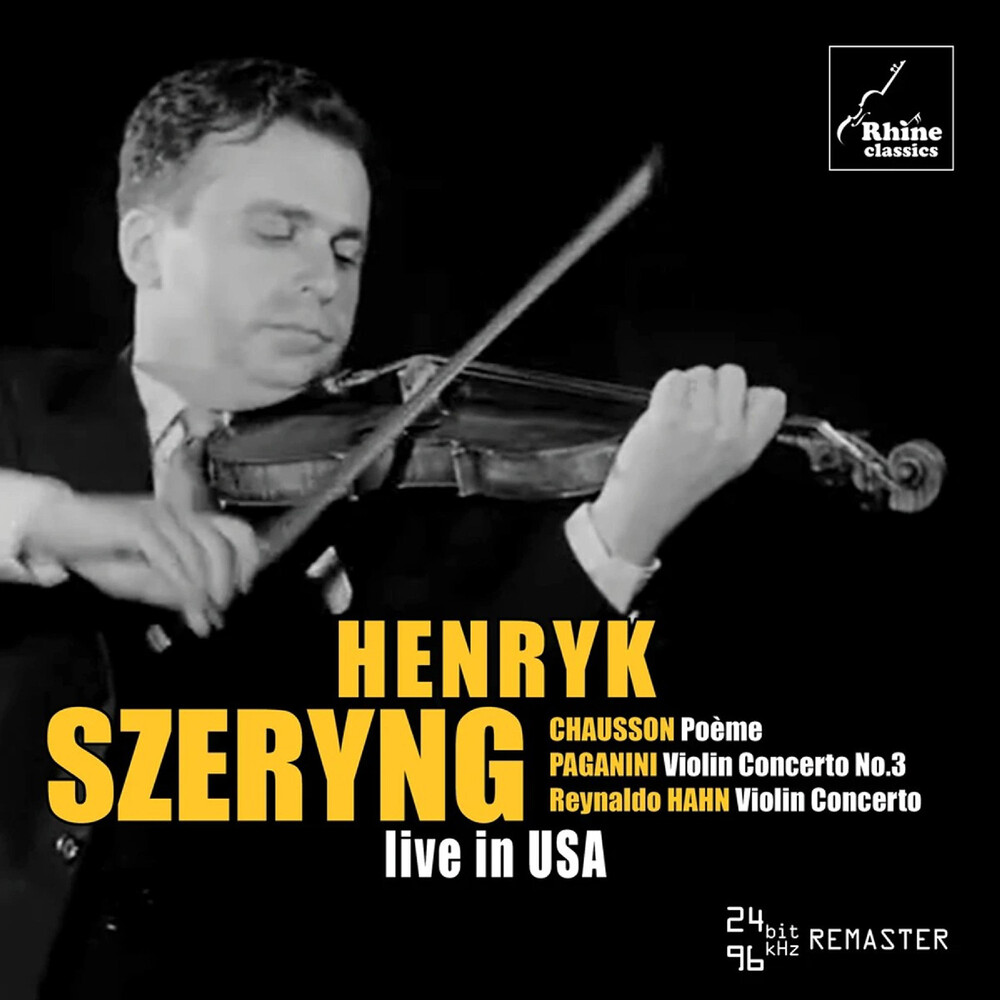 Gary Lemco writes: "My own beguilement with Szeryng came with his performance in 1987 Atlanta with Louis Lane, of the North American premiere of the 1927Concerto by Reynaldo Hahn, the French master of the Belle Epoch. "Ah, yes", asserts Szeryng, "Reynaldo Hahn, the most Parisian of all Parisians, even though he was born in Caracas of German parents. There is even a street in Caracas named for him. I remember meeting him; and even though he was trained as a pianist, he had a natural sense of the violin. Some favor his Violin Sonata. The Concerto is published, but for some reason nobody plays it. The first movement for me is the best and most compact and makes a natural display piece. The second movement is based on a song from Tunis - absolutely genuine- and the finale sings in a typical operetta style. It starts like an extension of the second movement and has tremendous wit and charm. And, to be sure, it is a challenge."
PRICES ON PIRANHARECORDS.NET DO NOT REFLECT THE PRICES IN OUR RETAIL STORE LOCATION. "IN STOCK" ON PIRANHARECORDS.NET DOES NOT REFLECT 'IN STOCK' AT OUR RETAIL LOCATION, HOWEVER IT MEANS WE HAVE QUICK ORDER FULFILLMENT (GENERALLY 2-3 BUSINESS DAYS).
This website uses cookies to personalize content and analyse traffic in order to offer you a better experience.
I accept Learn More
back to top