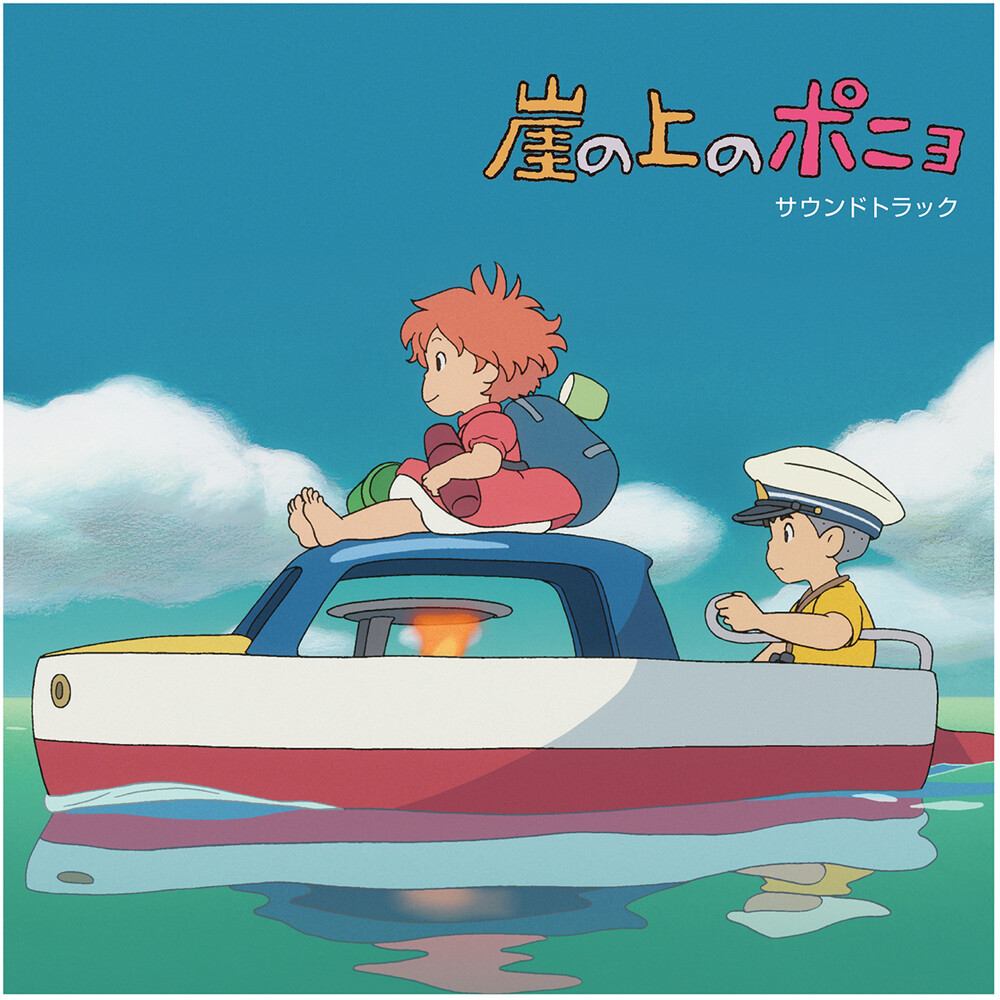 Studio Ghibli's 'Ponyo on the Cliff by the Sea' gets it's first vinyl release, as part of the best-selling vinyl series featuring legendary composer Joe Hisaishi.Featuring an insanely adorable and catchy theme song, the full soundtrack to Studio Ghibli's 2008 anime film 'Ponyo On The Cliff By The Sea' composed by Joe Hisaishi is released on double vinyl, with laser etchings on the fourth side. As well as performances by the New Japan Philharmonic and the Kuriyukai Chorus, the eponymous song performed by Nozomi Ohashi is included.Perfect for audiences of all ages, Ponyo centers on the friendship between five-year-old Sosuke and a magical goldfish named Ponyo, the young daughter of a sorcerer father and a sea-goddess mother. After a chance encounter, Ponyo yearns to become a human so she can be with Sosuke. As to be expected with Miyazaki, the film is awash in pure unbridled imagination and visual wonder - but it is the tender love, humor, and devotion exhibited by Ponyo and Sosuke that form the emotional heart of the film.
PRICES ON PIRANHARECORDS.NET DO NOT REFLECT THE PRICES IN OUR RETAIL STORE LOCATION. "IN STOCK" ON PIRANHARECORDS.NET DOES NOT REFLECT 'IN STOCK' AT OUR RETAIL LOCATION, HOWEVER IT MEANS WE HAVE QUICK ORDER FULFILLMENT (GENERALLY 2-3 BUSINESS DAYS).