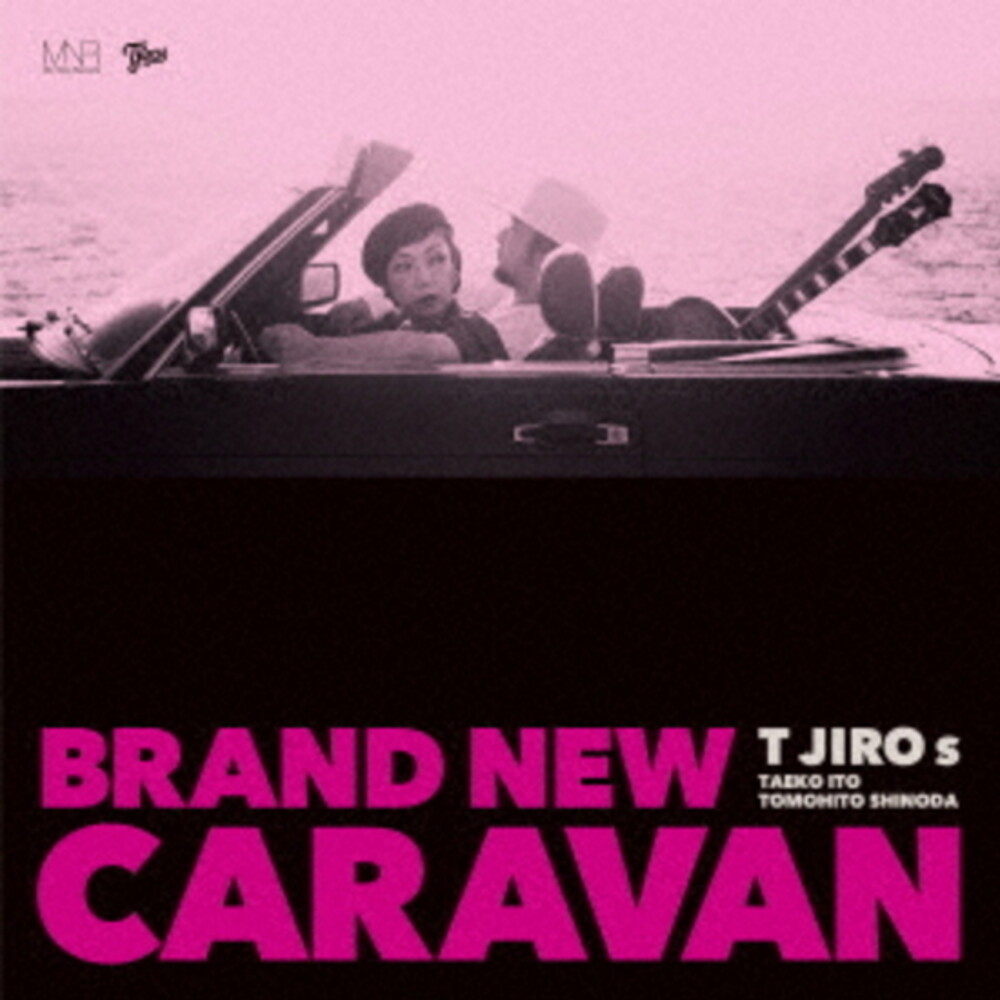 Having formed ten years ago, the latest album from T Jiros BRAND NEW CARAVAN, released last year in Japan, is being released in analog format to the rest of the world. Taeko Ito on guitar and vocal duties, and Tomohito Shinoda on Bass formed T Jiros in 2010 after being involved in a number of different projects, and they instantly struck up a dynamic working partnership based around Ito's full-bodied and attention-grabbing voice harking back to Blues legends of old. This is a release with a varied sound and as they traverse soul and classic rhythm and blues with Ito's vocals reach towering heights as if possessed by the spirit of Howlin' Wolf. There are also tracks here that take a step back with more delicate folk ballads and an atmosphere of singing around a campfire.The band first gathered attention with their song "Hakidame no Ai" being chosen as the lead singer for the 2016 Indie film "Lowlife Love", and they quickly followed up the following year with the release of their self-titled debut album. The very same year marked their Fuji Rock festival debut and performance for NHK television network. Three albums in and the band are more determined than ever to extract powerful expressions from within and drag you into their trajectory.
PRICES ON PIRANHARECORDS.NET DO NOT REFLECT THE PRICES IN OUR RETAIL STORE LOCATION. "IN STOCK" ON PIRANHARECORDS.NET DOES NOT REFLECT 'IN STOCK' AT OUR RETAIL LOCATION, HOWEVER IT MEANS WE HAVE QUICK ORDER FULFILLMENT (GENERALLY 2-3 BUSINESS DAYS).
This website uses cookies to personalize content and analyse traffic in order to offer you a better experience.
I accept Learn More
back to top