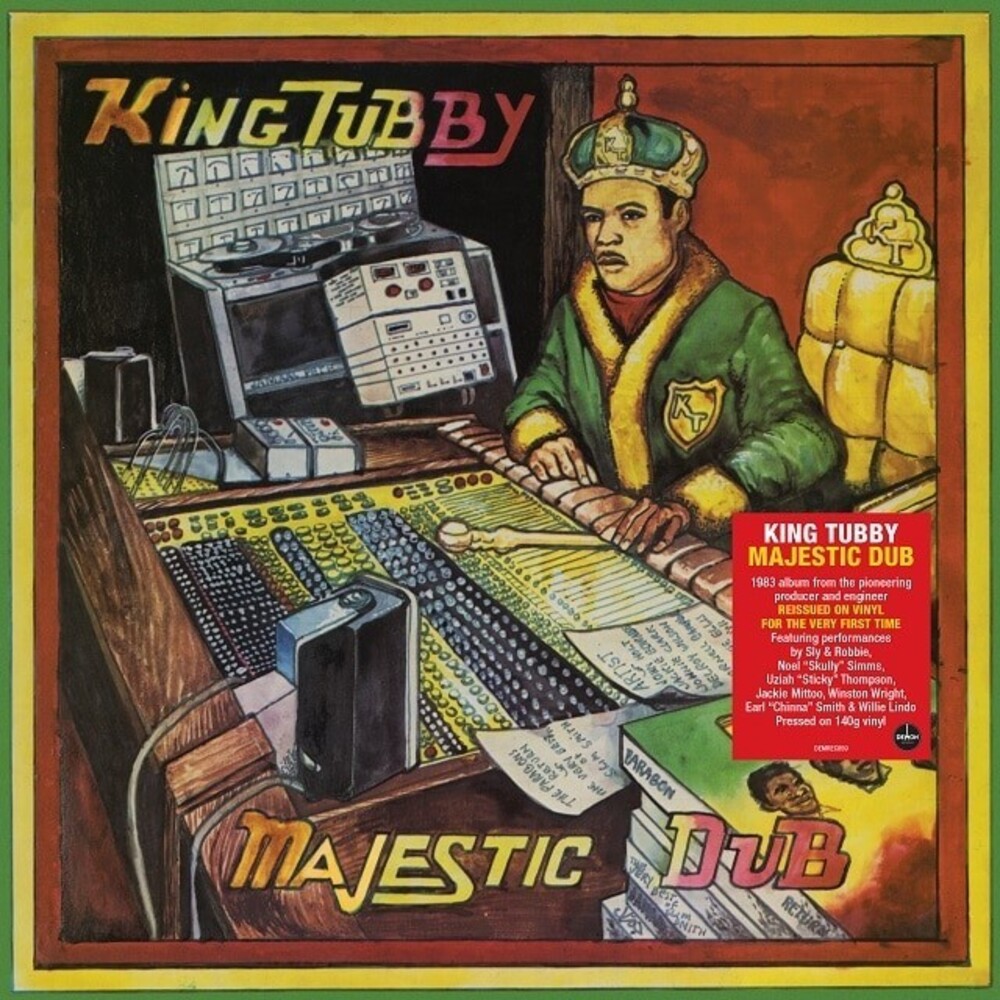 Vinyl
$27.99
DISC: 1
1. Dub Them Under Manners
2. Go in a It Dub Stylee
3. This Is a Natural Dub Stylee
4. Ragga Muffin Dub Stylee
5. Bad Boys Dub Stylee
6. The Best Dub in the Business
7. Majestic Dub Stylee
8. Brighter Shade of Dub Stylee
9. Dubbers Delight Stylee
10. Back Out a This Dub Stylee

King Tubby was the legendary producer and engineer who pioneered remixing and developed dub as an art form in the late 1960s and early 1970s. Today, he is considered to be one of the most important figures in Jamaican music and his influence can be heard in hip-hop, jungle, garage and dubstep. 'Majestic Dub' was first released in 1983 on the British reggae label Star. Recorded at King Tubby's famous Kingston studio, it features performances by legendary reggae session musicians including Sly & Robbie, Noel "Skully" Simms, Uziah "Sticky" Thompson, Jackie Mittoo, Winston Wright, Earl "Chinna" Smith and Willie Lindo. Demon Records is proud to present the first vinyl reissue of 'Majestic Dub', pressed on 140g black vinyl.
PRICES ON PIRANHARECORDS.NET DO NOT REFLECT THE PRICES IN OUR RETAIL STORE LOCATION. "IN STOCK" ON PIRANHARECORDS.NET DOES NOT REFLECT 'IN STOCK' AT OUR RETAIL LOCATION, HOWEVER IT MEANS WE HAVE QUICK ORDER FULFILLMENT (GENERALLY 2-3 BUSINESS DAYS).