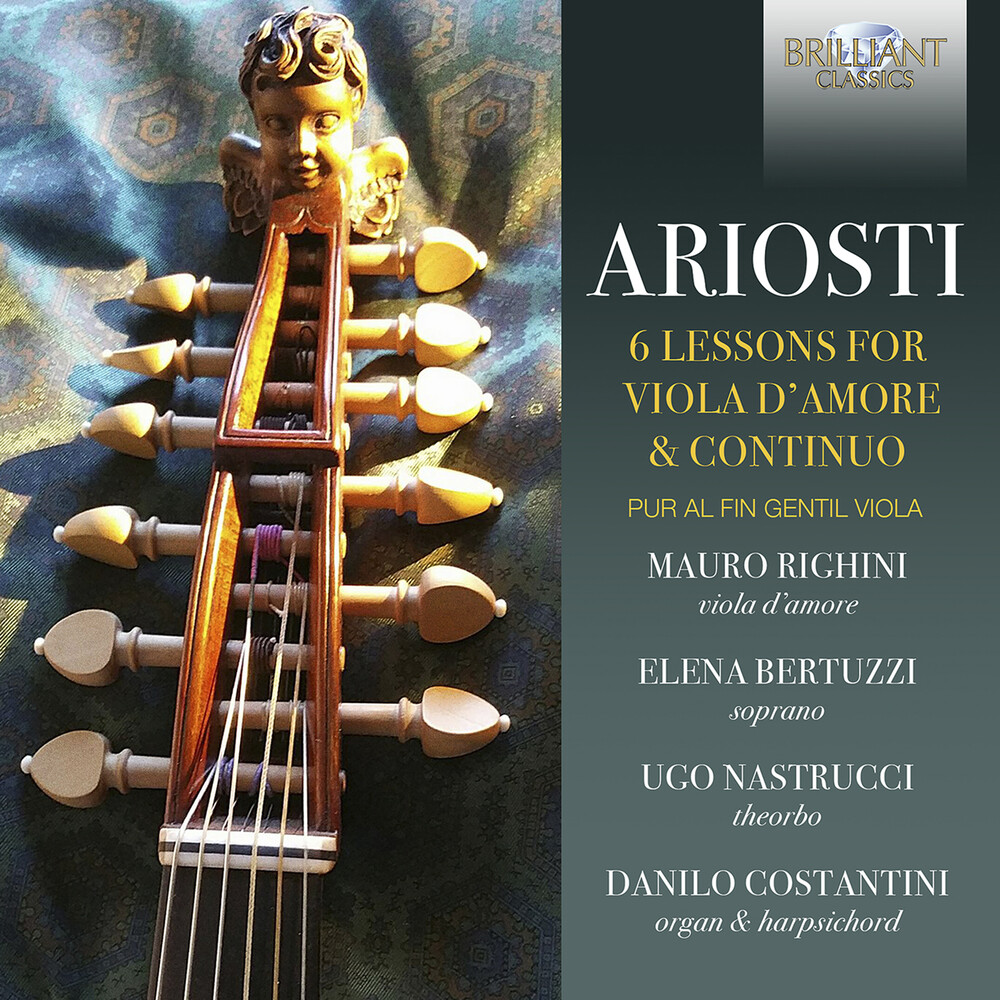 Attilio Malachia Ariosti (1666-1730) was born in Bologna, Italy. Violinist, organist, composer and librettist. He took vows at the order of the Serviti as Frate Ottavio in 1688 and was appointed organist in the church of S. Maria dei Servi in Bologna in 1693. He travelled to Mantua and Venice, the most enlightened musical and artistic centers of northern Italy and then moved to Berlin and lately to Vienna in 1703. Expelled from the Papal State for moral reasons, in 1716 he lived in London where, together with Bononcini and Handel, he became a permanent composer of the Royal Academy. At the King's Theater he played with the viola d'amore in the intervals between the acts, "... a new symphony composed by the famous Mr. Attilio Ariosti in which he will play a new instrument called viola d'amore". The Six Lessons for Viola d'Amore, published in London in 1724 and dedicated to King George, are harmonically and melodically very appealing and were composed expressly to teach violinists to play the viola d'amore. The viola d'amore has six or seven strings and the same number of resonance strings placed under the bridge, that strongly characterize it's timbre.
PRICES ON PIRANHARECORDS.NET DO NOT REFLECT THE PRICES IN OUR RETAIL STORE LOCATION. "IN STOCK" ON PIRANHARECORDS.NET DOES NOT REFLECT 'IN STOCK' AT OUR RETAIL LOCATION, HOWEVER IT MEANS WE HAVE QUICK ORDER FULFILLMENT (GENERALLY 2-3 BUSINESS DAYS).
This website uses cookies to personalize content and analyse traffic in order to offer you a better experience.
I accept Learn More
back to top