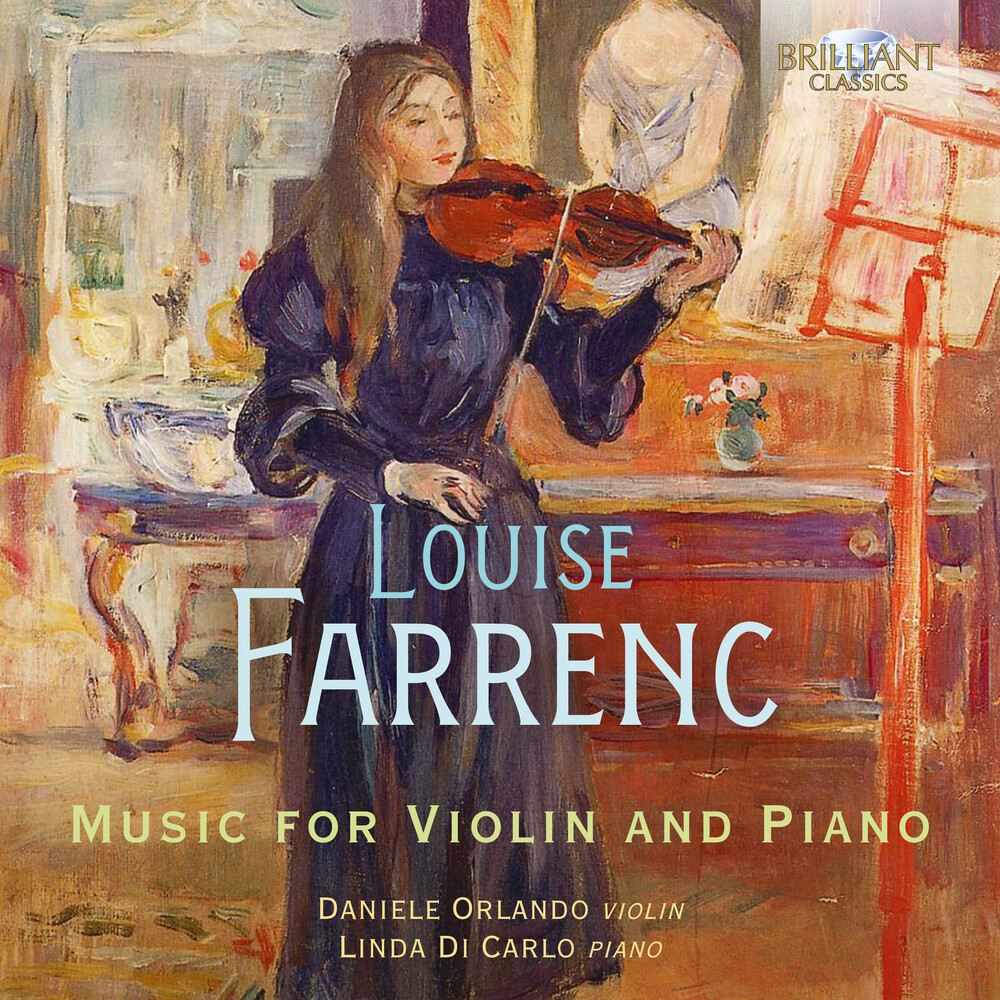 Born in 1804, Louise Farrenc became a professional-standard pianist while still a teenager, and later music teacher to the household of the Duke d'OrlĂ©ans and from 1842 professor of piano at the Paris Conservatoire. Her substantial legacy of composition was largely forgotten after her death in 1875 and is only now being revived. She wrote mainly in the field of orchestral and chamber music: 'I would defy anyone,' says the pianist Linda Di Carlo in a personal introduction to this new recording of Farrenc's music for violin and piano, 'to cast aspersions on the chamber music in particular on the grounds of her gender.' No less than ThĂ©ophile Gautier wrote admiringly of the First Sonata from 1848: 'an excellent addition to her catalogue of works, and written, like most of them, in an austere classical style reminiscent of the great masters.' It was Joseph Joachim, no less, who gave the Second Sonata's premiere in March 1850 at the Salle Ă‰rard in Paris. The sonata opens with a distinct echo of Beethoven's 'Spring' Sonata, and the opera buffa spirit of Mozart hovers over the finale, but the elfin dance of the Scherzo is entirely Farrenc's own, characteristic inspiration. The Variations Concertantes on a popular Swiss melody has more of the perfume of the salon: a work of light and easy charm, written to display the prowess of any soloist. On this recording, the violinist taking up the challenge of Farrenc's subtly challenging music is Daniele Orlando, concertmaster of I Solisti Aquilani with a distinguished discography to his name, including a much-acclaimed recording of Vivaldi's Four Seasons. This 2019 recording is the only budget-priced album available of Farrenc's music for violin and piano: an ideal introduction to a significant figure in 19th-century French music belatedly receiving her due.
PRICES ON PIRANHARECORDS.NET DO NOT REFLECT THE PRICES IN OUR RETAIL STORE LOCATION. "IN STOCK" ON PIRANHARECORDS.NET DOES NOT REFLECT 'IN STOCK' AT OUR RETAIL LOCATION, HOWEVER IT MEANS WE HAVE QUICK ORDER FULFILLMENT (GENERALLY 2-3 BUSINESS DAYS).